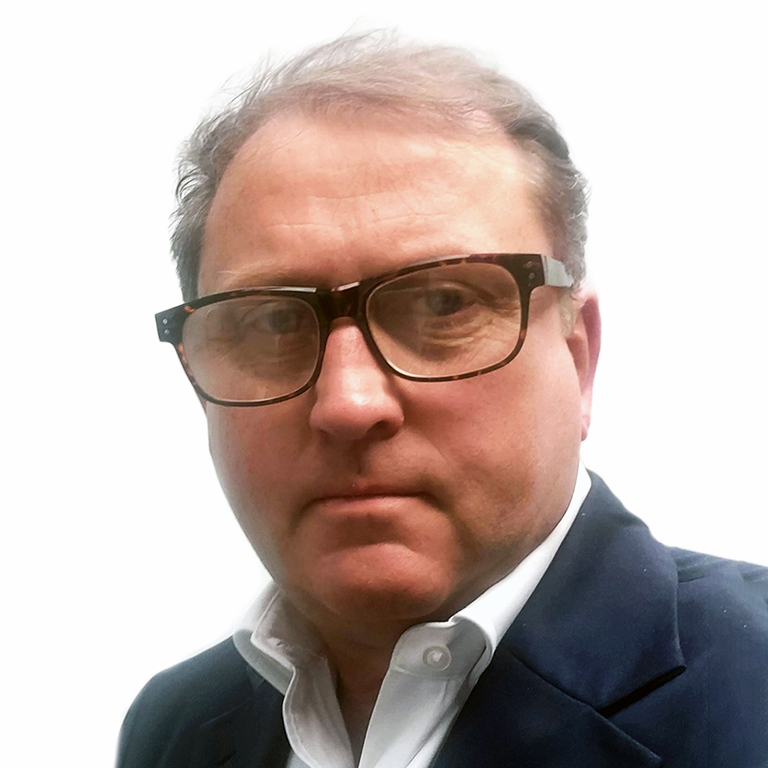 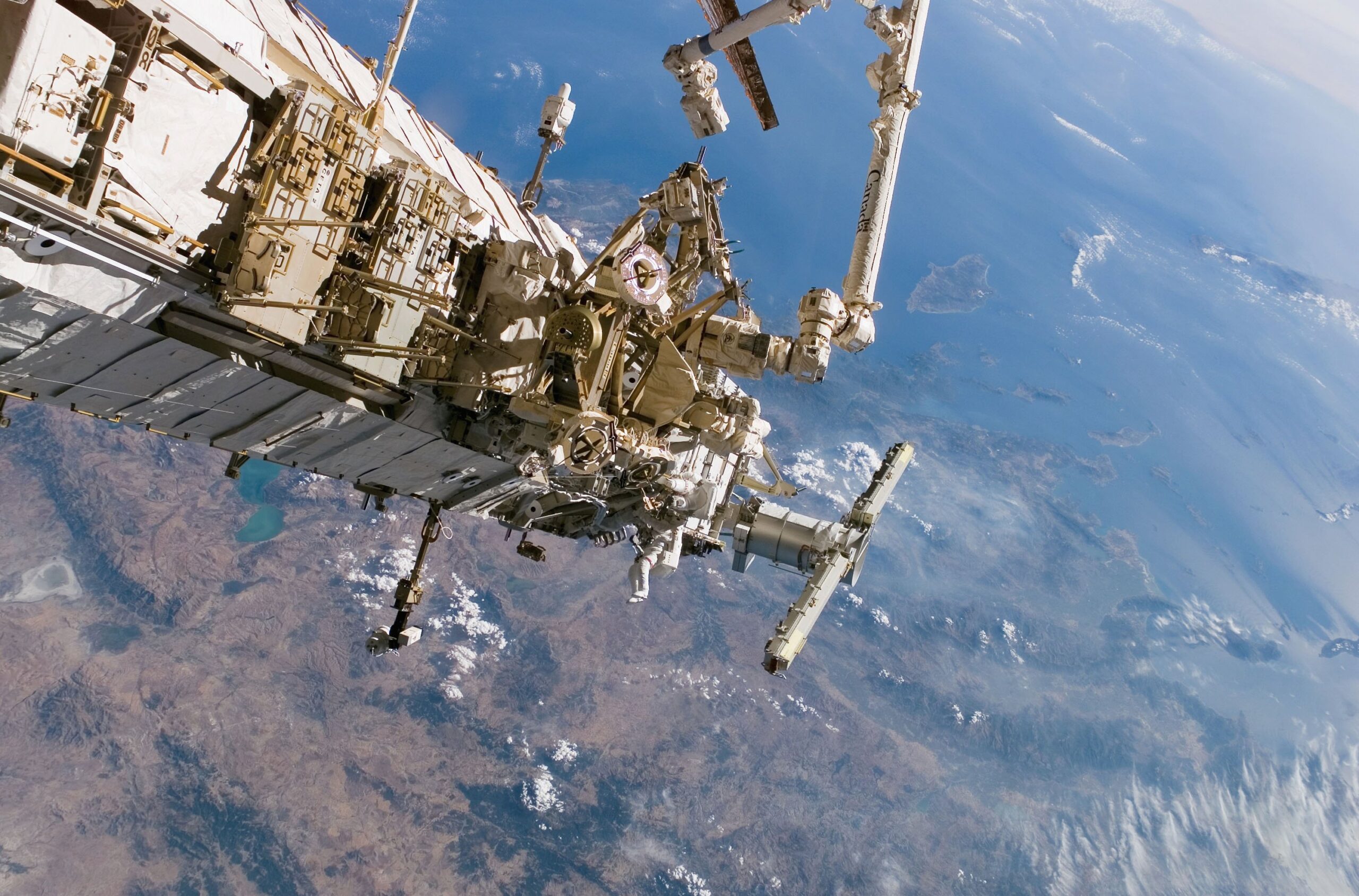 STS-115 mission specialists Astronauts Daniel C. Burbank and Steven G. MacLean, representing the Canadian Space Agency, participate in the second of three scheduled space walks on the International Space Station on September 13, 2006. As satellites and other manmade bodies proliferate in space, so does space junk.

As space exploration from both the private sector and governments continues to grow, not only does the number of orbiting satellites increase, so too does the amount of space junk, or debris.

Every mission to space leaves a debris signature. For example, small fragments of paint are released as a natural consequence of the separation activities between a launcher and its payload. Some debris incursion is unavoidable, but debris mitigation is fast becoming a priority for regulators that license commercial activity.

We have already witnessed the incursion of pollution in general into the Earth’s oceans. Now is the time to take steps so that space does not suffer the same fate and remains sustainable.

What Is Sustainability in Space?

Figure 1: The Number of Objects in All Orbits Has Grown Significantly Between 1960 and 2020

Polluting the sea causes damage to marine life and the marine environment. For humans, this manifests itself in the food chain.

Space is different. Debris, which performs no function, is simply a hazard to another object that is intended to be in space. Orbital paths cross one another, and launching new satellites into space is similar to crossing a three-lane road. There needs to be a gap in each lane to be able to cross safely. If traffic increases significantly, crossing the road becomes difficult.

Why Is Space Important?

The International Telecommunications Union describes space exploration as “the backbone of modern communication technologies.” Behind every phone call, internet search, remote financial transaction, and many other daily activities is space technology.

The presence of space debris may not lead to large hunks of metal falling from the skies. Still, it poses a significant threat to our day-to-day lives. Information from satellites provide our transport systems with global positioning, our banking systems with transaction timing, and our aircraft and shipping sectors with up-to-date and accurate positioning services. We rely significantly on satellites, and most of us engage with 20 to 30 satellites before we finish our morning coffee or send our first work email.

Further commercialization of space will bring even more benefits. There are a host of new applications, including environmental and crop monitoring, more accurate weather forecasting, and the manufacturing in space of industrial and pharmaceutical materials that cannot be manufactured on Earth. These will bring huge benefits to society.

What Is Being Done About the Debris Problem?

Space agencies regulate the activities of commercial actors that operate from their given state. Recently, we have seen increased focus on finding the best way to promote sustainability by mitigating the risk, managing the way space objects are dealt with, and removing debris.

Mitigating the Risk and Managing Existing Objects in Space

Ideally, operations should be conducted in a way that the mission produces minimal debris and leaves little, if anything, behind in space. Operators should be encouraged to commit to behaving as good citizens and construct their spacecraft in a way that reduces the debris signature during launch, operation, and at the end of the mission’s life. The ability for a satellite to be able to maneuver is an important consideration because it means it can avoid a collision. It also means the satellite can be moved to a safe graveyard orbit or deliberately de-orbited at the end of its life.

Keeping as much debris out of space as possible may necessitate coordinating activity to avoid collisions by using tracking and positioning equipment that can determine the precise location of objects. A number of commercial entities are now able to accurately locate the position of objects that are just 1 millimeter in size. This level of accuracy will help operators avoid collisions, which would otherwise increase the amount of debris in space.

The process of active debris removal entails seeking out known hazards, capturing them, and removing them from their orbits so that they no longer pose a hazard to other spacecraft. A live spacecraft connects to a defunct piece of debris and then transports it to a graveyard orbit. This type of mission is more suitable for low earth orbit activity. The debris is “dropped off” in a very low orbit, which causes it to enter the Earth’s atmosphere and burn up on re-entry.

Alternatively, debris can be stored in space. In this scenario, the debris is picked up and placed in a “safe” orbit to make a compact — and managed — debris cloud. Debris in the cloud may even be held in orbiting trash can-type structures. The debris can then be salvaged and materials recycled for manufacturing new hardware in space. While this may sound farfetched, and there are considerable legal challenges to overcome, it is a very real prospect.

The U.K. Space Agency is one of the global space agencies leading the way in these matters: The U.K.’s National Space Strategy sets out a bold vision for the sector, recognizing the need of making space safe and sustainable.

The Intersection of Sustainability and Financing

How Long Before We Get a Collision in Space?

As we move toward greater commercial exploitation of space, with all of the benefits that it may bring, let us not forget one of the most fundamental aspects — funding. The space sector has a new breed of entrepreneurs who bring fresh ideas that will benefit society in ways that we have never imagined. They are in touch with their sustainability and environmental credentials and, therefore, expect more from their suppliers and partners and want the people they work with to share their values.

The prioritization of sustainability features strongly when it comes to accessing financing for space missions. Lenders and investors are today far more focused on environmental, social, and governance issues when it comes to deciding whether to participate in projects. With ambitious sustainability targets, lenders and venture capitalists need to demonstrate to their shareholders and investors that they are making strong ethical decisions.

Access to space is imperative to our day-to-day lives, underscoring the importance that it is protected. The good news is that those involved seem to be engaging with the issue in a more timely manner than we have when it came to protecting the High Seas.

Neil Stevens is a trained lawyer and commercial contracts expert. He is a space law specialist and has extensive experience in space insurance. Neil has advised governments and national and international space agencies. 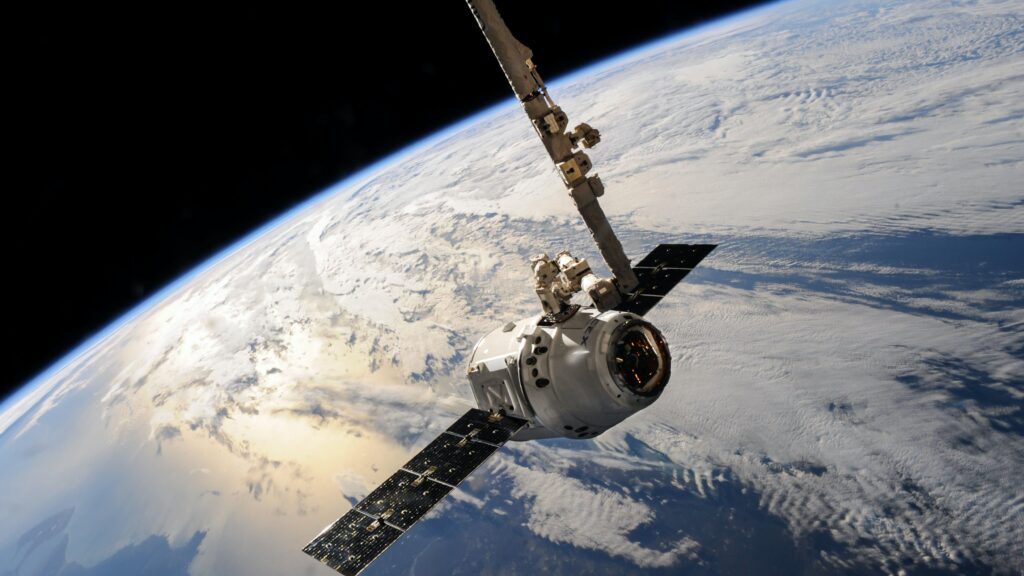