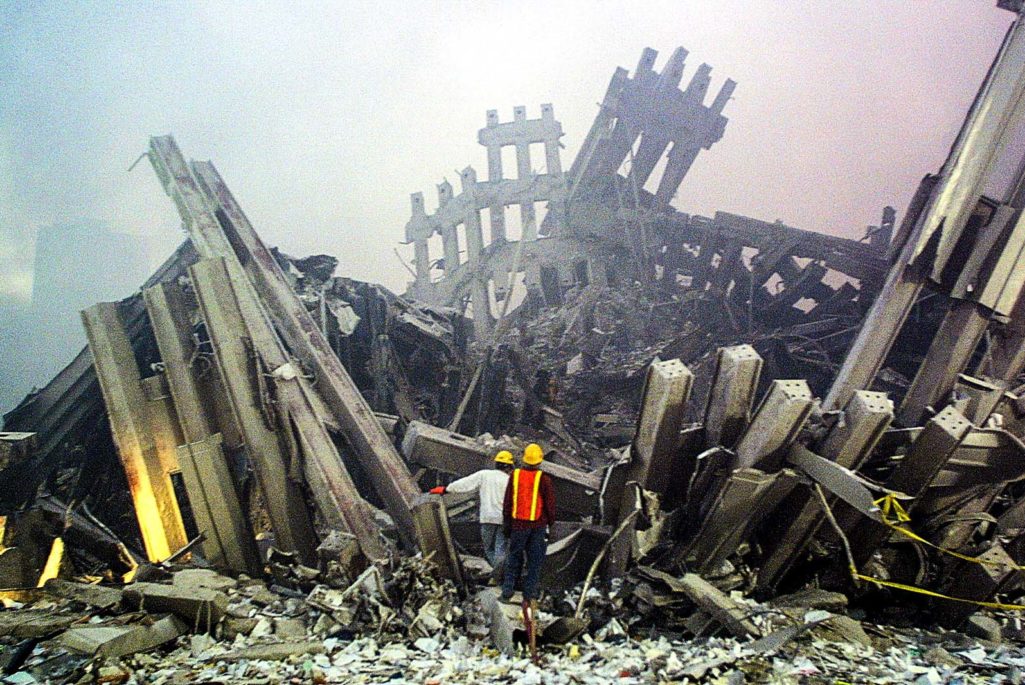 The U.S. has been relatively late in adopting a national terrorism insurance program. In the wake of the Sept. 11 terrorist attacks in 2001—which cost $44 billion in claims—insurers didn’t know how they would cover individuals and businesses against future attacks, and many decided not to offer such insurance. Congress intervened in 2002 to create the Terrorism Risk Insurance Act (TRIA), which established a risk-sharing partnership between the government and the insurance industry, making terrorism insurance widely available.

But TRIA is set to expire on Dec. 31 because Congress failed to reauthorize the program before it finished its term, giving insurers the right to cancel terrorism policies after Jan. 1. A new Congress will take up the issue when it returns to work in January.

BRINK spoke with Erwann Michel-Kerjan, from the Wharton Risk Management and Decision Process Center in Philadelphia, about the value of TRIA and how other countries address the issue of insuring against terrorist acts.

BRINK: For countries dealing with the potential of a terrorist act, why is a terrorism insurance program so important?

Erwann: If a country doesn’t have proper financial protection in place for its businesses and a terrorist event happens, then the financial impact of the attack will be concentrated, multiplied and protracted. Instead of having the loss diversified across a number of insurance and re-insurance companies and the government—spreading the loss across different stakeholders—the losses will be borne completely by the businesses affected in the attack, typically concentrated in a geographic area or an industry, and some of those businesses may just go under. If you don’t have that check coming after a big terrorist attack, and your business—unless you’re a very large, diversified, multinational corporation with many operations around the world—gets 80 percent of its revenue from the attacked city, you may go bankrupt because you have no diversity. This loss of businesses will compound and extend the financial impacts of recovery from an attack.

Insurance can therefore provide the affected economy with a safety net and provides an ounce of stability in an increasingly turbulent world.

A terrorism insurance program based on a concept of public/private partnerships is clear recognition by a country that one, there is an issue; two, there multiple stakeholders; and three, it’s important for the government to be involved as well because it’s not just an insurance issue, it’s fundamentally a national security issue.

BRINK: How are other countries approaching this issue? Only 10 of the 34 OECD countries have terrorism insurance programs in place.

Erwann: Yes, a number of countries ranging from the U.S. to the UK, France and other places have had such programs in place for quite a number of years now.

You have a divide among these ten countries­­—most of them have had a long, historical view on terrorism in that they have suffered from domestic terrorist attacks. In Spain there was al-Qaeda in 2004 and in the UK there was al-Qaeda in 2005, but long before that these countries had to deal with domestic terrorism in a way America never had to. That’s why 9/11 was such a big deal in the U.S. But in these other countries, the discussion about the role and responsibility of the government happened many years ago.

So typically there is a trend here of countries that have suffered terrorist attacks and other countries that don’t believe they are a target for terrorist organizations because they are either too small or they believe they haven’t done anything on foreign policy that will expose them to a terrorist activity. In such countries it’s left to the market to operate. So if insurance companies in this country decide to cover terrorism, that’s their choice, there’s no requirement, and there is no risk sharing with the government.

A terrorism insurance program is not just an insurance issue… it’s fundamentally a national security issue.

BRINK: Are there any key differences in how these terrorism insurance programs are structured?

Erwann: All of them have in common the public/private partnership—that’s a big common denominator. Most national insurance schemes have a threshold at which the government intervenes. And then, everything else is different, because each country has different culture, markets, and philosophies.  So let me give you a few examples. Under the U.S. TRIA program—which Congress failed to reauthorize before they adjourned in December—basically, the insurance companies receive that reinsurance from the Fed for free; the federal government isn’t charging anything for that. You can argue that’s a good idea because if they were to charge, well, the insurance companies would have to charge their clients more.

If you go to Germany, France and UK, in these the government charges something to provide that reinsurance to the private sector. It’s typically about 10 percent of the premium.

Another big difference is that in the U.S. TRIA typically doesn’t cover CBRN (chemical, biological, radiological and nuclear) unless the insurance company itself covers that, but typically insurers don’t want to touch nuclear. So if there’s a nuclear detonation in New York tomorrow, well TRIA isn’t going to pay much because insurance companies are not covering that. In France and the UK CBRN coverage is included; in Germany it’s not.

In France, Germany, and the U.S. it’s pure reinsurance. In the UK it’s a very different setting where the British treasury offers an open line of credit to the national program Pool Re, so if something bad happens, it covers all the loss and can borrow money from the treasury but has to pay it back. In the U.S. you don’t have to pay it back.

BRINK: What are some of the challenges in developing an effective program?

Erwann: You have to bring the right stakeholders around the table. Not just the insurance companies but also the demand side of the market—big businesses—and ask them what they need. What are the issues here? Goes back to my earlier point about nuclear being included in France and the UK not in the U.S.—in France you have a lot of nuclear energy being produced. So the likelihood of someone stealing nuclear product from one of the French nuclear facilities is higher, and that was a big concern.

So first I think you bring the right stakeholders together and then you design it and then the most important thing is to keep it updated, so to speak, depending on how the threat of terrorism evolves. So we’re now talking a lot about ISIS, a very different organization than al-Qaeda was and al-Qaeda was very different from terrorist organizations in the ’90s. So every three to five years, being able to step back a little bit and talk with the intel community in your country and other countries about the evolution of the threat and ask whether your program is well designed for emerging threats.

BRINK: When you convene people and get them around the table and talk, it’s one thing to have policy makers discussing the issue, but to have a really effective program, scientists really have to play a part don’t they?

Erwann: A big question is always one of exposure. Many people will say there is no way to calculate the risk of a terrorist attack. On the one hand it’s very hard to have a likelihood or probability of something happening tomorrow in New York, partly because we don’t have much information. So it’s very different from having a deep database of historical data on car accidents, for instance, so there are technical issues.

The point is, the knowledge from scientists can help you choose the scenarios: Take a look at my facility; take a look at that building; take a look at that aircraft. How much will it cost, if the attack were to happen—forgetting the probability for a moment—if that mode of attack was adopted by a terrorist organization how much would it cost? So that’s what scientists can do. And if you bring in economists and people doing finance, they can tell you not only what the direct loss will be, but can also construct theoretical models and tell you how the economy is going to react, the ripple effect of that attack on the local regional state, national, and international economy.

This interview has been edited for clarity and length.