Beginning May 1st, BRINK Asia coverage will become integrated with BRINK, which will now include more regional coverage on risk and resilience issues.
Risk and the Corner Office

The Alchemy of Geoeconomics 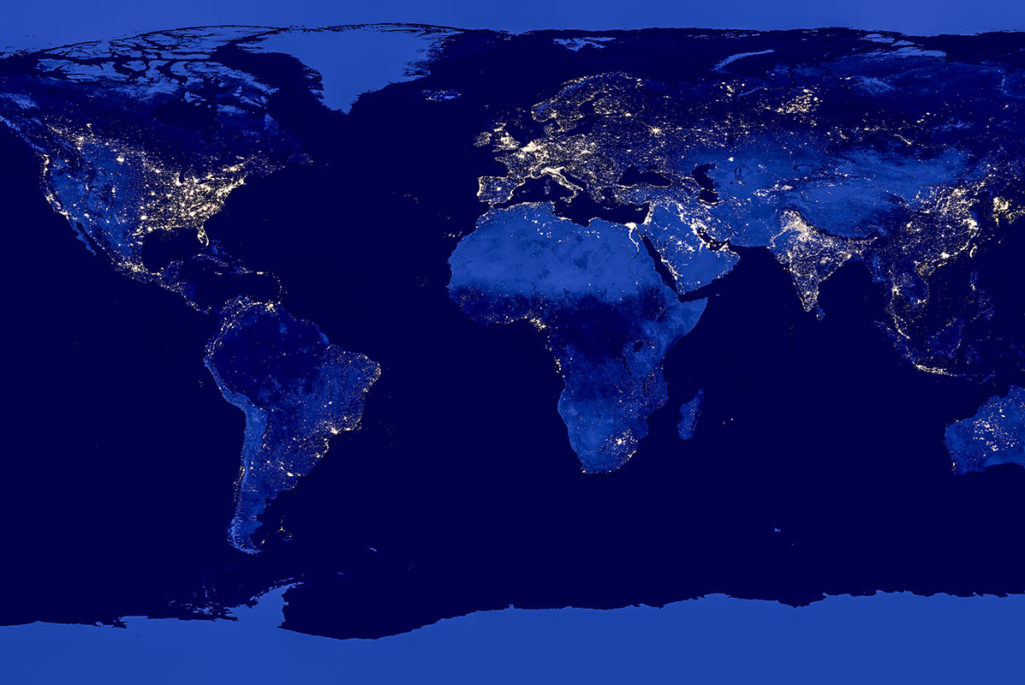 World at night, as seen from NASA's Earth observatory.

Geoeconomics—the study of how economic policies, decisions and actions affect broader relations between nations and/or groups of states—is the subject of increasing study among academic and strategic policy circles.

The roots of geoeconomics can arguably be traced back to Adam Smith who described his work as the study of “political economy,” explicitly acknowledging that economic behavior has knock-on effects on society, politics and human psychology, and vice versa.

Today, almost any economic policy action that governments take, whether it be in the realm of trade, taxes, exchange rates, investment incentives or subsidies has an impact on something else. The bigger or more central to the global economy the country is, the more impactful such actions can be.

A couple of straightforward examples make the point: When China insists on equity stakes in respect to foreign direct investment, it changes not only the economics of a given opportunity but the dynamics of the way in which the entity will be run, the pace and ways in which the operation will grow and develop, and how the hoped-for profits will be divvied up. Similarly, when OPEC holds one of its periodic meetings to determine production quotas, the impact of their decisions affect not just the global oil markets but government and corporate bottom lines, investment decisions and potentially a host of “downstream” issues as well, depending on the magnitude of what has been decided. The same is true with respect to the recent decision by the U.S. government to exit its involvement in the Trans Pacific Partnership (TPP) accord.

The objective of this piece is not to comment on any of these decisions or to get into a detailed examination of how or in what ways such actions can impact a given entity or nation, but, instead, to underscore that in today’s integrated global economy these economic decisions will have wide-ranging implications, many of which may not be appreciated at the time the action is initiated, that this will continue to be the case in future, and that these decisions are therefore (a perhaps under-appreciated) foreign policy instrument. In other words, they are or can be risky.

Dialogue about economic policy is fraught with misrepresentation and oversimplification for political effect.

Such actions need to be holistically and objectively considered and vetted much as key strategies and tactics are looked at in the context of enterprise risk management. The dialogue with respect to prospective U.S. trade policy (most specifically reflected in the discussions of the TPP and NAFTA), driven by the recent presidential election and its aftermath, provides a concrete example where this did not occur. Instead, what we heard from both sides was the rhetoric of misrepresentation, second-guessing and oversimplification for political effect.

In the interest of enhancing the dialogue and reducing risk, a few suggestions on how such discussions could become more productive:

1—While jobs are certainly important, there is a lot more than jobs at stake in such deliberations: how markets will operate, what legal frameworks and norms will be employed, how disputes will be resolved; what provisions will be made for revisiting aspects of such agreements that prove unworkable or unsatisfactory; and how to handle intellectual property/patents, labor disputes, and full costing (including socialized costs). These are just a few of the devilish details on which the success or failure of any such future accords will turn. In the case of the TPP, it is my understanding that lessons learned on these and other dimensions from previous such exercises were explicitly incorporated into the discussions and the final outcome. Judging how well or how poorly this was done is not on the menu here, but underscoring the importance of doing so in all such future cases to reduce the risks associated with such efforts is absolutely germane.

2—Because these dimensions affect the probability of success, they need to be much more explicitly detailed and considered. Pretending that they are not important or that they can be ignored is self-defeating and increases the risk of failure. Just as is the case in business and finance, all relevant variables should be objectively considered, evaluated and stress tested, and the potential impacts of each should be made known to all stakeholders before any deals are concluded.

3—Bilateralism is unlikely to succeed in a global economy. Almost anything that substantively impacts the U.S. economy has ramifications beyond the realm of a two-party discussion. Those who will (or believe that they will) be impacted by two-party agreements will not stand idly by. They will protect their interests in one fashion or another; anticipating these concerns rather than reacting to potentially unpleasant responses will help mitigate future risks.

There is much more to discuss with respect to geoeconomics than can be covered in one article. I hope to return to this subject in a subsequent piece, as converging on the optimal risk-adjusted strategy to pursue in this regard is critical to meeting the challenges facing every major economy in the world.

Bob Kopech is an adjunct assistant professor of International and Public Affairs at Columbia University. He previously served as vice president and group chief risk officer at the World Bank. Before joining the World Bank he spent 16 years with Oliver Wyman, where he was a vice chairman and managing director and a lead developer of the Corporate Risk Practice. He also founded and led, for ten years, the firm’s Global Emerging Markets Practice. Prior to that, he spent 19 years at J.P. Morgan in a variety of senior positions in Emerging Markets ranging from portfolio management to sovereign debt trading to corporate finance and risk management. He can be reached at: rikopech@gmail.com