The Belt and Road Initiative: Wider Implications for Asia 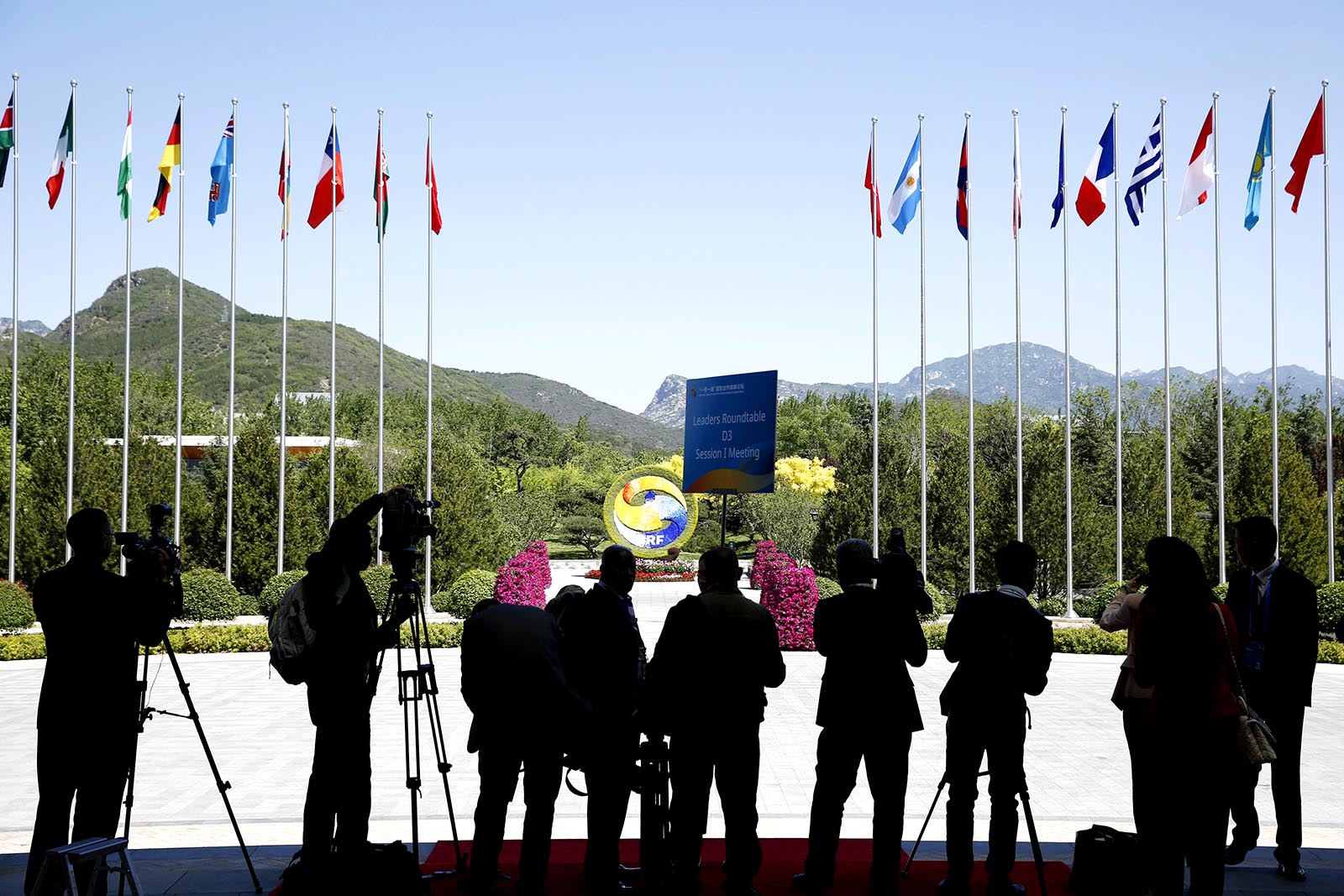 Journalists take pictures outside the venue of a summit at the Belt and Road Forum in Beijing in May 2017. China's Belt and Road Initiative has implications for trade, infrastructure development, physical connectivity, poverty reduction and economic growth.

China’s Belt and Road Initiative is among the defining, prominent geopolitical and geoeconomic developments of our time, with major implications for international trade, infrastructure development, physical connectivity, poverty reduction and economic growth.

In this interview, the first of a two-part conversation, Parag Khanna, senior research fellow at the Centre on Asia and Globalisation at the Lee Kuan Yew School of Public Policy in Singapore, best-selling author and leading global affairs strategist, speaks to BRINK Asia about the BRI’s impact on the Asia-Pacific region, particularly in light of China’s vision, the internationalization of the RMB, evolving trade routes and the rise of Asian cities (and associated challenges).

BRINK Asia: How do you see the Belt and Road Initiative in the context of the supply chain nodes that you describe in your book Connectography?

Parag Khanna: We have to remember that the BRI isn’t just a bottle of wine, but a “magnum,” larger and maturing. China’s vision behind the initiative has been in place for a long time, and we see a clearer manifestation of this vision in the last two decades. At the time of dismantling of the Soviet bloc and the coming together of the European Union, China was establishing trade routes to Central Asia and Europe. So, in that sense, the BRI is a declaration of this vision and China’s intent to engage with the broader global economy in its pursuit.

The BRI is therefore also the “multilateralization” of the vision. The Asian Infrastructure Investment Bank, Chinese private equity funds (often government-backed), [and] the BRI are all initiatives undertaken for a deeper engagement between China and other countries and are designed to drive integration of supply chains and resulting regional trade. The highest market principle will always be supply and demand, and robust infrastructure facilitates and supports that principle. With improving macro fundamentals in Asia and resulting increase in demand for goods and services, infrastructure development as part of BRI is mostly welcomed. And that is why I believe that regardless of immediate popular backlash against BRI you see unfolding—whether in Central Asia or Southeast Asia—the projects will carry on because there is a fundamental demand for better infrastructure as a way to facilitate movement of goods and services in countries across this region.

BRINK Asia: The BRI will probably help with the internationalization of the RMB, especially with the AIIB at the forefront. Could you comment on the implications on the trade balance of other countries in Asia?

Mr. Khanna: Making a sweeping generalization around increased internationalization of the RMB is difficult. However, there is evidence of the growing use of RMB in trade, without a doubt given that most Asian countries run a growing trade deficit with China. People are now even talking about the “petro yuan”— say if China invests in the much-awaited Aramco IPO next year, will OPEC crude be traded in RMB? While China would prefer this increased use of the RMB, its trading partners will struggle unless they hold sufficient RMB reserves. If we examine countries in terms of their share of total outstanding debt and what their cost of capital is, and in what currency, we find that much of that is still in U.S. dollars, but now we are going to make similar calculations in terms of the cost of borrowing to see how these countries can fulfill their RMB debt obligations.

BRINK Asia: You emphasize the growing importance of cities as centers of economic activity. How do you think the major city centers in Asia will evolve with BRI?

Mr. Khanna: We are already seeing so much development in the “city centers” across Southeast Asia—the BRI may not directly accelerate the rapid urbanization that we have seen in the region, but it does reinforce the trend. For instance, we are seeing more investments in countries such as Indonesia and Thailand with the increasing realization among governments that urban infrastructure is quintessential to attracting investments. To fully understand the second-order effect of infrastructure investment, you have to look at the follow-on effects, and it is very clear that there is going to be a significant impact on mobility, employment, and growth in the region as a result of this widespread urban infrastructure development.

With improving macro fundamentals in Asia and resulting increase in demand for goods and services, infrastructure development as part of the Belt and Road Initiative is mostly welcomed.

The economic value of infrastructure investments cannot be accurately calculated as the benefit accrues over long periods of time. Urban centers across the region act as strong nodes in facilitating the increased mobility of labor and also of movement of goods and services, especially in countries where we see an increasing drift towards services and large populations. Lower costs of mobility as a result of increased urbanization have been known to have a very strong positive net effect on communities.

Central Asia is different though—these countries have smaller populations, and BRI can be a strong impetus of further development of urban centers. There are countries such as Pakistan, Bangladesh and Nepal where much development is still sought. Thanks to BRI, we see a strong push in Pakistan. In countries such as Iran which are already urbanized, the focus will be on improving connectivity both within and with the external trade routes.

We will see an increased focus on the development of what are popularly referred to as “Tier-two” and “Tier-three” cities due to BRI as these cities present a lot of opportunity by way of potential for development.

BRINK Asia: As Asia urbanizes, it is faced with several infrastructure-related challenges in its cities. Do you think these are being addressed?

Mr. Khanna: This is a question that is far more fundamental than just the BRI. The answer is mixed—not enough is being done in some critical areas such as public housing. In terms of soft infrastructure, health care and education need a lot more attention in many parts of Asia.

Then if you look at transportation, there are large-scale problems, such as poor infrastructure, and traffic congestion remains a sore sign in many Asian cities. Fortunately, governments across the region mostly recognize the need to address these challenges and stronger policies are being introduced.

Separately, much of Asia’s existing water infrastructure needs to be upgraded, and a lot of new infrastructure needs to be built both for the provision of potable water and for the development of inland waterways. Addressing water inadequacy should be a priority, and not enough is happening in this area. On a related note, there is a need to come up with new pricing mechanisms for infrastructure utilities as the current models are driven by affirmative action and subsidies and therefore do not provide revenue collections in the order of what is needed for beefing-up the utilities infrastructure in line with the growing demand. We will see a lot more privatization of utilities and infrastructure companies, but that is a convergence of economic and political issues that is still evasive in certain countries.

The Philippines, for example, has led quite a strong focus on infrastructure and is pushing very hard on municipal planning around greener infrastructure and also trying to develop public-private partnerships models around the delivery of public services. Elsewhere, India is a strong test case where much has been promised, but execution there can be daunting given the largesse of the population that requires massive scale for any new initiative to result in broader change.