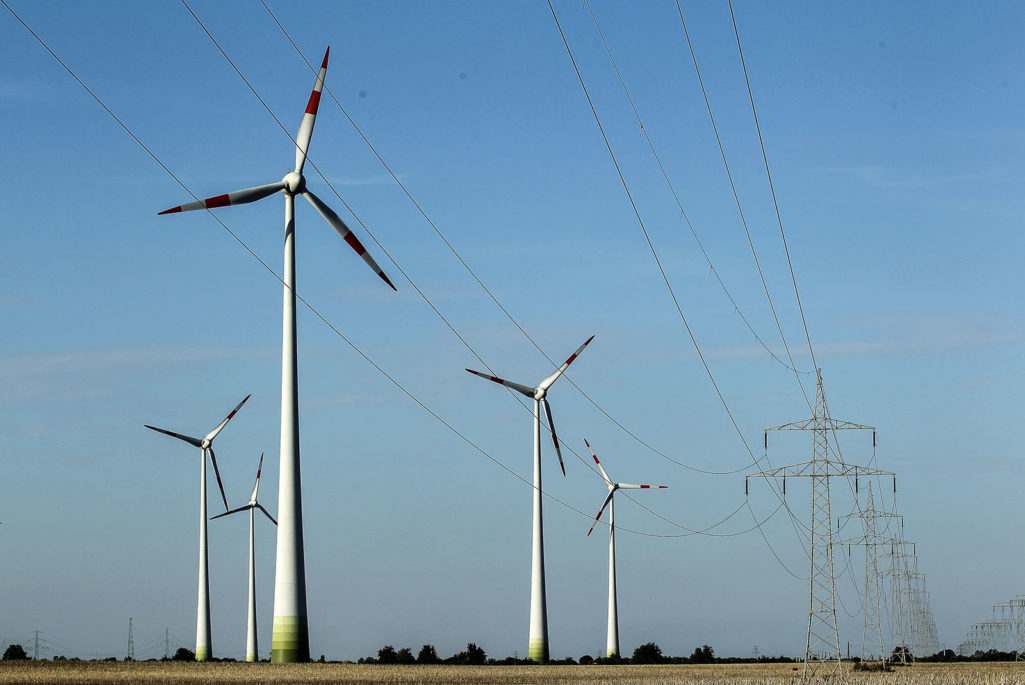 Wind turbines spin to produce electricity near high voltage power lines in Siebenhausen near Bitterfeld, Germany. Germany is investing heavily in renewable energy production, including wind power and solar, and is seeking to produce 30 percent of its electricity nationwide with renewables by 2020.

Climate change will have an impact on investor returns regardless of which scenario of global temperature change unfolds; however, investors can take specific actions to make their investment portfolios more resilient. These investors can be described as  “future makers,” an idea that has been endorsed up by a range of industry commentators, including Prince Charles.

As the UN’s COP21 climate talks continue in Paris, our hope is that the future makers will embrace their role as climate-change “cops,” helping to ensure the optimal climate scenario for the remainder of the 21st century and beyond.

All investors are “future takers” with regards to climate change in that each will be impacted by whatever climate scenario comes to pass. Since fiduciaries have an obligation to inform themselves of relevant risks, in this context, investors should be climate aware future takers, which will enable them to take the steps required to manage associated risks and pursue related opportunities.

Given the systemic nature of climate change risks—beyond adjusting for the potential impacts of political, technological and physical climate risks—investors are increasingly behaving as “future makers” by making a concerted effort to influence which climate scenario comes to pass.

History provides many examples of investors seeking to influence systemic, market-wide outcomes, although traditionally such interventions have focused on financial regulation, a realm more closely associated with the investor domain.

What we see today, demonstrated by investor mobilization around the COP21 negotiations, is a heightened recognition that unmitigated climate change poses a material danger to long-term capital-market stability and growth. Thus, it is in investors’ financial interests to seek to limit global warming to 2 degrees Celsius (the upper limit of “safe,” as agreed to by scientists and committed to as a target by international governments).

Motivations of a Future Maker

The most significant physical impacts of climate change will be felt over the very long term. Mercer’s Investing in a Time of Climate Change report outlines the global and regional changes that could be expected in 2100. Our Fragmentation (4 degrees Celsius global mean surface temperature change) scenarios are associated with coastal inundation (sea level rise of about 70 centimeters), 50 percent less water availability, very high risk of damage from wildfires and decline in crop yields and fish stocks, to name a few.

While avoiding the negative long-term economic, political and social consequences of significant climate change is a motivator for investors to adopt a “future-making” position, it is not the only one. Investing to mitigate and adapt now is widely argued to present a more attractive economic outcome than relying on the concept of greater wealth in the future to provide solutions.

Although many of the worst projected climate impacts could still be avoided by holding warming below 2 degrees Celsius, this would require substantial policy, technology, economic, institutional and behavioral change. For investors, the key question is whether they will actively take a role in encouraging a 2 degrees Celsius outcome in line with our Transformation scenario.

The findings of our study suggest that while this scenario will have negative impacts on some sectors and asset classes, others will stand to gain. Therefore, investors can position their portfolios to minimize the downside impacts and tilt towards the areas that will benefit from swift action on climate change, such as renewable energy infrastructure, sustainability themed equities, real estate and emerging markets.

In short, unless we can transform, we will lock ourselves onto a path of no return—one that leads to a world with less water, stronger storms, less food from both land and sea and ever greater disruption to future generations’ lives and work. Research has shown that the current sociopolitical situation in Syria has been exacerbated by the climate-related drought that has led to a decline in crop production, economic instability and increased urbanization over the past decade.

Investors have two key levers they can use to help influence a 2 degrees Celsius outcome: investment and engagement.

Consider what’s required from the long-term investment community to meet this challenge. Numerous industry groups are working on different components, yet a more concrete plan on how we get from here to there would allow us to coordinate activities for maximum effect.

A Virtuous Circle: By Managing risk, Investors Can Reduce It

While increased investor engagement on climate is taking place, it is arguably not as well-resourced as the combined global efforts to thwart global progress on mitigating climate change. The potential for the virtuous circle to reduce risks and protect long-term portfolio returns is underutilized.

We also see growing instances of successful investor engagement on a range of environmental, social and governance issues such as diversity and human rights in the supply chain.

Over the course of the COP21 talks, we will see increased investor statements and pledges, all committing to utilize investor power to help contain global warming to 2 degrees Celsius. Investors are embracing their role as climate-informed future makers not because it is easy, but because it is hard—and necessary. The COP21 negotiations are neither the beginning nor the end of this journey, but rather an important step along the way.

Below are earlier BRINK articles relating to the “Investing in a Time of Climate Change” report. Click on the following links to read what the report says about: