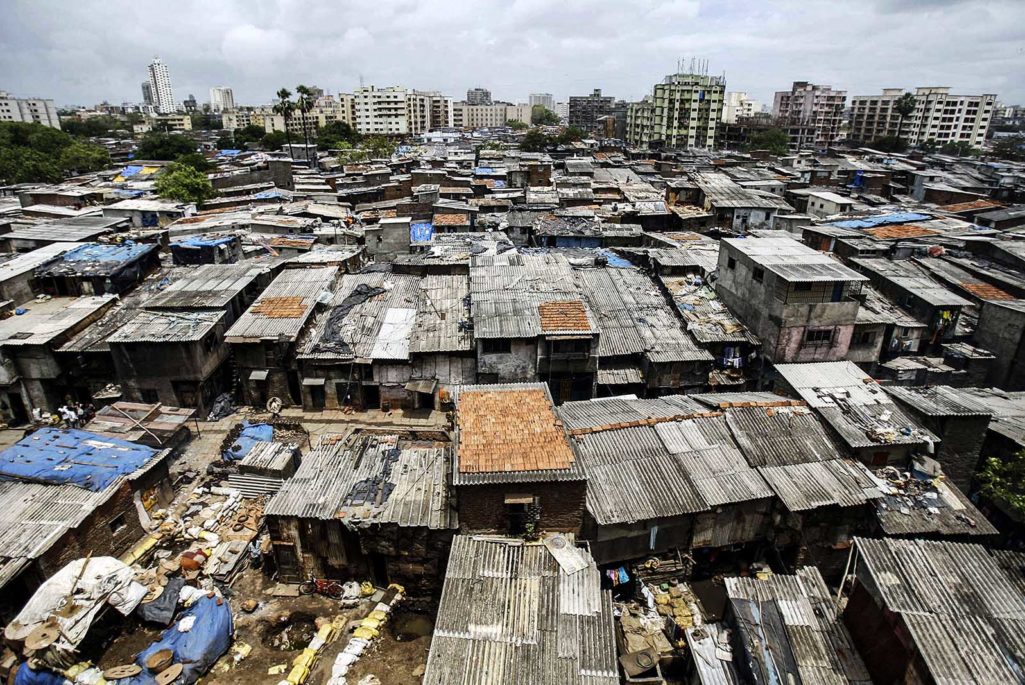 File picture taken on June 17, 2007 shows office blocks and residential buildings (background) towering above the notorious slum colony of Dharavi in Mumbai. Income inequity throughout Asia causes a myriad of problems and threatens the rise of the region as an economic powerhouse.

The growing income and social inequality in Asia could lead to a multitude of problems, such as stunted economic growth, a wider socio-economic divide, deeper polarization and threatened security.

These disparities, woven into the fabric of Asia’s dynamic economic rise, reinforce each other, forming an “inequality trap,” that targets women and the most vulnerable members of society, according to the UN’s Economic and Social Commission for Asia and the Pacific (UNESCAP).

Such a social climate creates uncertainty in terms of governance and thriving investment. Companies will have to sharpen their focus on the geoeconomics of the region and adjust their risk assessment frameworks accordingly when thinking about entering this thriving market.

“Asia is now at a crossroads. It could continue with the existing policies and risk political, economic, social, and environmental sustainability or it could make a turnaround by addressing inequality more seriously in all aspects to sustain its economic progress,” Lilian Mercado, Asia Deputy Regional Director, Campaigns and Policy at Oxfam, said last year.

Mercado was howling at the wind. Just over a year later, her warning gone unheeded, the ills she outlined are creating a volatile social cocktail putting the region’s economies, businesses and people in disarray. The inequality takes two broad forms: inequality in income and wealth, and inequality of opportunity, which results from unequal access to basic essentials such as health and education, among others.

According to UNESCAP, despite the rapid economic growth witnessed across much of Asia, the region still has 85 million chronically malnourished children under the age of five. Eighty percent of workers are not covered by any pension scheme, and just 20 percent of the region’s population has access to affordable health care.

These numbers reflect the glaring inequality in the region and intensify the inequality trap.

“Inequality undermines social cohesion and solidarity. A growing divide between the rich and the poor is often a factor in rising levels of crime and social unrest, undermining trust and weakening bonds of solidarity,” writes Shamshad Akhtar, Under-Secretary-General of the United Nations and Executive Secretary of ESCAP. “In extreme cases, especially where inequality manifests along ethnic lines, it can lead to polarization, radicalization, and even failure of the State.” Implications of the ‘Inequality Trap’

Inequality in Asia threatens economic growth. At its most basic level, unequal access to health care and education in Asia results in lower productivity. The inability of the poor to invest in education, and the resulting absence of a skilled workforce, is one of the biggest factors hurting economic growth.

Third, inequality leads to increased polarization between the ‘haves’ and the ‘have nots’, and this deepening divide contributes to increased crime. It also has the potential to lead to protests and even social unrest, resulting in yet more internal strife. This is already being witnessed across Asia.

The poor’s disillusionment with the ‘system’ can be exploited by populist leaders promising populist economic and redistributive policies, which may hurt economic growth even more, aggravating an already dire situation.

None of this is good news for businesses in Asia. Income inequality poses several risks that could create the very conditions that businesses do not want anything to do with—low productivity, social unrest, political instability, and populist economic policies. These conditions can have an adverse impact on companies’ supply chains, efficiency, costs and eventually, their bottom lines.

For Asian countries, a confluence of these factors will mean a probable fall in foreign direct investment, which is important for the region’s economic growth. That fall has already begun. “Net inflows of foreign direct investment fell by 16 percent globally in 2014, to $1.2 trillion, as a result of economic fragility, greater geopolitical risks and policy uncertainty,” according to the Economist.

There are few things that illustrate the interconnected nature of risk better than inequality. The risks Asia faces are economic, social, and political as well as environmental. And these risks have the potential to damage people, businesses and governments.

For Asia’s current prosperity to be sustainable, its economic boom needs to retool, becoming more inclusive. Investing more in social infrastructure such as public health care, education and housing is one way to prevent the problem from growing. Another way is for governments to implement policies that are redistributive in nature.

While there are clear signs that a few countries in the region—most notably, China—have recognized the risks that come with inequality and are working to address it, a lot more needs to be done. Asia’s economic growth has been impressive, but it now needs to be sustainable, too.