The Long-Term Impact of Brexit: Costs on Both Sides 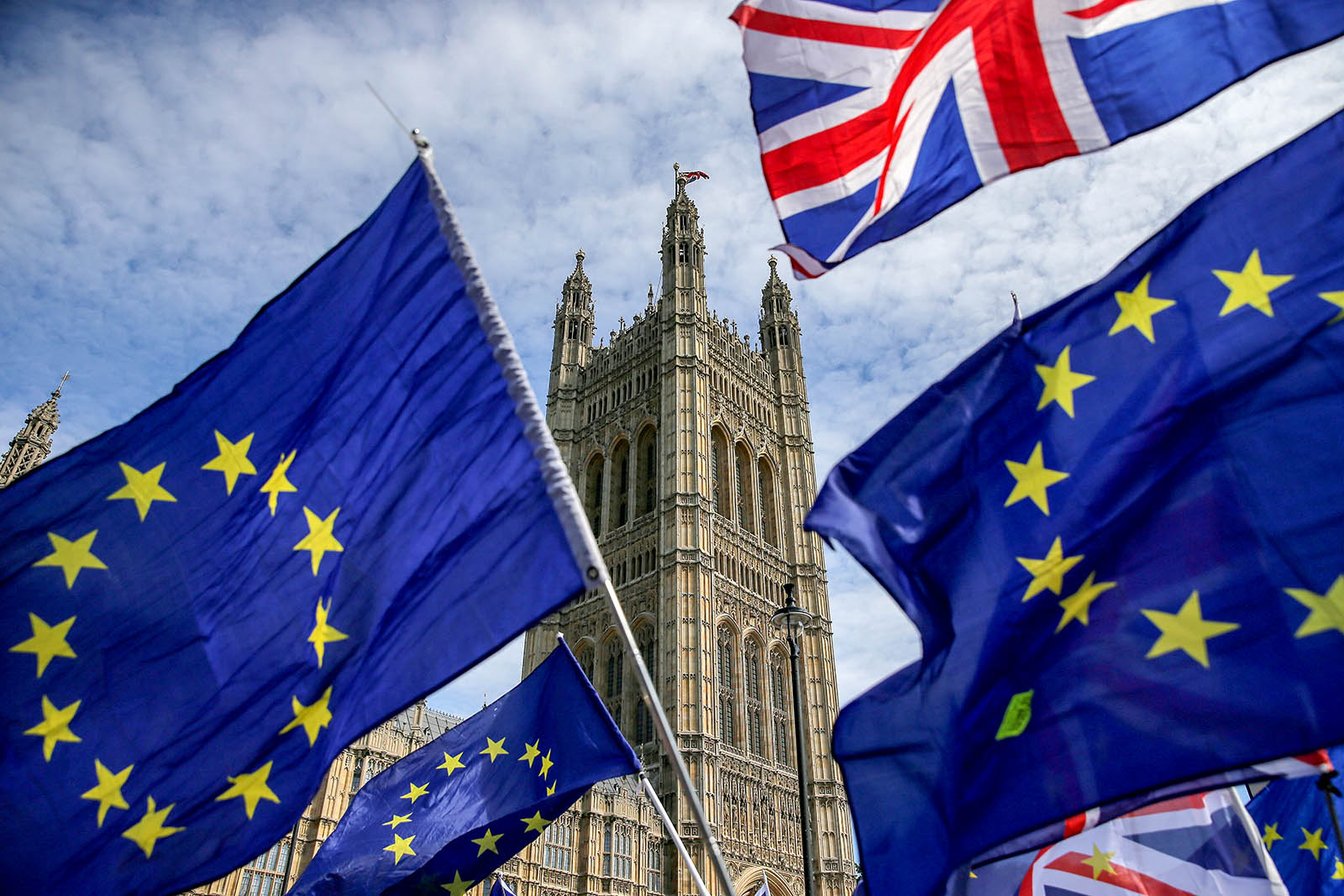 Demonstrators wave European Union and Union flags during a protest against Brexit outside of the Houses of Parliament in central London. In the long-term, different trade standards will lessen or heighten the costs of Brexit.

When the United Kingdom leaves the European Union, higher barriers to trade, capital flows, and labor mobility will affect output and jobs not only in the UK, but also in the remaining 27 EU member states. Since Brexit means both parties will withdraw from a frictionless economic relationship, there will be costs on both sides, as our new study suggests.

Bonds between the EU and the UK run deep: The UK is among the EU-27’s largest trading partners, accounting for about 13 percent of its trade in goods and services. Beside bilateral trade links, there are substantial supply chain trade links between the EU-27 and the UK that involve several countries.

Financial linkages are strong, with gross bilateral capital flows totaling around 52 percent of EU-27 GDP in 2016. Migration flows have also strengthened over time and are very large for some countries, such as Ireland.

A constructed index that captures all these channels of integration indicates growing EU-UK bilateral integration over the past 30 years. The reversal of that integration following Brexit will hurt income and employment in the EU.

If the UK and the EU settle on a standard free trade agreement—with low tariffs on goods trade but with higher nontariff barriers—we estimate that EU-27 real output will be lower by 0.8 percent and employment by 0.3 percent in the long run than in a no-Brexit scenario.

If the parties default to WTO rules, the decline in real output relative to a no-Brexit situation would be even larger, at 1.5 percent in the long run, and employment would fall by 0.7 percent. Under a relatively benign “Norway” scenario (labeled EEA in the graphic below), however, where access to the single market is preserved while membership in the customs union is lost, the decline in output and employment for the EU-27 appears negligible.

The more any country trades with the UK, the larger the Brexit-related hit to its output will be. To shed light on this, we used a country-specific framework to study the direct and indirect trade effects from higher tariffs and nontariff barriers for both goods and services trade. The simulated effects are relatively smaller compared to the estimates presented above, as only trade links are accounted for in the model framework.

We find that EU-27 real output would be lower by 0.2 percent in the long run under the FTA scenario than under a no-Brexit scenario. The hit to Ireland’s income would be the largest in the EU‑27 (about 2.5 percent compared to the no-Brexit scenario), followed by the Netherlands, Denmark, Belgium, and Czech Republic.

This piece originally appeared in the IMFBlog.

Economist in the IMF’s European Department

Jiaqian Chen is an economist in the IMF’s European Department, working on U.K. macroeconomic outlook and Brexit-related issues. Previously he worked on Sweden, Denmark, Turkey, and Israel, and monetary and macroprudential policies in the IMF’s Monetary and Capital Markets Department.

Deputy Resident Representative to the European Union at the IMF

Christian Ebeke is the IMF’s deputy resident representative to the European Union, based in Brussels. He previously worked in the IMF’s European Department, on the euro area team, focusing on structural reform issues.

Li Lin is an economist in the Advanced Economies Unit in the IMF’s European Department, working on euro area macroeconomic outlook, inflation, and external sector issues. Previously she was a desk economist working on Romania (a program/intensive surveillance country) and an economist in the IMF’s Monetary and Capital Markets Department, where she worked on stress testing and systemic risk assessments for countries including Israel, Nepal, and South Africa.

Haonan Qu is an economist on the euro area team from the European Department at the IMF, working on structural reform and Brexit-related issues. Previously he worked on Bosnia and Herzegovina in the context of IMF lending programs, and covered Saudi Arabia and Qatar when he was in the Middle East and Central Asia Department.