The Slow Introduction of Fintech in Japan 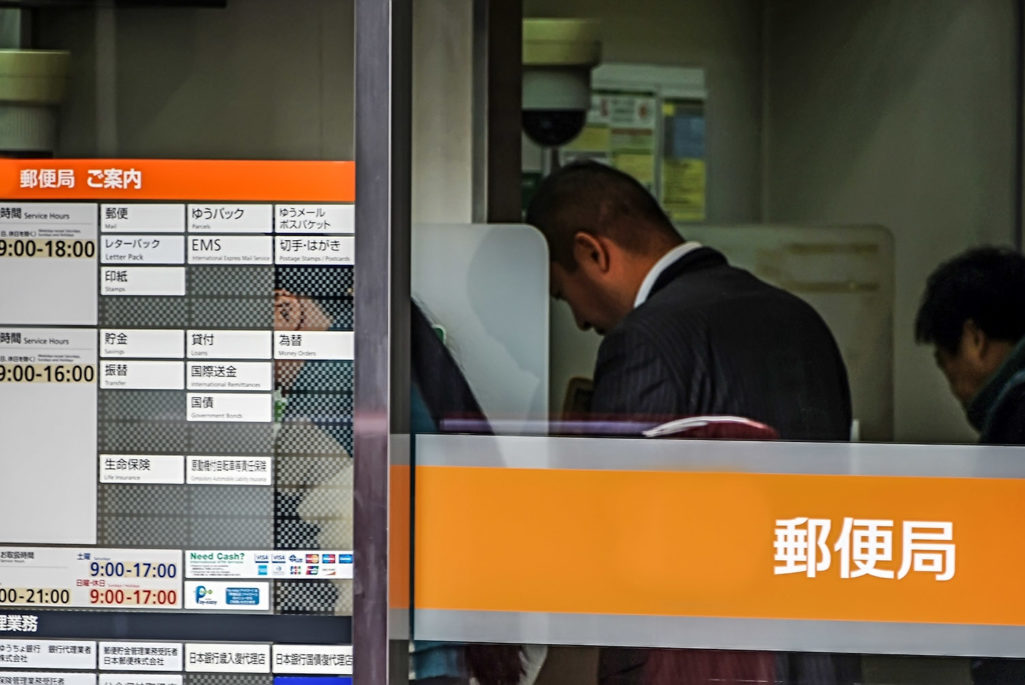 Customers use an ATM at a branch of Japan Post in the Ginza shopping district of central Tokyo.

Japan’s nascent fintech space is growing, but compared to much of Asia, most Japanese institutions have been late movers in adopting the emerging technology.

Fintech became a buzzword in Japan just this year. In 2014, Japanese investments accounted for only 0.4 percent of global fintech investments. In 2015, they doubled, but still hit only $142 million.

There are definite signs that fintech is catching on in Japan: Sumitomo Mitsui Banking Corporation, Rakuten and SBI have all launched fintech funds, while the Bank of Tokyo-Mitsubishi UFJ and Mizuho have invested in fintech companies overseas. Personal financial management is also gathering momentum among smartphone users, and domestic companies such as Rakuten and Coiney are rushing to provide credit card reader services, similar to Square. A bill was passed earlier this year to define and register virtual money traders, paving the way for legitimate bitcoin startup businesses.

Slow Introduction of Fintech in Japan

There is a whole ecosystem that has prevented the grassroots demand for a high-tech money transaction system in Japan. One is the deeply embedded, strong bank-branch culture. According to the World Bank, the number of commercial bank branches per 1,000 square kilometers in Japan was 103 in 2013, one of the highest in the world, and by far the most in Asia.

This is in sharp contrast to countries such as Indonesia, India and China, where the large size of the unbanked population has spurred innovation and adoption of mobile banking and fintech.

Overbanking has been a lingering issue for the Japanese government and commercial banks. Since the 1990s, the government has encouraged consolidation and deregulation in the banking industry. It is an ongoing initiative, with the recent merger of Joyo Bank and Ashikaga Bank being the latest example. The number of banks in Japan has dropped dramatically in this period, to about half compared to the peak years, followed by a consolidation of branches.

Entrants such as Rakuten and Sony have brought creative services into the sector, making the landscape more competitive. Such a shake-up was expected to enhance Japanese banks’ focus on productivity, information technology (IT) investment and global competitiveness.

Whenever the city banks—which were allowed to expand overseas business and were hence pressured to streamline local business—pondered a reduction of local exposure, they had to weigh whether their IT business was promising enough to more than offset such expansion. The banks balance the two in an attempt to buffer against potential failures in any of the businesses. This meant that banks have remained lukewarm to both ideas, which is a retreat from conventional retail business as well as expansion into internet banking.

For example, the three megabanks—Tokyo-Mitsubishi UFJ, Sumitomo Mitsui Banking Corp. and Mizuho—introduced the one-time password system for their internet banking users only this year, betraying the high-tech image of the country held globally. Even today, one needs to wait in a long line at bank branches to pay taxes or transfer a sizeable amount of money.

Another big factor is the prominence of the Japan Post Bank, the world’s biggest bank in terms of deposits. As of March 31, the bank had a nationwide network of 23,879 post offices and 27,314 ATMs. Until 2006, the bank was not governed by the Financial Services Agency. For more than a century before that, it was under the government’s postal administration, and as a result, it was largely independent of the government’s initiative to reform the financial sector. During the decades of streamlining local exposure by the city banks, Japan Post Bank carried on with business as usual, providing good-old branch services to the Japanese public and also limiting consumers’ desire for change in the process.

The strong bank-branch culture in Japanese banking is synonymous with the bank account wiring culture. To this day, businesspeople and consumers are often asked to make payments through wiring, and many businesses still don’t accept credit cards. This is common not only among retainers (such as law firms, accountants and HR service providers), but also stationary retailers, phone companies, printing companies and the like. This comes as little surprise from the businesses’ point of view, given the high acceptance rate of account-to-account transactions. If making payments through bank wiring is so widely taken for granted, why volunteer to pay fees to credit card companies?

There are other lesser-known practical inconveniences in pursuing unconventional banking practices. For example, in most cases, taxpayers need to pay tax from Japanese bank accounts. Also, to wire salaries to employees, most Japanese employers use the clearing network Zengin System. Employers around the country use the system as a direct deposit process for employee paychecks every month. The system is run by the Japanese Bankers Association, an industry body comprising domestic financial institutions. It is easy to imagine the burdensome process companies would need to undertake if they were to change this into a decentralized blockchain-led payment system. It is also easy to imagine that banks, at least until now, saw this system as self-serving.

Second, the very positive image of the Japanese banks—unlike in many parts of the world, particularly since the global financial crisis—gets in the way of entrepreneurial fintech start-ups.

Japan Post Bank is a prime example, as it still carries the image of the traditional post office, where service is for the public good. The same cannot be said of Japan’s IT companies.

That said, such an idiosyncratic ecosystem in the banking sector is not going to last forever. Japanese banks are well aware of the limitations posed by their weak technology innovation in the international market. Given the negative interest rates in the country, Japanese banks are under more pressure than ever to improve efficiency in their businesses, and turning their attention to fintech is one approach. On the other hand, mobile users will increasingly prefer accessing banking services on smartphones rather than walking to and waiting at bank branches. Not too far into the future, the cultures and practices described in this article will look dated; however, it may take longer for that to happen in Japan than in many other countries in the region and globally.