June 4, 2020 An Altamar podcast interview with 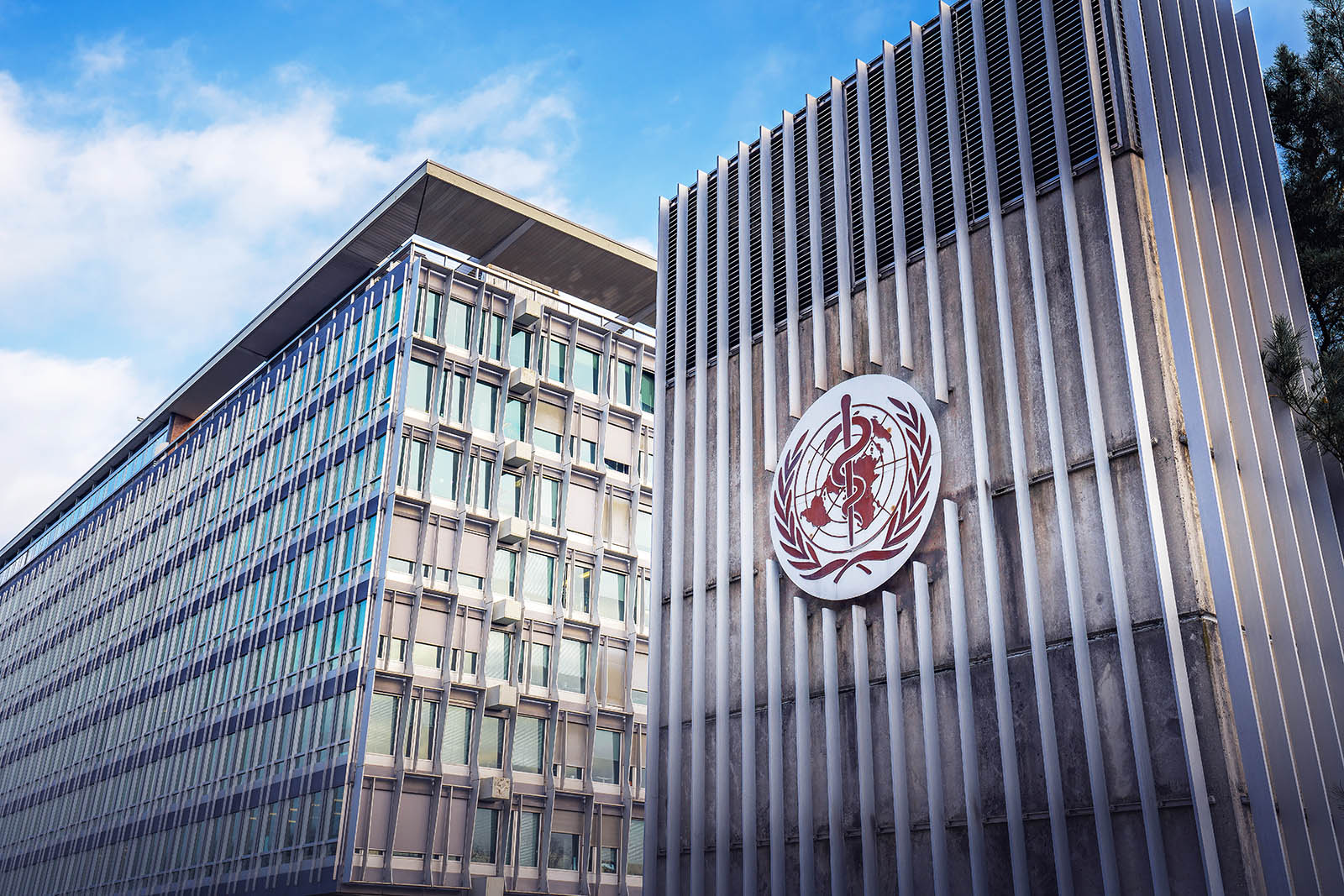 An image of the World Health Organization headquarters in Geneva, Switzerland. The WHO plays an essential role in supporting global health efforts worldwide — especially amid the coronavirus crisis.

The World Health Organization (WHO) has come under fire for its handling of the COVID-19 crisis, not only from President Donald Trump, but from others as well for underestimating the dangers of COVID-19. The U.S. administration recently announced that the U.S. is leaving the WHO, with President Trump accusing the 194-member organization of becoming a “puppet of China.”

Dr. Amesh Adalja, a senior scholar at the Johns Hopkins University Center for Health Security, joined the Altamar podcast team of Peter Schechter and Muni Jensen to explain the strengths and limitations of the WHO — and the dangers of defunding the global health watchdog. An expert on emerging infectious diseases, pandemic preparedness and biosecurity, Dr. Adalja is also an associate editor of the journal Health Security, co-editor of the volume Global Catastrophic Biological Risks and a contributing author for the Handbook of Bioterrorism and Disaster Medicine.

Dr. Adalja expressed concern at the idea of the U.S. — the WHO’s largest donor — cutting off funds: “We don’t want to defund the WHO in the middle of a pandemic. I think we have to realize that the WHO is going to be our eyes and ears as the developing world starts to face this pandemic, and we want to make sure that those countries are able to control this virus. And they’re going to rely heavily on WHO expertise, because they don’t have the equivalent of the U.S. CDC in their countries.”

Importantly, the WHO is a key resource to help governments work on all the world’s pressing diseases — from measles to Ebola, malaria, tuberculosis and HIV/AIDS.

Adalja explains that the WHO is funded adequately to respond to COVID-19.

The Role of the WHO — and Its Recent Stumbles

The WHO plays an essential role in supporting global health efforts worldwide — especially amid the coronavirus crisis.

But the WHO also has institutional challenges.

Dr. Adalja identified some of the WHO’s mishandlings of the early stages of COVID-19, including its “hesitancy to declare a public health emergency of international concern, as well as its recognition that this was a pandemic, stating for some period of time that this was something that could be contained when multiple people in the field realized … this was not going to be something containable.”

“One of the early people who warned the world about this outbreak in China, an ophthalmologist who has since died of COVID-19, was prosecuted by the Chinese government, and that’s not the way you deal with the pandemic. And it would have been important for the WHO to call out these actions by China. That being said, the fact is that the United States has made its own mistake with this outbreak and … we can’t deflect blame from ourselves here. But there is an opportunity for the WHO to reform, to get better, and to be less susceptible to political influence.”

Adalja explains criticisms of the WHO’s response to coronavirus.

Race for a vaccine

In the race for a vaccine, Dr. Adalja noted that “we are making rapid progress.” He predicted that whichever country “makes the first vaccine that’s viable likely will vaccinate their own country first, even if that’s not the best public health measure.”

To achieve a more apolitical WHO would involve restructuring its funding. According to Dr. Adalja, he could “imagine groups like the Gates Foundation putting money into the WHO to relieve the WHO of the pressure to placate member states, but I think it’s going to be very hard because the WHO is ultimately going to end up victim to politics like everything is when it comes to global diplomacy.”

Adalja explains that a potential reform route for the WHO could involve changing the way it is funded.

In the meantime, the organization could become more inclusive.

Dr. Adalja argued that as a public health organization, the WHO must “allow all countries to participate because for public health, there shouldn’t be borders here. We really need to learn from everybody, we need to have situational awareness of every country, that’s one simple thing that the WHO could do in order to enhance public health.”

Dr. Amesh A. Adalja is a senior scholar at the Johns Hopkins Center for Health Security.

Peter Schechter Host of Altamar Global Issues Podcast and BRINK columnist Juan Cortiñas Founder and Managing Partner at Opportunitas Advisors
URL: https://www.brinknews.com/the-world-needs-who-but-who-needs-to-reform/
Get ahead in a rapidly changing world. Sign up for our daily newsletter. Subscribe
​​