Trade and Food Security Are Linked—and Both Are In Danger 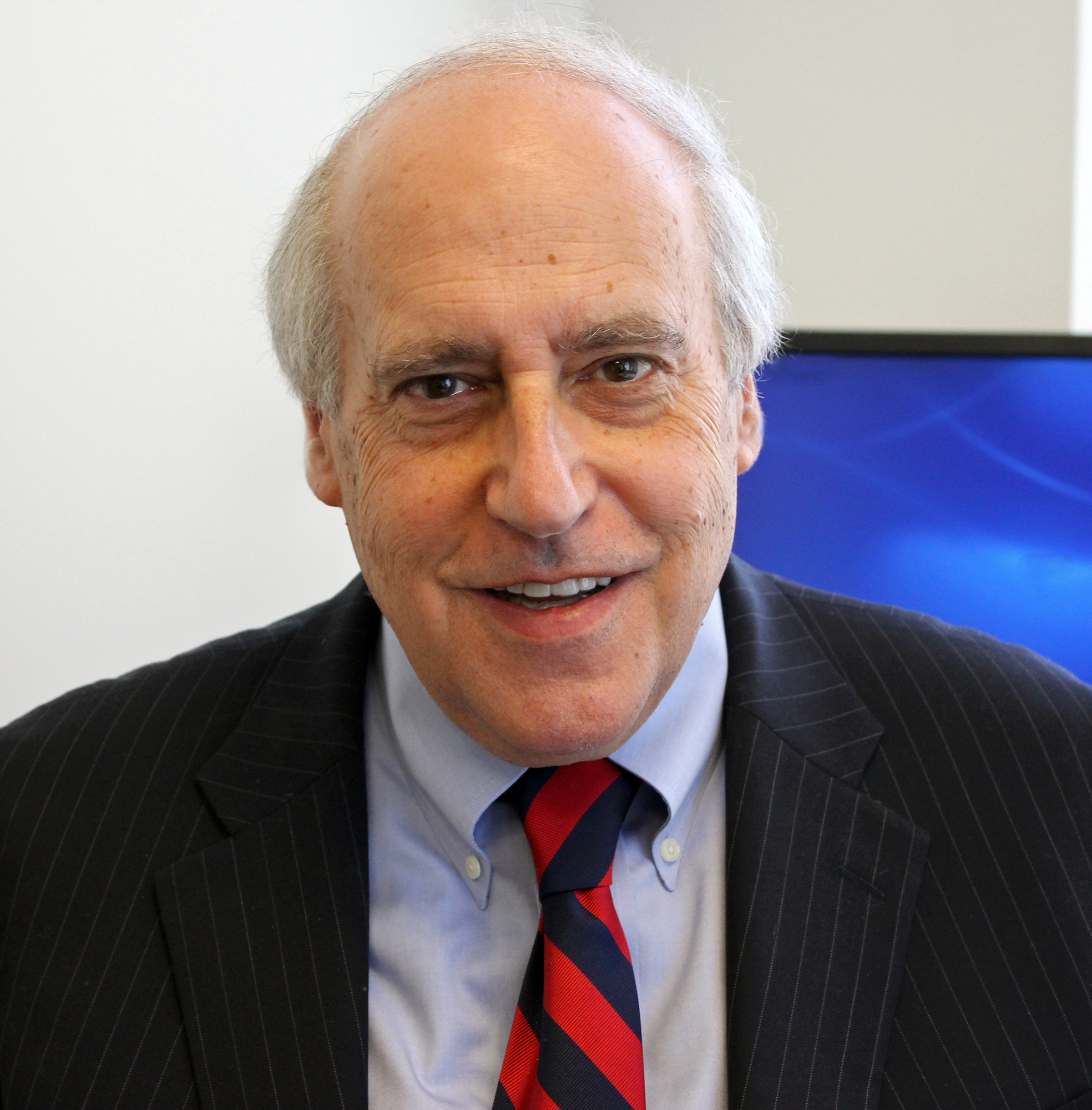 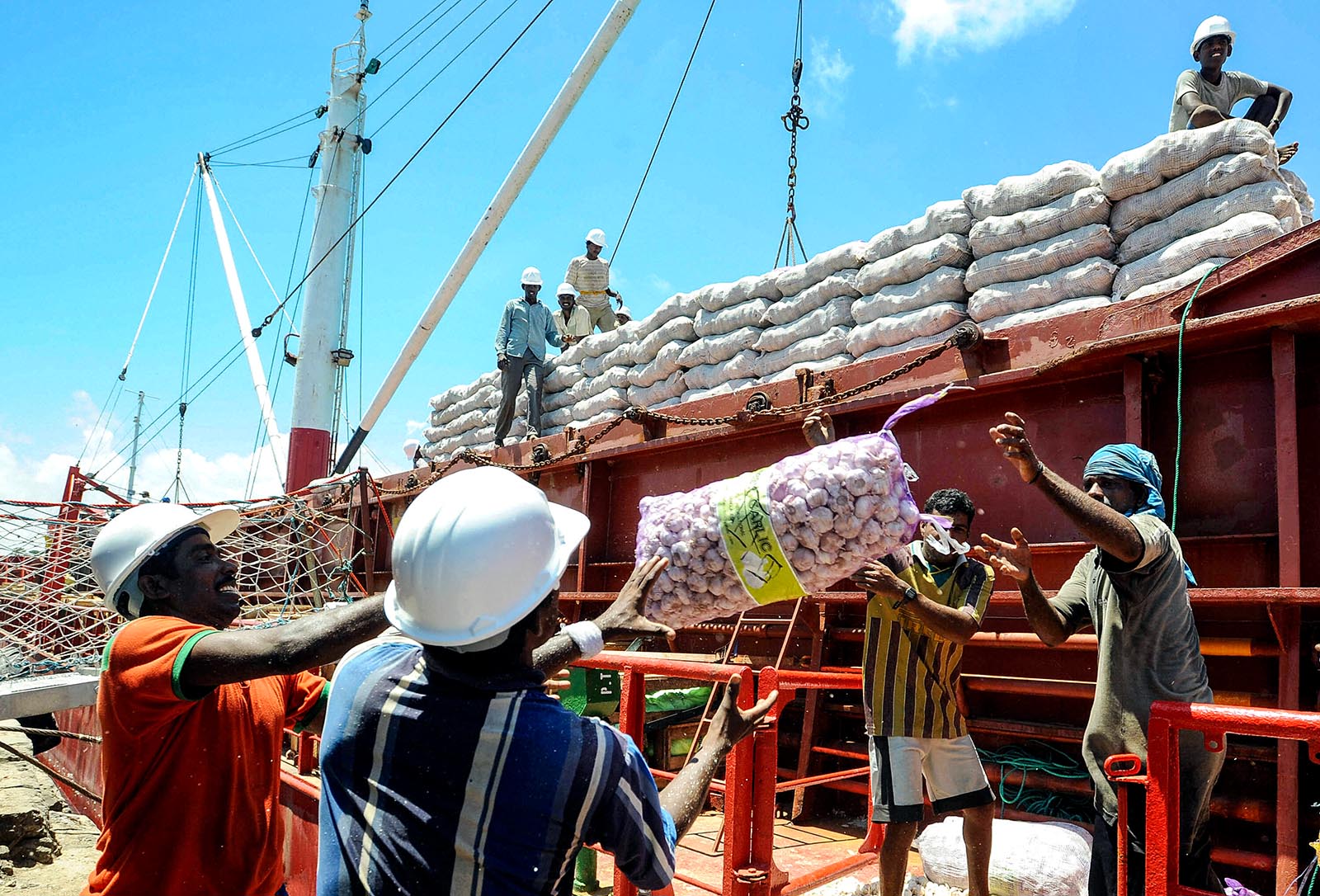 Port workers unload sacks of food off a cargo vessel. As climate change continues to disrupt food production, fostering more trade to absorb the shocks may be the solution.

This piece is the final part of a weeklong series examining the challenge of carbon reduction in business on the eve of the Global Climate Action Summit. Jason Clay of the World Wildlife Fund is the series’ guest editor. The rest of the articles in the series can be read here.

2010 was a tough year for agriculture. Heat, drought, wildfires, and poor wheat crops in Russia, China, and Ukraine reduced exports and in-country stocks and contributed to soaring prices. In countries such as Egypt, which imports more wheat than any other country, bread prices skyrocketed. Tensions boiled over in the Middle East as people added hunger to their long list of grievances.

Barriers to Trade Leave Us Vulnerable to Food Insecurity

We enjoy record levels of trade, and we’ve never needed it more. As climate change continues to disrupt food production, we need to foster more trade to absorb the inevitable shocks that will come with greater and greater frequency in the decades to come.

Erecting barriers to trade, which many in the world now seem intent on doing, will only leave us more vulnerable to food insecurity and, with it, political and economic instability and population displacement.

While climate skepticism still drives the U.S. government’s policies, it’s inarguable that the climate is changing. We can see telltale signs in the production of fresh fruits and vegetables in places such as California, but also in global breadbaskets such as the American Midwest, Brazil, Australia, India, China, and Southeast Asia. Whether or not one accepts the need to mitigate climate change, we should all be able to agree that adaptation is critical.

How Do We Go Forward?

First, we should recognize that some countries have comparative agricultural advantages that are not only to the advantage of their people, but also to the advantage of the planet. We need to produce food where we can and with the fewest impacts possible and then ship it to where it is needed. We need trade to fill the gaps in a global food system where production will be increasingly variable and where the gaps are likely to get bigger over time.

Second, we need to keep innovating.

America continues to lead in food and farming, but there are no guarantees we’ll retain this position. And, that’s not a problem. In a world of increasing weather variability, we need Brazil, China, India, and other agricultural powerhouses to do more. This is not about competition. This is about precompetitive approaches to food security in high-growth markets in Africa and Asia.

As average temperatures rise, crops are migrating toward the poles. Cotton is now growing where soy was dominant, with Kansas doubling cotton production from 2015 to 2016. American corn and soy are chasing wheat toward the Canadian border—and pests are migrating, too, creating new risks for producers.

Trade has brought our world closer together and made it more prosperous and peaceful. It can also provide a unifying framework to combat climate change.

We need to respond to these trends more quickly. Producers need platforms that allow them to compare notes about what works and what doesn’t, what is coming and how fast. Such platforms aren’t just expenses, they are investments that yield productivity, producer income, food security, economic growth, and global stability.

We need to take advantage of the information technology the U.S. is known for and ensure that producers can use it to learn faster. As climate change challenges us to produce food under more variable conditions, we need more innovation, not less.

Third, we need more consistent and uniform global standards for safe, sustainable food. Food standards and regulatory frameworks in emerging countries are inconsistent, and the rule of law in some countries—or lack thereof—creates uncertainty and enables illegal production to undercut producers that raise food sustainably and legally.

International trade agreements should anticipate climate change and foster greater resilience. These agreements should allow for the unimpeded short-term movement of food to fill the gaps created by weather and yield variability and should include controls on export restrictions. The World Trade Organization, specifically, should incorporate climate change adaptation and resilience into its work program on food security.

Smart Use of Farm Subsidies

As the largest financiers of global food production—spending more than $560 billion annually—governments should shift subsidies and support programs to help producers adapt, using long-term contracts and off-take agreements as collateral. As the United States Congress nears the deadline for passing this year’s Farm Bill at the end of this month, the U.S. should maintain incentives that promote more efficient and resilient farming and ranching practices and promote innovation in risk-management products, as previous bills have begun doing.

Companies and producers must also be part of the solution. But, we need to get real: No matter what companies or producers do, they can’t solve this problem by themselves. No single group can. The fight against climate change isn’t solely a top-down, UN-driven effort. It’s a global challenge that requires all of us—from presidents to mayors, CEOs to ranchers—to act.

Trade is one tool, albeit an important one. It has brought our world closer together and made it more prosperous and peaceful. It can also provide a unifying framework for governments, businesses, producers, and consumers to work together to weather the challenges ahead of us.

Dan Glickman served as the U.S. Secretary of Agriculture from March 1995 until January 2001.