U.S. Within 15 Years of Energy Independence 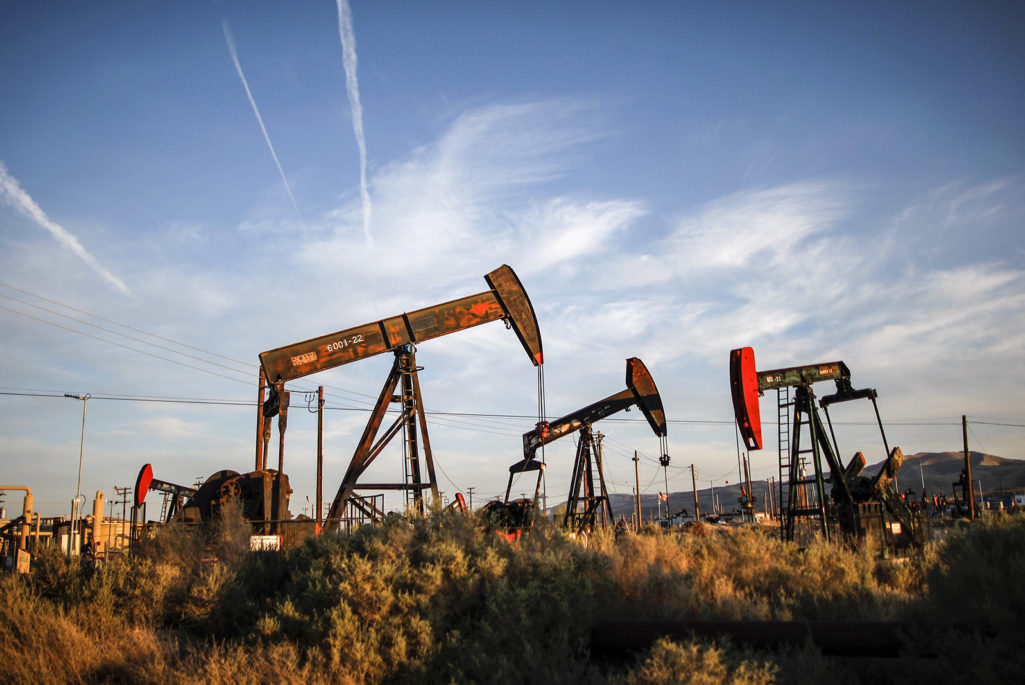 Pump jacks and wells are seen in an oil field on the Monterey Shale formation where gas and oil extraction using hydraulic fracturing in McKittrick, California.

The U.S. may be a mere 15 years away from complete energy independence, according to a recent government energy outlook report. If accurate, this would be the first time the U.S. would cease energy imports since the 1950s.

Meanwhile, U.S. energy consumption has slowed and is not projected to return to the growth levels of the second half of the 20th century, the report said. Under current laws and policies (noted as the “Reference Case” in the report), domestic consumption grows at a mere 0.3 percent per year through 2040. Home energy use flatlines during that time, while any growth in U.S. energy consumption will come from businesses and industry.

“Right now, we have strong growth in crude oil production and a decrease in domestic energy use, based on improved technologies and policies that regulate consumption,” said Paul Holtberg, Analysis Integration team leader at the U.S. Energy Information Administration, during a May 21 presentation of the report.

The report also projects the U.S. as a net exporter of natural gas by 2017, in the EIA’s “Reference Case” scenario. U.S. companies have proposed dozens of new export facilities and while not all these projects are likely to come online, several are on track to be exporting before the end of the decade.

While crude oil production is driving the energy independence prediction, Holtberg said that without a major change in infrastructure across the country, it might be more difficult to reach these ambitious goals. The transition from rail to pipeline oil transport is key to increasing production and decreasing risk.

And more changes need to be made if keeping carbon emissions low continues to remain a national priority.

“Carbon levels will stay below 2005 levels,” Holtberg said. “But if we want to get emissions even lower, we must introduce new legislation. It’s not going anywhere otherwise.”

The annual report, released by the EIA, based its projections on past trends and current policies—not taking any future legislation into account.

The trend toward energy independence relies on growth of renewable energy sources, specifically solar and wind.

The current trend toward energy independence relies on the slow but steady growth of renewable energy sources, specifically solar and wind, paired with increasing shale gas production. The report estimated a decline in coal energy demand and a major shift towards natural gas use—an increase of 28 percent over the next decade.

The U.S. must depend on legislation that limits energy consumption and pushes for renewables in order to meet the report’s energy independence prediction by 2030. But Holtberg stressed that relying on the variable state of energy-related legislation weakens the report’s estimates.

“Looking back over the past outlooks we’ve made over the years, policy is the most defining influence in change,” Holtberg said. “It’s very, very hard to anticipate congressional decisions and what international policies will do to the market.”

Internationally, the lack of an overarching climate framework is creating policy uncertainty as well for the energy sector, according to the recent Trilemma report from the World Economic Council.  “A clear framework will reduce policy uncertainty which has been lingering over the energy sector, and is proving detrimental to unlocking the $48-53 trillion necessary investments in global energy infrastructure and energy-efficiency measures,” the WEC report says.

The public is quick to assume this type of report is a cemented “forecast” instead of a tentative “projection,” Holtberg said, which could lead to a warped perception of energy realities.

“We’re still learning how to inform the public better of what this means,” he said. “The trouble is, people want us the predict the future. But we can’t truly know before we get there.”

Mark Campanale Founder and Executive Chair of The Carbon Tracker Initiative
URL: https://www.brinknews.com/u-s-within-15-years-of-energy-independence/
Get ahead in a rapidly changing world. Sign up for our daily newsletter. Subscribe
​​