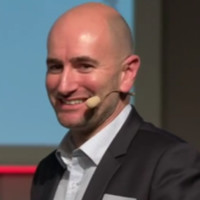 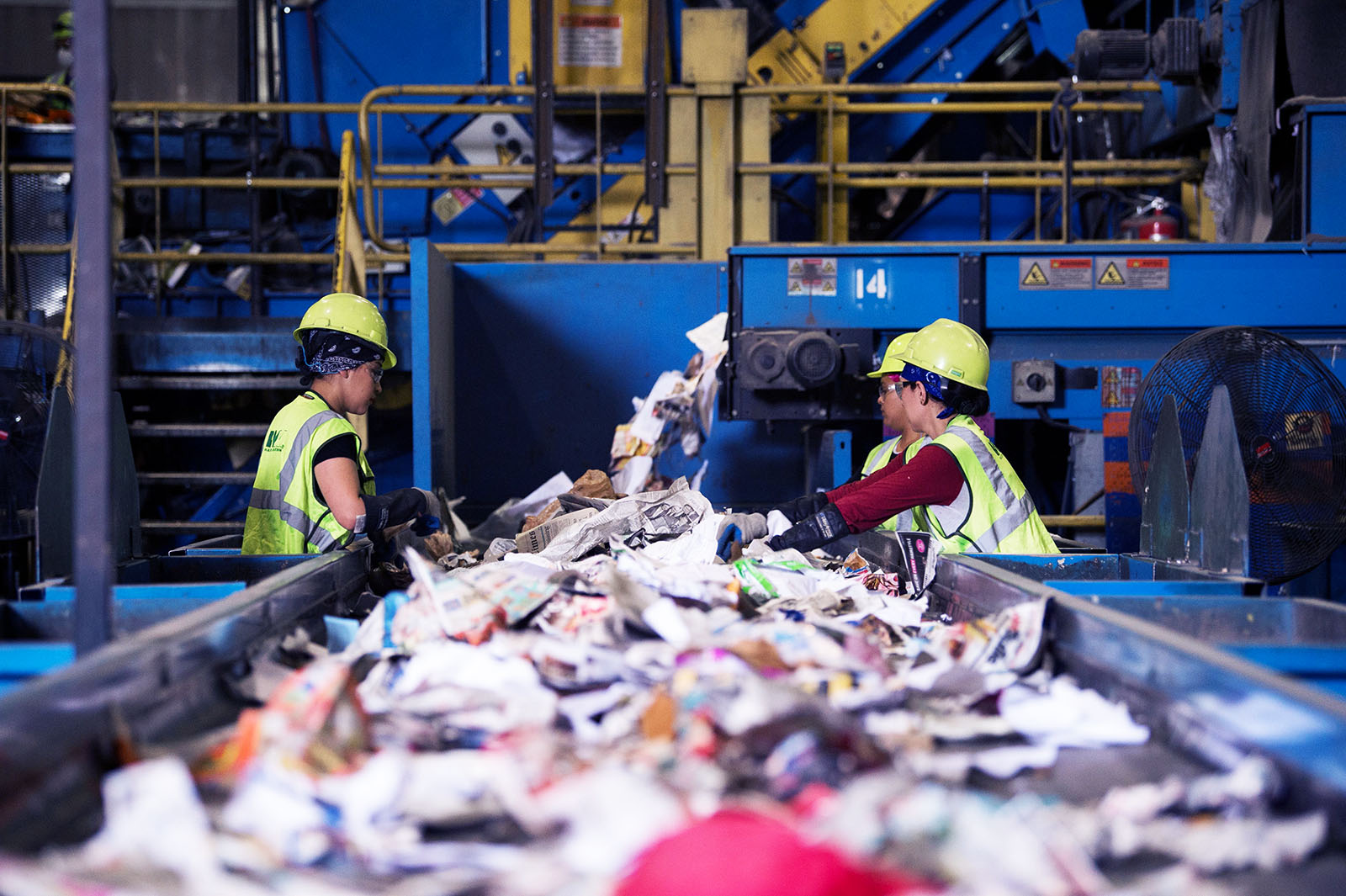 Workers sort recycling material at the Waste Management Material Recovery Facility in Maryland. We will find ourselves in a never-ending race in pursuit of continuously generated waste, rather than seeing the avoidance of waste as a path to beneficial innovations on many levels.

Too often, the circular economy is muddled up with some kind of advanced recycling process that would mean keeping our industrial system as it is and preserving a growing consumption model. This idea is based on a belief that recycling will take care of everything.

One of the most startling examples of this is the part of the European Union’s Circular Economy Action Plan that aims to increase recycling rates: up to 70% of all packaging waste by 2030 and 65% of all municipal waste by 2035.

In a properly built circular economy, one should rather focus on avoiding the recycling stage at all costs. It may sound straightforward, but preventing waste from being created in the first place is the only realistic strategy.

While we obviously need to continue recycling for quite some time, putting the emphasis on genuine circular innovations — moving us away from a waste-based model — should be our sole objective. Investing in them today would result in leadership tomorrow.

Waste Is an Externality

In a linear economy, we do not account for the side effects generated by a product once sold to an end customer. Continuous pressure to reduce costs leads to the creation of many of these side effects — called externalities by economists. The higher a company’s rate of production and the higher its efficiency, the more successful it will be at selling its goods in a fiercely competitive environment.

This worked well in the 20th century, when resources were easily available and raw material prices kept decreasing. Waste, as an economic externality, was not the producers’ responsibility. Managing waste cycles, dumping it out of sight or, at best, recycling it — but only when it was cost-effective — were under the control of our national institutions.

Visionary manufacturers who understand the upcoming challenges of increasing their economic resilience know better: A product that is returned for repair will cost less to fix and sell again than manufacturing it from scratch.

Recycling Is Linear, Not Cyclical

In our current model, we extract resources, transform them into products and consume or use them prior to disposing of them. Recycling only starts at the throwing-away stage: This process is not made to preserve or increase value nor to enhance materials.

Recycling has to cope with huge volumes and complex polymers and materials. Often these cannot be extracted, or they end up in mashed-up fragments that, once again, require lots of energy to use when creating a new product from scratch. Recycling has to deal with products that often are not meant to be sold with a feedback-loop strategy, so there is a loss of energy, a loss of labor hours and a loss of research and development capacity, as all these investments have been made for a one-time production.

We will find ourselves in a never-ending race in pursuit of continuously generated waste, rather than seeing the avoidance of waste as a path to beneficial innovations on many levels.

Of course, it is easier to think about recycling. It avoids changing the whole of our volume-based production mode. But in a world where we have to shift our consumption patterns and choose alternatives that make more moderate use of energy, recycling is no longer up to expectations.

The Need to Move Away From a Recycling-Based Economy

Since we cannot stop the volume of waste overnight, investments in the recycling industry are needed. But really meaningful investment in the development of a circular economy takes place outside the recycling space. Indeed, the more we recycle and the more we finance recycling factories, the more we stay “linear.” We mistakenly believe this is the best route to solve our problems but, by staying in a recycling-based economy, we will delay the need to shift gears into an advanced circular economy scenario.

In a circular economy, resources do not end up as recyclables since products are made for several life cycles to come. Products’ life spans are extended via maintain, repair, redistribute, refurbishment and/or remanufacture loops, thus never ending up in the low-value, high-need-for-energy loop: the recycling one. Source: “Moving Away From a Waste-Based Model,” Making It magazine

We Live in a World in Dire Need of Disruptive Innovations

Closing loops next to where customers live, while avoiding the creation of waste, is a short- and longer-term win-win for any leading remanufacturer. Short term because you are in direct contact with your customers, and taking back a product that needs maintenance is an opportunity to better understand their needs and help them with additional services.

Long term because you will lower your exposure to future financial risks.

Caring and preserving the value of product components increases corporate economic resilience, while diminishing external market risks. And, whether you are acting in a highly advanced economy or an economy reaching out to its maturity level, these strategies make crystal-clear sense: They are less costly in the long run because repairing a product made to last is always less expensive than producing it from scratch.

Whether your production units are based in a developed or an emerging market, the vision remains the same, but the strategy differs. The vision is about addressing the needs of your customers, shifting from a product to a service-based model and lowering your production costs — thanks to the re-use of or ease of remanufacture of a product sold or leased with the guarantee that it will be returned to your plant to be prepared for its next economic life.

The Economy of Maintenance, Repair and Remanufacture

Following this approach, we must move away from activities that devalue the material, such as recycling or even destroying it by incineration, and instead invest in those activities that preserve it: reuse and remanufacture. The two are especially important since they create many more secure jobs.

He found that the ratio man/hour per kilo (mh/kg) of used resources for a remanufactured engine compared to the mh/kg for the manufacture of the same engine from virgin materials is 270:1. The impact on employment is huge. In an economy of maintenance, repair and remanufacture, employment becomes central to the effectiveness of such a model.

Relocating and resizing activities to be closer to customers becomes critical. Production sites should migrate from a highly centralized global hub to units designed to fulfill local needs. In developed markets, strategic partnerships could be established with local service providers that already have the necessary infrastructure.

Leapfrogging Into the Next Economy

In emerging markets, often with a dire need for jobs, leapfrogging straight into a national remanufacturing strategy is the way forward. Becoming the next “world factory” hub is a very obsolete vision today.

One way to start thinking like a leader in the next economy while creating jobs could be, in order of priority:

Reuse by repairing (goods) through rehiring (people), while sharing the radical benefits (awareness) of such a model.

Redistribute by promoting access (goods) through collaboration (people), while sharing information (awareness) about this model.

Remanufacture via the ease of disassembly (goods) by training (people), while sharing the acquired knowledge (awareness) through this model.

All of the above make sense in a world where planetary limits have already hit most economies. Adopting a circular strategy by avoiding reliance on recycling is the way forward. This is about genuine innovation derived from genuine leadership.

This piece was first published by Making It magazine.

Alexandre Lemille lectures in inclusive circular economy at Sciences Po, Paris, and at the University of Cape Town. He is also the co-founder and General-Secretary of the African Circular Economy Network.