What Was the Biggest Change in Your Sector This Year? We Asked the Experts 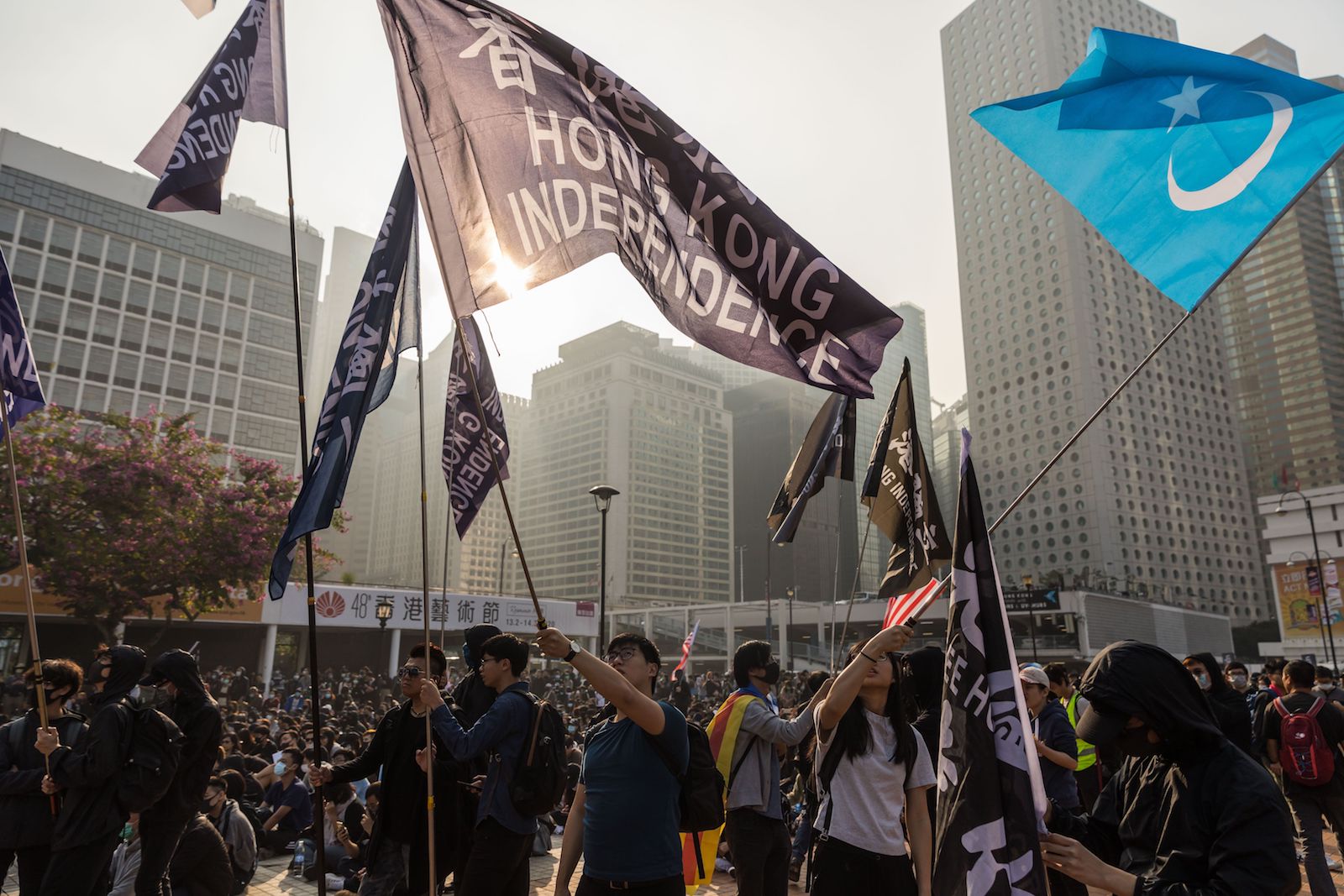 Protesters attend a rally in Hong Kong on December 22, 2019, to show support for the Uighur minority in China. The civil unrest that has shaken the world in 2019 is a wake up call to democracies, authoritarian regimes and capitalism alike.

As 2019 comes to a close, we asked a number of our regular contributors from a variety of backgrounds what they considered to have been the most significant change in their field over the past year.

New governments in Angola and Ethiopia bring a fresh, market-based approach to their economies, welcoming foreign investors into their markets. Other countries saw GDP growth fall below population growth, meaning that their people are getting poorer each year. — Melissa Cook, Founder and Managing Director, African Sunrise Partners LLC

The advancements that are leading to contemporaneous revolutions in IoT and AI mean that the future will be defined not only by a “technology everywhere” reality, but further, will be permeated and continuously reinvented by “smart technology everywhere.” The ongoing opportunities for businesses disruption will be colossal and widespread. — Jason Sandler, Vice President, Marsh’s Financial and Professional Liability Group

The civil unrest that has shaken the world in 2019 is a wake up call to democracies, authoritarian regimes and capitalism alike. While each protest has different roots, there are common themes. Populations are rising up against accelerating inequality, a sense that the system is in the hands of the few and that governments have practically lost the ability to be responsive to citizen needs. Beware of “business as usual” from governments and the private sector. — Peter Schechter, Podcast Host, Altamar: A Global Affairs Podcast

(1) That the OPEC+ agreement to limit oil production has been maintained/extended. (2) That Saudi Arabia/UAE are seeking to dial down regional tensions they were partly responsible for. — Li-Chen Sim, Assistant Professor, Contemporary Russian Politics, Zayed University

Cybersecurity breaches have increased by over 50% in 2019. While more and more businesses are beginning to understand sound cybersecurity is a must-have, not all businesses know how to implement a coherent strategy. — Mike Orosz, Founder and Principal, Octosecure

China and the United States, the two largest economies in the world, have maintained a sustained trade war. — Gary Gereffi, Director, the Global Value Chains Center at Duke University

The final agreement on USMCA marks the first major, comprehensive trade agreement in many years concluded and about to be ratified by the United States.

Despite slowing economic growth in India, mostly due to internal mismanagement, the advice given by economists is increasingly being ignored. Increasing fascination for trade protectionism to help domestic businesses is another major development. — Ritesh Kumar Singh, Former Assistant Director of the Finance Commission for India, Chief Economist, Indonomics Consulting

First, 40 food companies are developing science-based targets, and they are discovering that their biggest emissions are Scope 3 emissions from producing primary products. Second, animal protein companies have set 2030 targets of net-zero carbon production. Both would be game-changers for decisions about what to eat. — Jason Clay, Executive Director, the Markets Institute, the World Wildlife Fund

The final agreement on a modified USMCA was vital in restoring more certainty for businesses trading and investing in North America. Importantly, it also marks the first major, comprehensive trade agreement in many years concluded and about to be ratified by the United States and with strong bipartisan support. — John Weekes, Former Canadian Chief Negotiator on NAFTA, Senior Business Adviser, Bennett Jones LLP

Increased interest by companies in their business risks to climate change — understanding their exposures more quantitatively and being able to follow upcoming reporting requirements. — Michelle Tuveson, Chairman and Executive Director, Centre for Risk Studies at the University of Cambridge Judge Business School of Cambridge Centre for Risk Studies