Winter Is a Threat to Public Health. How Can Cities Fight Back? 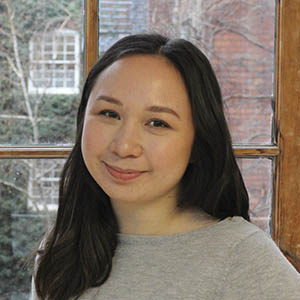 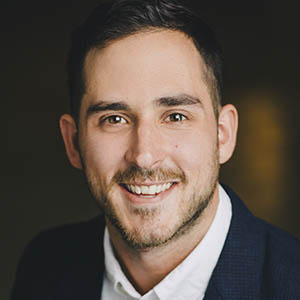 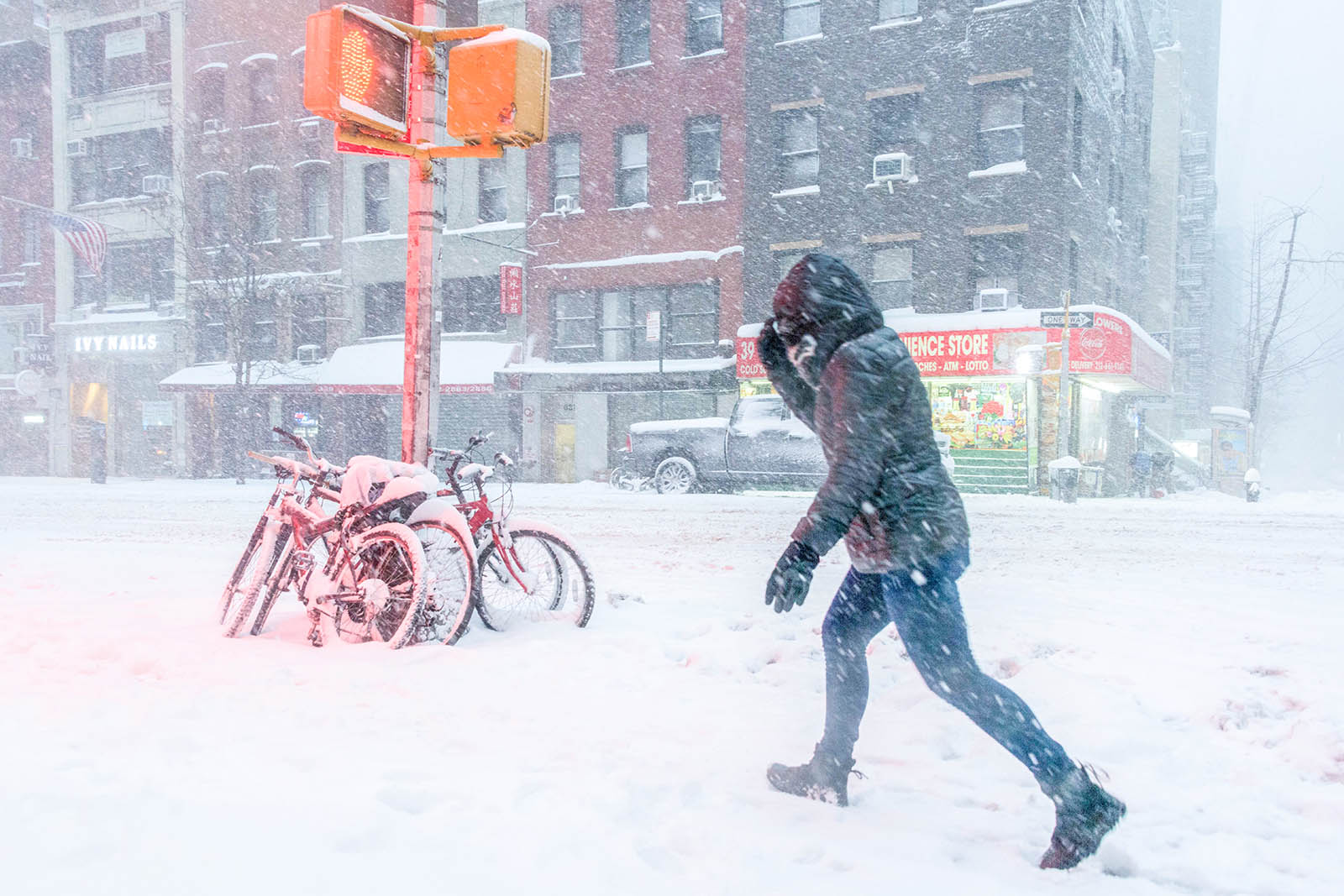 A person walks in the street during a snowstorm in New York. Working at the intersection of public health, urban planning, and outdoor recreation, many cities are working to reduce social isolation and enhance outdoor activities in winter.

The average winter in North American cities is roughly three months long. During these colder months, people tend to huddle indoors—and so their level of social and physical activity declines. We may find ourselves feeling gloomier and less motivated. Public health officials recognize these feelings as symptoms of seasonal depression, which take a toll on our mental health.

But now, a change is coming. Working at the intersection of public health, urban planning, and outdoor recreation, many cities are beginning to confront these challenges by working to reduce social isolation and enhance outdoor activities in winter.

Is Winter a Public Health Issue?

Let’s begin by understanding the root of the challenges for winter cities. Research indicates that seasonal affective disorder (SAD) affects about 6 percent of the United States population each year. Eighty percent of those affected are women. The Centre for Addiction and Mental Health defines SAD as a type of depression that occurs during the same season each year, with symptoms that include depression, sleep deprivation, social anxiety, and a desire to avoid social contact. Physicians recommend light therapy, increased exercise, and spending more time outside to prevent the effects of SAD. Access to safe and accessible public spaces in cities can play a part in this, supporting mental health and improving overall well-being in winter.

However, despite the restorative effects of getting outdoors, parks and public spaces see significantly fewer visitors during the winter. Research has shown that people are less physically active and less likely to venture outside during the winter compared to other months. Children, in particular, spend less time participating in unstructured play when the days are short. Older adults, the demographic most likely to use streets and sidewalks for their leisure physical activity, report the most difficulty getting around in the winter. The restrictions winter brings pose unique challenges to cities that want to provide a healthier and more vibrant public life.

Cities have been confronting these challenges with the aim of decreasing social isolation and creating engaging, vibrant places for people all year around. The key to their innovation and strategy is working with what they already have.

Copenhagen, Denmark, is recognized globally for its robust cycling culture, which perseveres even through the harsh Nordic winters. Even in the darker, snowy months of the year, roughly eighty percent of cyclists continue to commute by bike. This year-round cycling culture has two simple ingredients, both of which are provided by the city: infrastructure and maintenance.

Copenhagen’s guidelines for road design show robust attention to cycling infrastructure and note that bike lanes should be at least 1.6 meters wide to accommodate snow clearance. When it comes to snow clearance, the city prioritizes busy bike lanes by ensuring they are cleared first. In 2011, the city significantly increased funding for bike lane snow clearance so that cyclists don’t have to question road conditions before leaving the house.

Moreover, Sweden adopted an approach to snow clearing that prioritized snow clearance on sidewalks after the city found that pedestrians (predominantly women) were three times more likely than motorists to be injured in single car accidents caused by icy conditions. Other cities, such as Rochester, New York, are also following suit.

There is little that cities can do to change the weather, but creativity and leadership can help everyone, regardless of age or ability, embrace the winter season.

The economic, social, and environmental benefits of encouraging commuting by bike or on foot are clear. Now, the health benefits are, too. Winter needn’t impede healthy transportation.These examples illustrate how accessible infrastructure and prioritized maintenance procedures can loosen the restrictions winter imposes on people navigating cities.

Tromsø, Norway, is a notable example of how a city can be engaging and vibrant without direct sunlight. For roughly three months of the year, Tromsø experiences polar nights, when the sun does not shine for over 24 hours.

This lack of sunlight puts residents at a higher risk of seasonal affective disorder. However, the city had the bright idea to combat social isolation and SAD by animating their public realm with festivals and events. The Northern Lights Festival animates outdoor venues with a variety of activities, art installations, classes and programming—most of which are free of cost. The festival spans 10 days in the winter and has been a staple of urban public life in the city for over 30 years. Research now suggests that residents of Tromsø self-report depression in winter at the same rate as cities in much warmer and brighter regions.

Tromsø has shown that public life can thrive in even the coldest and darkest conditions. If this is true, other cities can and should work to achieve the same health outcomes.

Public life expert Jan Gehl says that a good city or public space is like a good party: People don’t want to leave. This is exactly the strategy Winnipeg, Canada, (or as some playfully refer to it, Winterpeg) took in animating public spaces to encourage its citizens to spend time outdoors in the winter.

In 2009, the Manitoba Association of Architects supported the launch of the Warming Huts design competition. The concept is simple: Established art and architectural firms submit designs for interactive outdoor installations to be constructed along an ice skating trail on the city’s two rivers, the Red and Assiniboine. Roughly five entries—out of approximately 160—are selected and built each year. These unconventional shelters garner global recognition, build partnerships with the local university and community, and ultimately encourage residents to play outside longer in the winter. Enabling residents to stay active in public spaces with unique designs and warming stations is a compelling strategy that Winnipeg has mastered.

Winter poses unique challenges to the well-being of people living in cities. The cold climate, minimal sunlight, and lackluster public space programing correlate to an increase in social isolation. We think that cities are well-suited to combat the challenges winter poses to support mental health and a vibrant public life. Cities like Copenhagen, Tromsø and Winnipeg are embracing the season with strategic approaches to transportation, winter festivals and public space installation.

The challenges that winters bring to cities are not new. For decades, dedicated community leaders, planners and researchers have been at the forefront of these design challenges. Cities have banded together with organizations like the Winter Cities Institute and World Winter Cities Association for Mayors since the early 1980s to share strategies and insights on how public life can be improved during the winter. 8 80 Cities is excited to build on this momentum by leading the Wintermission program, which will support three U.S. cities as they work to reduce social isolation and increase public life in winter.

There is little that cities can do to change the weather, but creativity and leadership can help everyone, regardless of age or ability, embrace the winter season.

Candice Leung is a project coordinator at 8 80 Cities. She has experience working in both the private and public sector of city building as well as experience with community organizing.

Director of Programs at 8 80 Cities

Ryan O’Connor is the director of programs for 8 80 Cities. He is a trained urban planner with experience leading hundreds of inclusive community engagement activities for public space and active transportation networks across North America.

Clarke Murphy former CEO of Russell Reynolds Associates
URL: https://www.brinknews.com/winter-is-a-threat-to-public-health-how-can-cities-fight-back/
Get ahead in a rapidly changing world. Sign up for our daily newsletter. Subscribe
​​