Are We Entering a Commodity Supercycle? 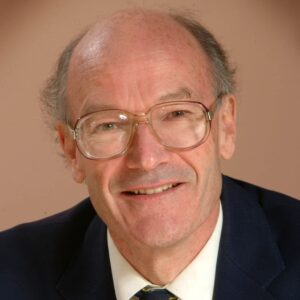 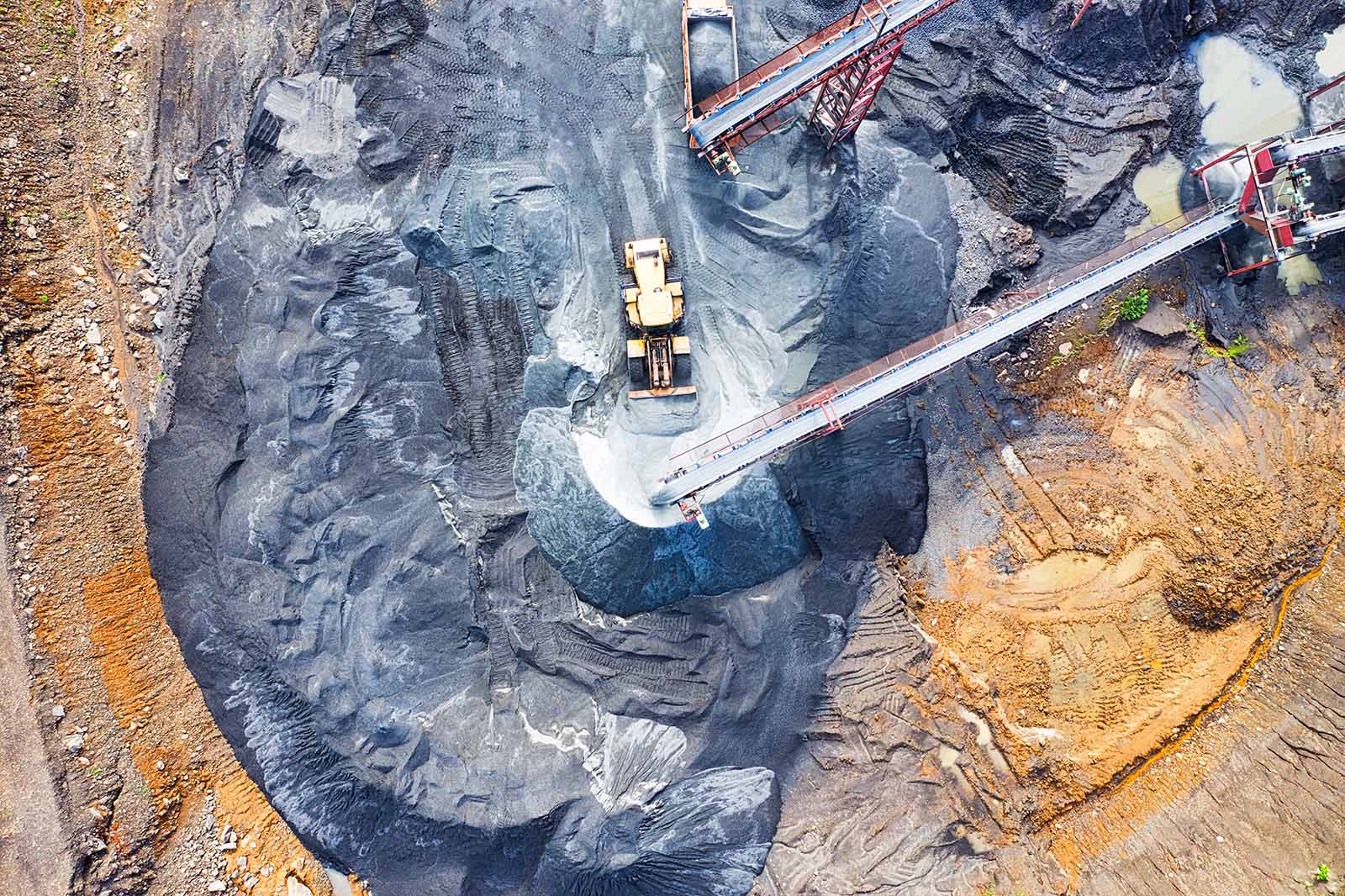 There is a wide range of battery technologies under development, but lithium is still key to the current generation. If countries continue planning to build and buy more electric vehicles, the global supply of lithium is going to have to increase by a very large margin.

Since the beginning of the year, prices of commodities of all kinds have been rising significantly, prompting speculation that we are entering a commodity supercycle — the first since 2008. Copper prices are at an eight-year high, while commodities as varied as oil and soybeans are also rising in price, driven by the possibility of large infrastructure spending and growing demand for rare metals in the sustainable economy.

Paul Ekins is Professor of Resources and Environment Policy at University College London and a member of the UN Environment Programme’s International Resource Panel. BRINK spoke to him about the possibility of a supercycle.

EKINS: There’s very little doubt that over the long term, we can expect upward pressure on commodity prices, driven by demand growth and supply challenges. It will be very different for different commodities, and there’s no particular reason why different kinds of commodities should exhibit the same pressures and, therefore, the same price fluctuations.

The distinction I would make would be between food, which is clearly an important commodity, and the pressures there are going to come from growth in population and challenges to food production arising from climate change. And then there are the basic metals and minerals that are fundamental to economic development.

We’ve also got other kinds of pressures such as those arising from financialization, with stocks in commodities being bought by people buying who aren’t interested in the commodities as such, but simply in how the price is going to move.

Another pressure is on supply, which is an area that I’ve been involved in with the UN’s International Resource Panel. Lots of countries aren’t keen to have new mines because of the damage that they cause and the uncertain economic benefits they yield to the host countries and communities. Those problems can only be sorted out through improved governance.

The last supercycle that went from 2000 to 2014 was when China experienced its extraordinary economic growth, and so all the infrastructure metals and minerals were essentially hoovered up by China. Today, there are a number of emerging economies that are going through the China experience, if you like.

The most obvious example is India, which has potentially as much demand for those sorts of commodities as China had back in the early 2000s. With very large numbers of people and a reasonably well-educated population, all the foundations are there for that sort of economic growth. Not to mention most of Africa is still relatively undeveloped and it’s got enormous resources, but challenges in accessing those resources in a timely manner.

The Race to Net Zero Is a Big Driver

On top of that, we’ve got the drive to decarbonize, which affects a quite different set of metals and commodities. More and more countries are going for net zero, requiring very large quantities of electric vehicles, batteries, and tech and I.T. of all kinds. These technologies require specialist metals in far larger quantities than we’ve seen in the past: lithium, neodymium, cobalt, and many others that have not been widely exploited in the past but are going to be.

BRINK: So could this supercycle potentially slow down the decarbonizing of the economy?

EKINS: Potentially. It’s certainly a cause of price volatility and may be a cause of high prices. There is an example in the last supercycle when the high price of steel definitely slowed down the growth of wind power because wind turbines use a lot of steel, and the high price of steel actually resulted in wind turbines becoming more expensive over a number of years, rather than cheaper. At that point, people were wondering whether that was going to choke off the explosion in renewables.

If we want to recycle more products, it will be more economical if modules within products are usable — that is an absolutely core agenda item as part of addressing these materials issues in the future.

In my view, there’s enough lithium in the earth’s crust, but it takes a lot of investment to get it out. It’s sometimes in quite inhospitable places, with governments that are a bit suspicious of miners, so there could be challenges along those lines.

Increasing the Need for a Circular Economy

BRINK: What is the solution to that — would a greater emphasis on recycling and the circular economy help to lessen the impact of this supercycle?

EKINS: Yes, very much. In fact, I would say that it’s precisely these kinds of pressures that have contributed to the new policy interest in circular-economy thinking, in recycling, remanufacturing, refurbishing, trying to ensure that we get more than one lifecycle out of the metals and commodities that we dig out of the ground and that they stay in circulation for longer than they currently do.

People are talking about the importance of “urban mining,” which means identifying where these metals are in use and ensuring they don’t end up in landfill tips — that they are actually mined locally, through reusing and repurposing the various materials that we’re talking about.

There are also people who talk about going into landfill tips and mining the materials in there, because very often the materials in landfill tips are at a higher concentration than they are in the ores from which they were originally produced. So I think we’re going to see a lot of that; whether that gets to a scale that it can really mitigate the sorts of pressures from increased demand and problems in accessing new supply will remain to be seen.

One important area at the moment is the design of products; most products are designed without any thought of their end-of-life fate. If we want to recycle more products, it will be more economical if modules within products are usable. You could take out the modules that you’re interested in if the products have been put together in a way with recycling or later reuse in mind.

That is an absolutely core agenda item as part of addressing these materials issues in the future.

BRINK: What about the impact on inflation. Some investors are buying up commodities as a hedge against inflation. But could a rise in commodity prices actually trigger inflation?

EKINS: In the short term, very possibly, because when demand goes up faster than the investment can go in to meet it with new supply, prices go up. And that’s a pretty well-established pattern. History has shown us that investment and new supply then tends to catch up with that.

However, technological development tends to moderate prices in the medium- and long-term, and I see no reason why that won’t continue. So I’m a little skeptical when people say that we’re going to experience a kind of supercycle where the price goes up and up and up and becomes a real inflationary problem.

We have seen this in oil and gas, where every now and again, there is a price spike that feeds inflation figures. But what that has also done in the case of oil and gas is stimulate new technologies. So the whole U.S. shale oil and gas revolution of the last 20 years was, in a sense, a result of the supercycle in those prices from about 2000.

I see no reason for thinking that that wouldn’t happen with regard to other commodities. But in the short term, certainly you can see price spikes that influence the inflation rate, and I think we can expect to see that in the future, too.

Professor of Resources and Environment Policy at University College London

Paul Ekins is professor of resources and environmental policy and director of the UCL Institute for Sustainable Resources, University College London. Paul Ekins’ academic work focuses on the conditions and policies for achieving an environmentally sustainable economy. In 2013, he was appointed to UNEP’s International Resource Panel, for whom he was lead author of a major report on resource efficiency at the request of the German Government at the G7 Summit in 2015.

Mark Campanale Founder and Executive Chair of The Carbon Tracker Initiative
URL: https://www.brinknews.com/are-we-entering-a-commodity-supercycle/
Get ahead in a rapidly changing world. Sign up for our daily newsletter. Subscribe
​​