Asia Leads in Industrial Robot Adoption. Why Do Europe and the U.S. Lag Behind? 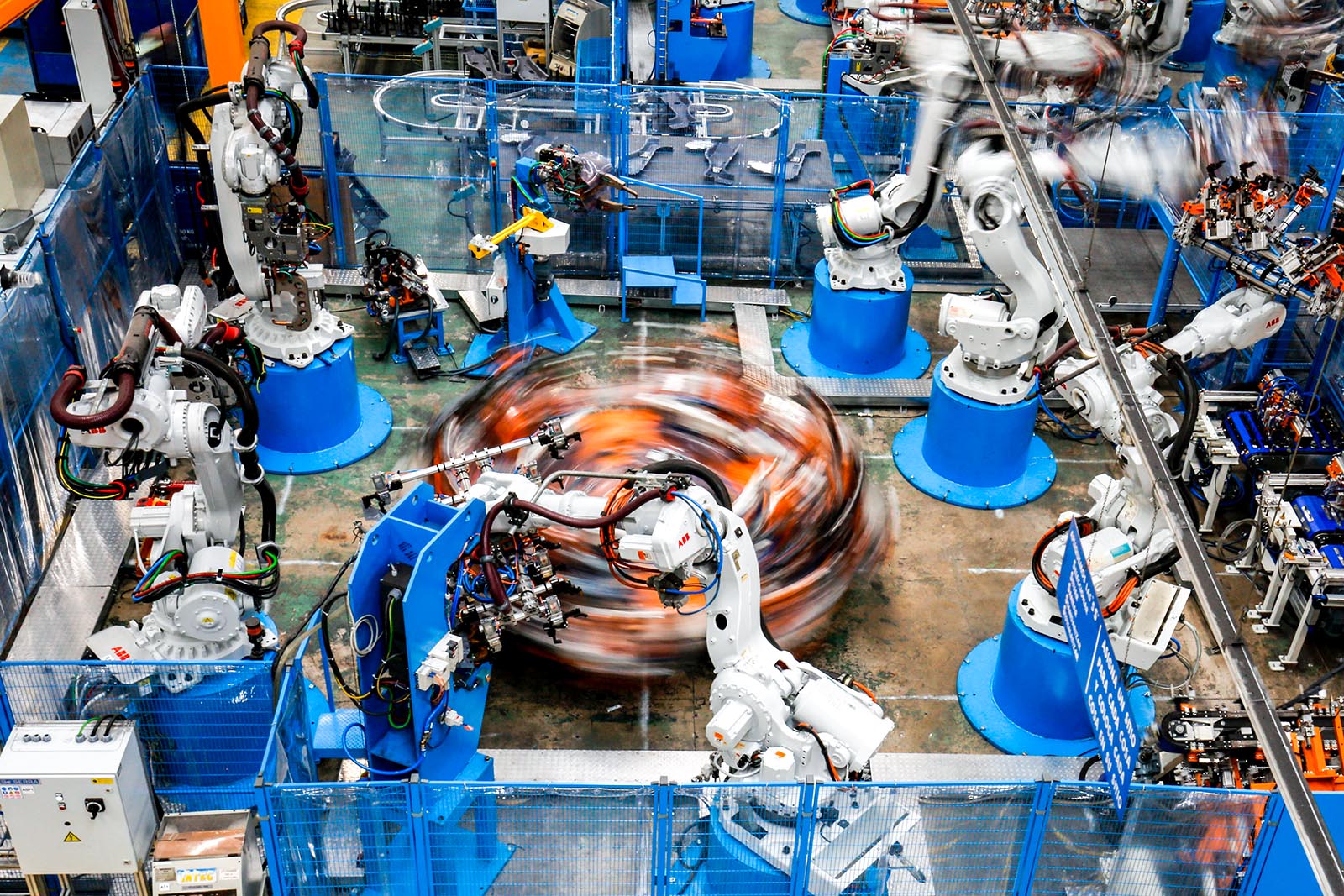 Robots are key tools for boosting productivity and living standards. To date, most robot adoption has occurred in manufacturing, where robots are designed to perform a wide variety of manual tasks more efficiently and consistently than humans. But with continued innovation, robot use is spreading to many other sectors, from agriculture to logistics and hospitality.

As a result, companies around the world are adopting robots. According to the International Federation of Robotics, the global average for industrial robots per 10,000 manufacturing workers grew from 66 robots in 2015 to 85 in 2017. Korea is the world’s largest adopter, with 710 robots per 10,000 workers; the United States sits at seventh, with 200 robots. (See figure 1.)

The West will have to overcome its irrational fear of automation if it hopes to boost its productivity and competitiveness. Asia Leads, the West Lags Behind

We would expect high-wage nations to have more robots, because the decision to install and run a robot is often based on the cost savings that can be achieved when a robot can perform a task instead of a human worker. By controlling for manufacturing wages, it is possible to calculate the share of robots in each country based on compensation levels. For example, in Korea, annual compensation was $45,960, making the payback period for installing a robot 15 months. As a result, Korea’s actual rate of robot adoption (710 per 10,000 workers) was 2.4 times higher than its expected adoption rate when controlling for wage levels.

Comparing the ranking of expected robot adoption rates to actual rates, several patterns emerge. The first is that, on a wage-adjusted basis, East Asian nations lead the world in robot adoption, occupying six of the top seven positions in the ranking: Korea leads, with Singapore, China, Thailand, and Taiwan following in that order. (See figure 2.) Overall, Europe is a laggard, with only two countries adopting at a higher-than-expected rate given wage levels: Slovenia and the Czech Republic. The United States, given its higher wage levels, is significantly behind, ranking 16th, with adoption rates 49 percent below expected. What Role Does National Commitment Play?

Many of the leading nations have established national goals and strategies to support robotics innovation and robot adoption, including proactive tax incentives for investing in robots. In contrast, the United States lacks a national robotics strategy. To the extent that the United States supports robot development—through the National Science Foundation’s national robotics initiative—it does so with miniscule funding levels, and it focuses only on robots that complement workers, not automate jobs, even though the latter are much more critical to driving productivity.

Culture may also play a role, as many of the leading nations have distinctly positive views of robots, e.g., Japan has an annual “Robot Award,” while the dominant narrative in the United States is that robots are unsafe job killers.

China appears to be in a class of its own, with its national and provincial governments committing massive amounts of money to subsidize adoption of robots and other automation technology. China’s Robotics Industry Development Plan set a goal of expanding robot use tenfold by 2025. As a result, many provincial governments are providing generous subsidies for firms to buy robots. If China and South Korea’s respective growth rates continue at the same pace they achieved from 2016 and 2017, then by 2026, China will overtake Korea as the nation with the highest number of industrial robots as a share of its industrial workers.

Fear of an Automated Future

But what about jobs: Don’t robots eliminate them? To be sure, the emergence of the next production revolution, which will include better and cheaper robots, will increase both productivity and labor market churning, as more workers are likely to lose their jobs due to technological displacement.

But claims of mass unemployment can be dismissed out of hand. Companies are always investing in process innovations to boost productivity and cut costs. When companies use technologies to cut costs, competition forces them to pass a significant share of those savings to consumers in the form of lower prices (the remainder going to workers in the form of higher wages and to shareholders in the form of greater returns on investment). This added purchasing power is not buried; it is spent, and that spending demand creates new jobs. This job-creating dynamic is the same whether productivity grows at 1 percent a year or 10 percent.

If the United States wants to boost their productivity and competitiveness, one of the most important things the federal government can do is implement policies that spur faster, deeper, and wider adoption of robots—not just in manufacturing, but across the economy.

Chris Miller Associate Professor at the Fletcher School at Tufts University
URL: https://www.brinknews.com/asia-leads-in-industrial-robot-adoption-why-do-europe-and-the-u-s-lag-behind/
Get ahead in a rapidly changing world. Sign up for our daily newsletter. Subscribe
​​