Bringing South Asia’s Nuclear Debate Out of the Shadows 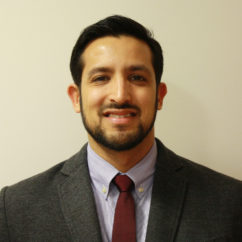 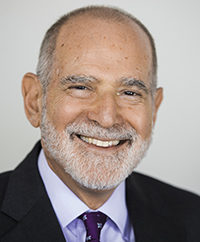 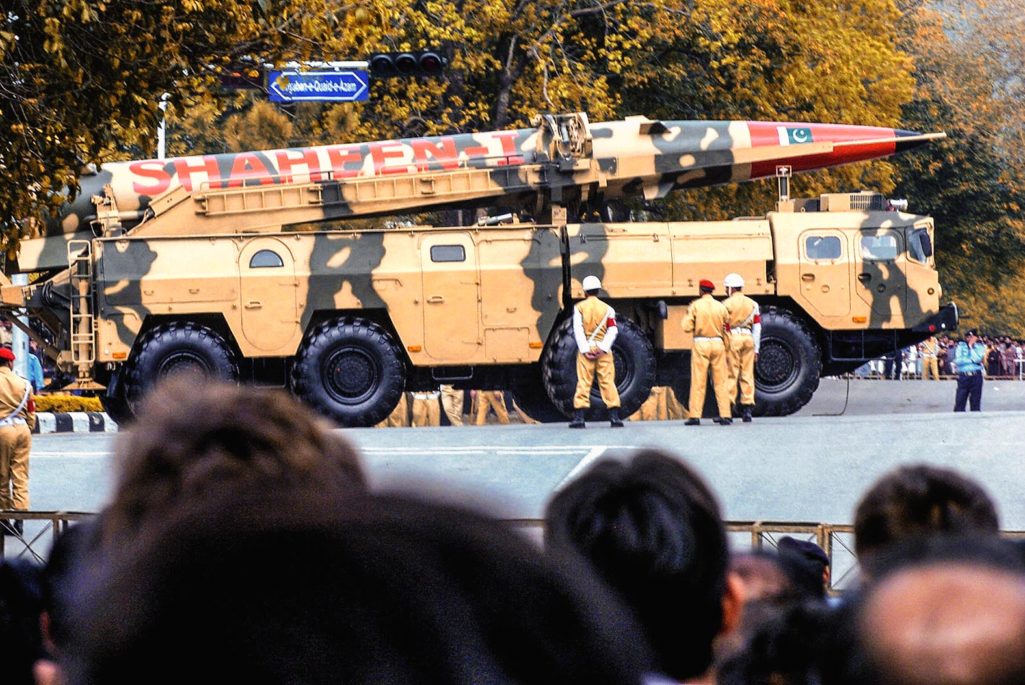 Pakistani spectators watch the Shaheen I medium-range ballistic missile capable of carrying a nuclear warhead with its launcher during the National Day parade in Islamabad, 23 March 2005.

The leading powers in Southern Asia—India, Pakistan, and China—are engaged in an emerging triangular arms competition, which will intensify in the coming years. While a narrow set of elites, military leaders and defense scientists in India and Pakistan make consequential decisions about developing and inducting nuclear weapons, most of the strategic community, politicians and civil society remain unengaged; apathy is dangerous.

During the latter half of the Cold War, the United States featured a robust debate among civilian analysts on nuclear strategy, deterrence and arms control—for example, in the development of multiple-warhead missiles. Unfortunately, there appears to be no analogous debates on nuclear issues in South Asia today.

Both India and Pakistan are currently building out their nuclear programs in dangerous ways. Missile tests continue at a rate of almost one per year. Doctrines and capabilities appear to be evolving in ways that threaten stability. Pakistan’s arsenal of short-range nuclear weapons systems continues to grow, while India will soon be deploying nuclear weapons at sea. The nuclear competition in South Asia is the most dynamic in the world, and shows no sign of abating.

In a region already fraught with interconnected risk, the absence of debate on the pros and cons of an intensified nuclear arms race in India, Pakistan and China is distressing. However, creative approaches married to disruptive technologies can spark a healthy and informed debate to jumpstart sound decision-making on future nuclear security issues.

Despite the backdrop of increasing arms competition, it is quite difficult to learn about nuclear security issues in South Asia through the media, academic scholarship or university classrooms. South Asian media offers few serious debates and discussions of nuclear issues. Print and television journalism on nuclear security topics lacks the breadth of divergent perspectives or the depth of analysis, and often sounds like government press releases.

Strategic scholarship appears disengaged from the topic. Over the past ten years, nuclear security research in the region’s leading journals has covered the issue in only 14 percent of the articles in Strategic Studies, published by the Islamabad Strategic Studies Institute. And only 7 percent of the articles in Strategic Analysis, published by India’s Institute for Defence Studies & Analyses, have addressed nuclear security. During the height of the Cold War when the U.S. was involved in a serious nuclear arms race with the Soviet Union between 1975-1990, roughly 60 percent of articles in the foremost U.S. security journal, International Security, focused on nuclear issues. This disparity highlights the scarcity of nuclear security debates in South Asia.

Indian and Pakistani universities offer few courses on security studies, let alone nuclear security issues, for the next generation of strategists who will govern the bomb. What little material is available is usually framed in national narratives and overtaken by nuclear mythmaking. Despite the shortfall in nuclear security learning and academic debates, our informal surveys and discussions with young analysts and professors in India and Pakistan suggest there is demand for more comprehensive and balanced curriculum on nuclear security issues.

Limited debate and discussion poses real consequences. Indian and Pakistani public and strategic elites appear primed to embrace fighting under the nuclear threshold and use of nuclear weapons in war. In a recent survey experiment, a majority of Indian respondents favored the use of nukes under scenarios of a terrorist attack, even when other options were equally effective. The vast majority of Pakistani respondents to a recent Gallup survey expressed confidence in a military victory over India in the event of a war, as if there were no risks or downsides to major inter-state war between two nuclear powers.

The shortfalls might be loosely described as a market failure. Insufficient information, scrutiny and debate of nuclear security issues have failed to meet the rising demand of thoughtful, democratic citizenries. Smart strategy requires open debate and rigorous analysis, though national security establishments hesitate to acknowledge it. Impoverished analytic debate and poor strategic assessment can yield potential negative externalities, such as an escalating arms race and conflict that can disrupt future prosperity for entire generations on the subcontinent.

In the past 20 years, the Internet emerged as a powerful tool to redress market failures and bridge information imbalances in areas such as banking and lending, health care, democratic accountability, and even distance learning and education. Massive open online courses (MOOCs) lower the barriers for education and help build a more knowledgeable citizenry on topics from math and engineering, to foreign languages and social sciences. Such open online courses might even inform other areas such as national security and nuclear issues to dampen potential arms races and conflict spirals.

Potential reach is growing as internet and mobile connectivity has rapidly increased in South Asia in recent years. Data from the World Bank show that from 2010 to 2014, Internet users more than doubled in India and almost doubled in Pakistan. In the same time period, mobile cellular subscriptions covered 74.5 percent of the population in India and 73.3 percent in Pakistan. Increasing smartphone penetration in both India and Pakistan, combined with easy-to-use, free online educational platforms, offers a unique opportunity to transform these specialized dialogues.

Indian and Pakistani public and strategic elites appear primed to… embrace the use of nuclear weapons in war.

Though MOOCs continue to grow in terms of offerings and users, trend lines over the past three years suggest interest has begun to decline. Part of this has to do with rather low completion rates among those enrolled in courses as well concerns about efficacy of a passive learning environment. While some criticisms are valid, access to courses may still be better than none at all. MOOCs are also a useful means to enrich discourses across borders on thorny issues, like nuclear security, that would otherwise be limited by available platforms. For its part, MIT, the pioneer of open online courses, is taking this educational medium seriously enough to consider factoring in online courses into its admissions process.

More importantly, demographic data on MOOCs is particularly encouraging. South Asians have some of the highest enrollment numbers and review rates—that is, the amount of material reviews in a course, especially in social science courses. These statistics provide grounds for optimism that courses on international security and nuclear deterrence issues can fill critical voids and find an interested and receptive audience in Pakistan and India.

Nuclear learning requires a clear-eyed understanding of nuclear history, conflict and geopolitics. Nuclear weapons have helped deter nuclear wars and full-scale conventional wars between nuclear-armed states. It is unclear, however, whether they have deterred sub-conventional threats, internal security challenges or territorial incursions. They may also usher in new security risks, intensify crises, and impose long-term economic and environmental costs for a country. Countries that develop or possess nuclear technology and weapons can best be served by a vibrant civic debate that wrestles with these costs and benefits.

Online platforms can provide the requisite nuclear education to fuel these discussions and can yield multiple benefits:

First, by opening up a conversation and making it accessible to new people—young and old—online learning can improve nuclear literacy in civil society and help revitalize the study of nuclear security issues in South Asia.

Second, by encouraging a broader set of angles and perspectives, it enhances the quality of existing curriculums, helping foster balanced nuclear learning, even wisdom. Third, online forums help collapse the distance between students and teachers throughout South Asia and connect potential colleagues around the world.

Sameer Lalwani is Deputy Director for Stimson’s South Asia program. He completed his Ph.D. in political science at MIT and was a Stanton Nuclear Security Postdoctoral Fellow at the RAND Corporation. He also is a co-director of the recently launched Stimson Open Online Course “Nuclear South Asia.”

Co-Founder of the Stimson Center

Michael Krepon is the Co-Founder of the Stimson Center. His areas of expertise are reducing nuclear dangers—with a regional specialization in South Asia—and improving national and international security in outer space. He has written over 400 articles and is the author or editor of twenty books, including most recently Better Safe than Sorry: The Ironies of Living with the Bomb. He also is a co-director of the recently launched Stimson Open Online Course “Nuclear South Asia.”

Xianbin Yao Professorial Lecturer of International Studies at De LaSalle University Manila
URL: https://www.brinknews.com/bringing-south-asias-nuclear-debate-out-of-the-shadows/
Get ahead in a rapidly changing world. Sign up for our daily newsletter. Subscribe
​​