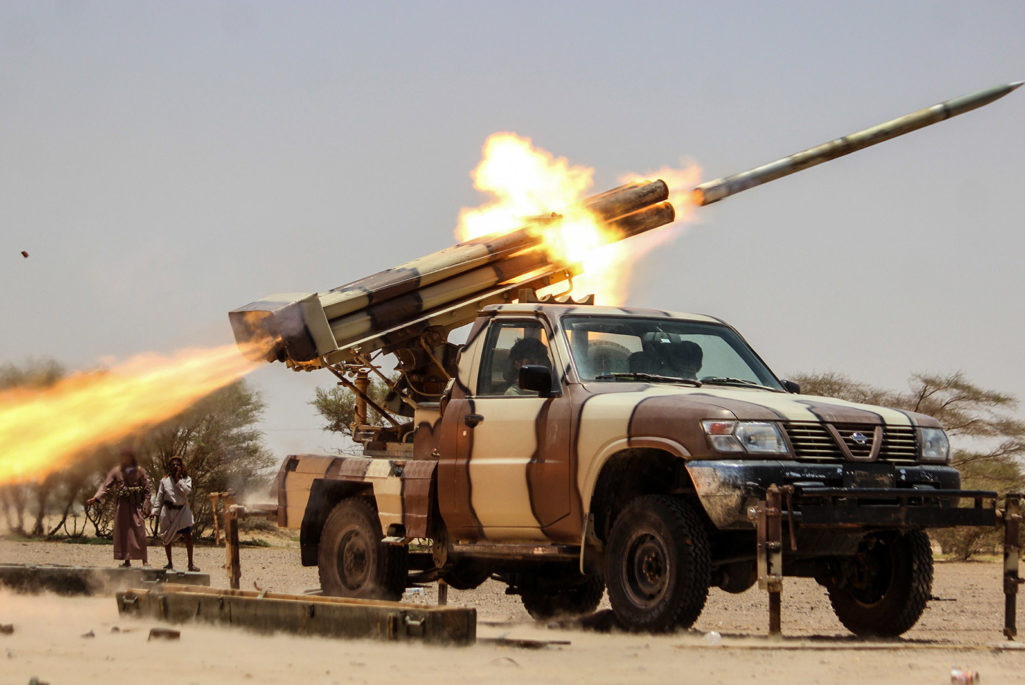 Members of the tribes and popular committees, loyal to Yemen's Saudi-back fugitive President Abderabbo Mansour Hadi, launch rockets against positions of the Huthi rebels on May 14, 2015 in the Marib province, east of the capital Sanaa.

The last few years have ushered in new waves of geopolitical instability. The rise of ISIS and its affiliated organizations has wreaked havoc across the Middle East and its threat of terror has started to bleed into Europe. With the Brexit vote, a major world power pulled out of the European Union, sewing unrest and uncertainty across the continent. Brazil, once praised as a rising star on the world stage, has become closely associated with controversy and corruption.

In today’s increasingly globalized world, geopolitical risk is a very real concern for business leaders. Its reality can’t be stemmed, but its impact can be anticipated and mitigated.

Here is a recap of BRINK’s five top geopolitics stories, ranging from the rising importance of “soft power” in the digital age to the red flags raised by Chinese aid to Pakistan.

Why Defeating ISIS with Military Might is Starry-Eyed Idealism

As the threat of ISIS terror attacks grows increasingly common and blustery politicians call for swift action from the stump, exercising military might against the so-called “Islamic State” seems like a seductive option.

“If ‘defeat ISIS’ isn’t couched within a clear, realistic plan to do the human, political, diplomatic and development work necessary to fix the problems that gave it rise, the mission will fail,” Alpher writes.

Defeating terrorism groups takes more than big guns and loud bombs—in fact, the RAND Corporation contends that outside military intervention is one of the least-effective ways to neutralize terror threats. Instead, Alpher writes, American leaders “need to be realistic and unafraid to say: ‘Our strategy is to build peace.’”

“Risk mitigation is a tale of resilience writ large against a global backdrop in which challenges take shape over varying timelines,” writes John Drzik president of Global Risk and Specialties at Marsh.

Geopolitical risks take center stage in the report, reflecting the evident risk of interstate conflict, state collapse, and the failure of national governance. In order for international leaders and business executives to be successful in an increasingly globalized world, global risk must be at the forefront of their minds.

As part of a Chinese aid deal with Pakistan last year, between $35 and $37 billion was dedicated to improving Pakistan’s desperate need for electricity. The aid was celebrated by some, but others cautioned not to overestimate the benefits Pakistan will ultimately reap.

“The aid provided will be used by Chinese construction firms using Chinese labor for the most part to construct the power plants for Chinese energy companies to own, operate and manage,” writes Lindsay Hughes, BRINK’s GeoWatch columnist and research analyst for Future Directions International. The agreement may also stir unrest with neighbors in the region. China offered Islamabad the opportunity to purchase J-17 fighter aircrafts and Chinese-built submarines—which will likely provoke objections from India.

Providing electricity to an under-developed country sounds like a risk-free endeavor—but much like “deals with the devil,” the risks are often in the details.

Evolution of Soft Power Since Fall of the Berlin Wall

The fall of the Berlin Wall marked a turning point for “soft power,” writes Joseph S. Nye, Jr., Harvard University Distinguished Service Professor, on the anniversary of Wall’s destruction. Nye knows something about soft power: he coined the term in his 1990 book, Bound to Lead: The Changing Nature of American Power.

“[The Wall’s] collapse was not caused by a barrage of artillery,” Nye writes, “but by hammers and bulldozers wielded by people whose minds had been changed by ideas.”

Nye coined the term “soft power” 25 years ago to describe the spread of political influence through the power of ideas. Soft power, he argues, has spread rapidly since the fall of the Berlin Wall due to the information revolution. In 1993, the Internet was home to about 50 websites; today, one-third of the world is online, and by 2020 approximately 50 billion devices will be connected worldwide.

Soft power has already sparked civil disobedience in China and uprisings throughout the Arab world—where will it precipitate shifts in power next?

Last year was defined by social and political instability, according to the 2016 Global Risks report.

“Some 60 million people, the largest number in recorded history, have been forcibly displaced,” writes John Drzik president of Global Risk and Specialties at Marsh. “The number of fragile states, characterized by weak governance regimes or unremitting conflict, is growing.”

The report also explores the top threats the world faces moving forward—both near-term over the next 18 months and looking ahead to the next 10 years.

Peter Schechter Host of Altamar Global Issues Podcast and BRINK columnist Juan Cortiñas Founder and Managing Partner at Opportunitas Advisors
URL: https://www.brinknews.com/brinks-top-5-geopolitical-stories/
Get ahead in a rapidly changing world. Sign up for our daily newsletter. Subscribe
​​