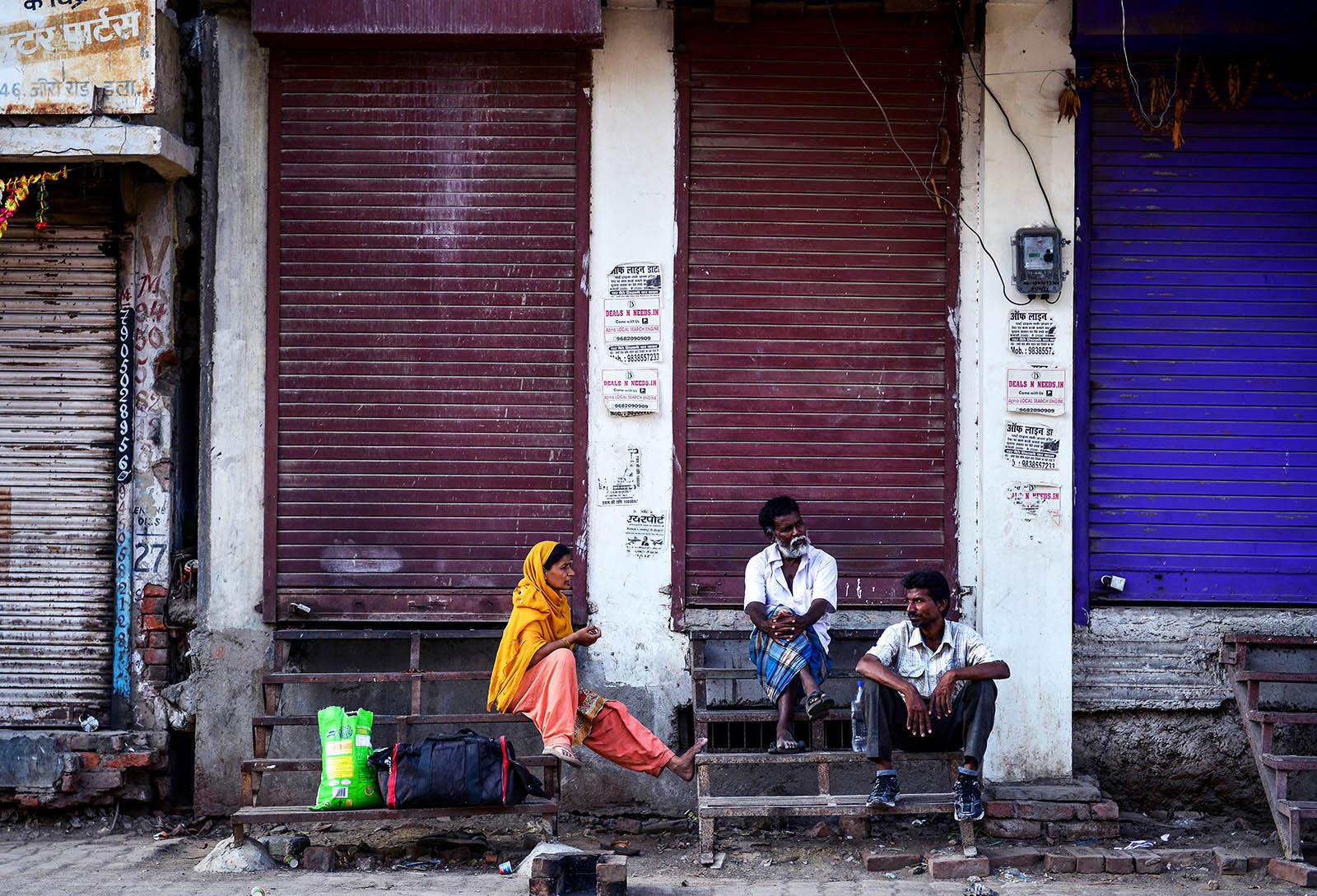 Workers wait to board buses to reach their hometowns after the government eased a nationwide lockdown in Allahabad, India. Several estimations show the unemployment rate has risen to 20%-30% during different phases of lockdown.

As of mid November, India has had 8.3 million COVID infections, and the numbers do not appear to be slowing. Since March 24, Indians have seen numerous containment measures imposed on them in an attempt to contain COVID-19, varying in intensity across the country, including travel restrictions; closing educational institutions, gyms, museums, and theaters; bans on mass gatherings; and encouraging firms to promote remote work.

The economic impact of this prolonged lockdown has been substantial and broad-based. Estimates by different agencies put India’s GDP growth forecast in the negative territory of -3.2% to -6% for the year 2020/21. GDP contracted sharply in 2020, with a second quarter decline of -23.9%, the lowest India has seen since its economic liberalization in the early 1990s.

Several estimations show the unemployment rate has risen to 20%-30% during different phases of lockdown. In a survey of over 46,000 MSMEs in June, conducted by All India Manufacturers Association, one out of three MSMEs indicated that their business was beyond recovery, representing some 20 million MSMEs.

The Indian central government announced a $266 billion relief package, which works out to be approximately 10% of pre-COVID GDP, one of the largest stimulus packages in the world as a share of GDP. The fiscal support measures can be divided into two broad categories: the direct spending and the special measures designed to support interrupted businesses and shore up credit provision to several sectors.

Relief has come through programs such as cash transfers to lower-income households; insurance coverage for workers in the health care sector; and wage support and employment provision to low-wage workers.

As stated by the prime minister on May 12, the focus of the stimulus packages is self-reliance — to empower local economies through local enterprises.

But India’s economy was facing a severe demand crunch well before the pandemic. Despite a fall in the trade deficit, between April and December 2019, the growth in government-financed consumption was 11.2%, while overall GDP grew only 4.6%. The economic slowdown was sharp across the sectors — and the lowest since the beginning of the decade. So, India has been in slow economic growth mode, which has only deepened because of the pandemic.

While it is difficult to predict all the ways in which the stimulus packages will revitalize the economy, there are certain pathways that can already be distinguished. First, the finance sector needs strengthening.

India was on an unsustainable and vulnerable path before the crisis; therefore, the recovery must avoid the dangers and fragilities of the past.

Defaults will also rise among financial institutions that lend to micro, small and medium enterprises. One recent survey found that 43% of long-term debt is held by those companies that spend a predominant share of their earnings on debt service.

Foreign direct investment inflows have been strong, and investors from Japan, the U.S. and Europe are very interested in moving manufacturing from China to India. This could be a major inflection point, but only if the government moves swiftly and decisively on rules and regulations governing its Make in India 2.0.

Over the long term, the growth of digital services is likely to have a significant impact on growth. Indian consumers have enthusiastically adopted digital applications in education, food, staples, shopping, communication, health and fitness during the pandemic lockdown. India has an estimated 26,000 startups, making the country the third largest startup ecosystem in the world. While the entire government machinery is fighting the health and economic crisis, it is India’s digital services that have really excelled.

Toward a Sustainable and Green Recovery

The COVID-19 pandemic is far from over. Nevertheless, the recovery must be evaluated in terms of how much it contributes to the inclusive and sustainable green growth. What should be some of the characteristics of this sustainable green recovery?

First, Indians should feel empowered. India is facing an education sector that is broken down due to continued negligence and the majority are battling with almost non-existent public health infrastructure. So, the first priority of a sustainable inclusive recovery would be access to quality health and education to all.

Second, India was on an unsustainable and vulnerable path before the crisis. The recovery must avoid the dangers and fragilities of the past, not only with respect to climate change, but more broadly with respect to environmental sustainability. There can be no going back to the old normal.

Attempts to return the economy to the old model, characterized by low productivity, high inequality and environmental risk, could severely hinder the ability of its citizens to respond to the multiple challenges they are facing due to the pandemic. In this context, a future stimulus needs to be comprehensive, and ambitious investments that can help resuscitate economies, restore employment and build a better future are needed.

Third, the right investments will need to be fast, labor-intensive in the short run, and have high multipliers and co-benefits, including for air pollution, climate change and resilience.

Investments with these characteristics would include renewable energy assets and grid modernization, education and training in the skills of the future, research and development in clean technologies, and rural support and investment in climate-smart agriculture. Natural capital investment is also important in light of COVID-19 and is needed to improve ecosystem resilience and restore degraded land and habitats.

Falling fossil fuel prices provide an opportunity for carbon pricing and the reform of inefficient subsidies. This can provide a source of much-needed revenues and be a part of wider fiscal reforms to restore fiscal sustainability.