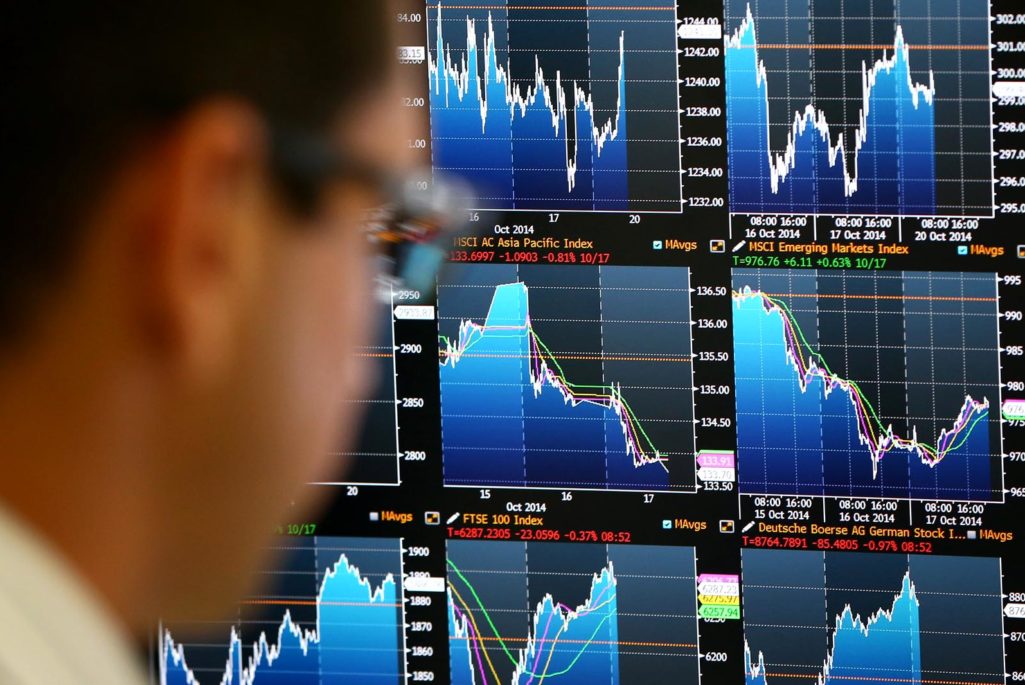 An employee views trading screens at the London offices of Panmure Gordon and Co. Insurance rates in the second quarter of 2017 declined globally in light of market forces.

The halfway point in the 2017 fiscal year marked the seventeenth consecutive quarter in which global commercial insurance pricing declined, on average, according to the Marsh Global Insurance Market Index. It was also the sixth straight quarter in which the rate of pricing decline moderated, according to the index, which is a proprietary benchmark of commercial insurance premium rate change at renewal, representing the world’s major insurance markets and comprising over 90 percent of Marsh’s premium.

Among the index’s regional highlights, the Pacific showed an increase in average pricing in the second quarter, with average property rates in the region increasing for the first time since 2013. The index’s overall decline is largely due to the continuation of significant capacity in the global insurance market and a competitive underwriting environment.

Along with the amount of capacity and attendant competitive underwriting environment, insurance pricing has been affected by an absence of significant catastrophe losses in recent years. Insured global natural catastrophe losses totalled $19.5 billion in the first half of 2017, according to Munich RE. Those losses compare to an annual average of $29 billion for the corresponding six-month periods of the last 10 years, according to the Munich RE data. Insurance rates in the second quarter declined globally, on average, across all major product lines— property, casualty, and financial and professional coverages. The global casualty composite index was the one area in which the rate of pricing decline was higher in the second quarter compared to the first, driven by the U.S. market.

The change in U.S. casualty lines was largely due to an increase in the average rate of decline in workers’ compensation pricing and a smaller, continuing increase in average auto liability pricing. General liability renewal rates also declined in the second quarter after posting slight increases in the previous quarter.

Also in the second quarter: U.S. cyber liability rates decreased 1.5 percent, on average, in the second quarter of 2017, the first time since 2012 that average cyber rates declined for two consecutive quarters. As in other lines, overall capacity is increasing as new insurers enter and existing ones expand their capacity levels.

At the same time, rate improvement continues in the sectors that were most affected by cyber events in recent years. As cybersecurity investments from these firms take effect and the claims environment improves, the general unwinding of historic cyber insurance rate increases is reducing overall market rate change, on average. We will watch closely in coming months to see what, if any, impact recent high-profile events—including the WannaCry and Petya malware attacks—have on the cyber insurance markets. Jonathan Munemo Professor of Economics at Salisbury University
URL: https://www.brinknews.com/commercial-insurance-rates-continue-decline-in-light-of-global-market-forces/
Get ahead in a rapidly changing world. Sign up for our daily newsletter. Subscribe
​​