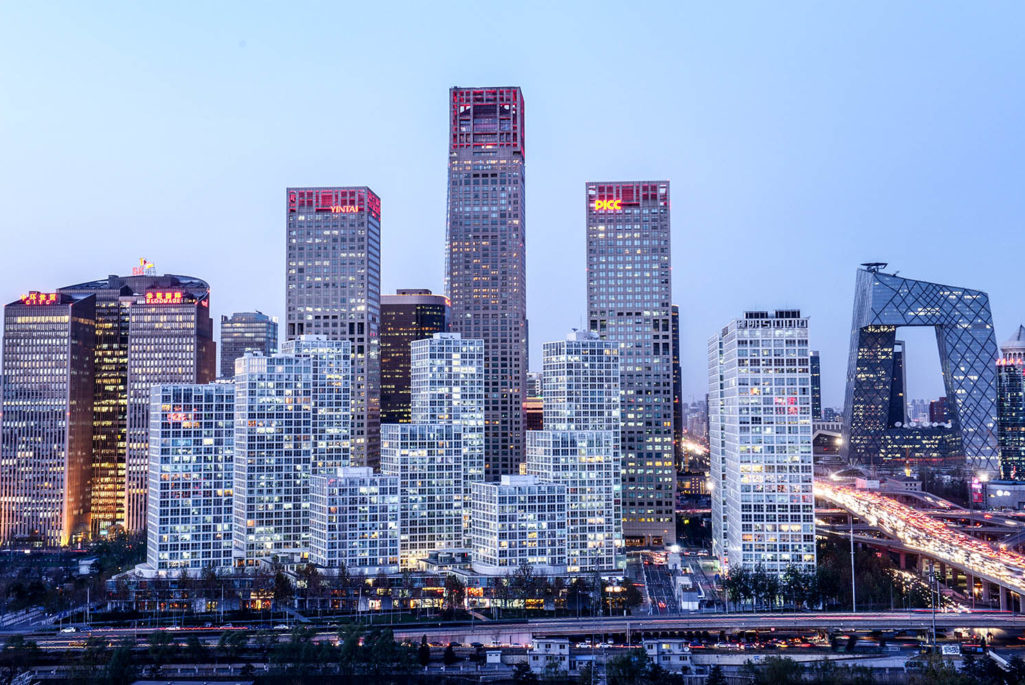 A general view shows the skyline of a central business district in Beijing.

Despite an $800 billion drain on China’s foreign reserves over the last 20 months, Chinese firms have been on a buying spree that has only accelerated since the beginning of the year.

One could argue that the Chinese government may have to start rethinking its ”go-out” policy for Chinese companies to preserve the country’s hard-earned foreign currency assets, accumulated after years of an export-led growth strategy; however, the reality is that the first quarter of 2016 has seen an explosion of cross-border mergers and acquisitions by Chinese companies. In one single operation, the state-owned ChemChina offered up to $43 billion to acquire Syngenta, the Swiss agrochemical firm.

China’s total M&A activity during the first quarter could be close to $100 billion—about the same as in 2015—according to Dealogic, one of the largest M&A data providers. That figure is bigger than the $60 billion estimated by the advisory firm, Rhodium Group and more than double the official $40 billion, published by China’s Ministry of Commerce.

There’s been a lot of speculation about why Chinese firms are stepping up their purchases. The first and most structural one is that the Chinese economy today is much larger compared with its presence in the global M&A landscape. In fact, China’s GDP is at least 14 percent of the global economy, while its share in total cross-border M&A lies between 2 and 6 percent, depending on the source.

Beyond the structural reasons pushing for a bigger part of the pie, more cyclical reasons could be behind the recent acceleration in China’s cross-border M&A, such as the disenchantment with domestic investment opportunities after the stock market crash last summer, as well as increasingly low interest rates. Very low rates make the domestic financing of such large M&A operations much less costly; that coupled with the widespread expectation of a yuan devaluation—at least until very recently—may have heightened the interest of Chinese CFOs for cross-border purchases.

How Are Chinese Firms Financing M&A?

A key question to ask in order to understand whether this buying spree can continue and, even more importantly, how sustainable it may be, is how this cross-border M&A activity is being financed. In that regard, many observers remain perplexed by the timing of such a big surge in M&A, as it coincides with further tightening of controls on capital outflows in China in an effort to stem the rapid loss of reserves.

One could actually argue that, in normal times, reducing the amount of low-yielding foreign reserves to buy real assets abroad would have been considered a great idea and is probably one of the key reasons for China’s “outward policy.” The problem is that, since last summer, China’s financial woes have radically changed the perception of how many reserves China can lose without creating a “confidence” problem. The question, then, is whether China’s recent boost in cross-border M&A could be constrained by trends in China’s foreign reserves or, more specifically, whether M&A activity may decelerate, or even stop, if foreign reserves were to fall again in as rapid a way.

While such a scenario is appealing on paper, the reality is that the relation between the boost in M&A and the fall in reserves is more blurred than one might think. In fact, only a small part of the loss of reserves can really be explained by such purchases.

To give a rough sense of dimension, given data limitations, China cross-border M&A in 2015 was only $40 billion, according to official data, as compared to $513 billion foreign reserves lost in 2015. Furthermore, part of that amount cannot have dragged down foreign reserves, as the M&A operations were either financed offshore or even paid in yuan as part of China’s efforts to internationalize the currency. Regarding the former, according to the Ministry of Commerce, as much as 16 percent ($6.3 billion) of China’s M&A in 2015 was financed offshore. As for the latter, the People’s Bank of China has estimated that as much as 16 percent of total Chinese outward foreign direct investment was denominated in yuan in 2014. Assuming that such a trend did not change much in 2015, only $27 billion (i.e., 68 percent of total cross-border M&A) would have eaten up China’s foreign reserves. This is about 5 percent of the total fall in foreign reserves in 2015. Even if we were to use the upper estimate on China’s cross border M&A for 2015 from Dealogic, it would still only be 13 percent of the total reserves.

While large, it seems quite clear that cross-border M&A is not driving China’s loss of foreign reserves, so it is hard to think of reserves as a key constraint for China’s buying spree to stop any time soon.

Such a constraint might actually be elsewhere, namely in the increasingly high leverage of Chinese firms. In fact, there used to be a time when Chinese companies were cash-rich, as credit was limited. Nowadays, after a long cycle of easy money since 2008, Chinese firms have doubled their debt-to-GDP ratios while they have severely reduced their repayment capacity. A simple measure of such capacity, EBITDA to interest payments, has worsened dramatically in the last few years and is now half of that of companies globally. This is due not only to the sharp slowdown in corporate revenue in China, but also to the rapid growth in their interest burden as they continue to grow. Large foreign purchases by Chinese companies only add more fuel to the fire.

All in all, it seems that the real limit for China’s buying spree abroad may lie on the amount of their increasing leverage, rather than on the country’s recent fall in foreign reserves.

David Dollar Senior Fellow of the John L. Thornton China Center at Brookings Institution
URL: https://www.brinknews.com/debt-not-reserves-to-constrain-chinas-cross-border-buying-spree/
Get ahead in a rapidly changing world. Sign up for our daily newsletter. Subscribe
​​