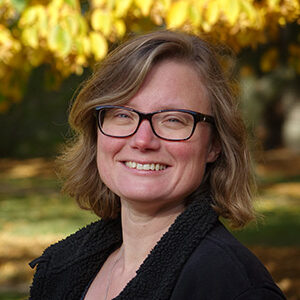 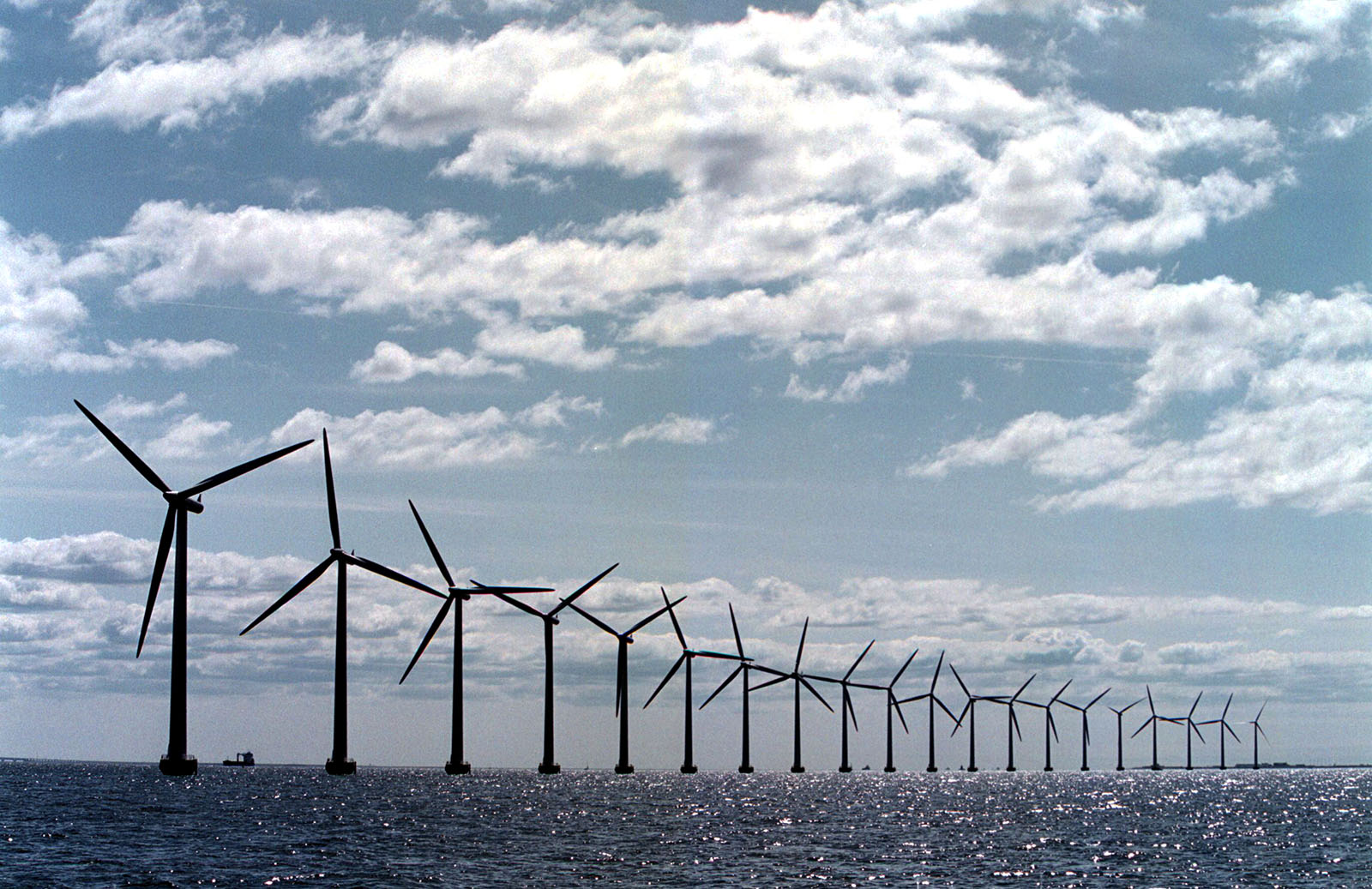 One of the world's largest offshore windmill farms, Middelgrunden Windmill Farm, located in the Oeresund, Denmark, near Copenhagen harbor. Denmark has seen an increase in wind power and solar energy.

Denmark’s parliament recently voted to make its carbon reduction plan law. Denmark has one of the most aggressive climate plans of any country, aiming to reduce emissions to 70% of its 1990 carbon levels within 10 years.

To do that will require removing an estimated 20 million tons of carbon from the Danish economy. Jette Jacobsen is vice chair of the Danish Council on Climate Change and professor of Environmental and Resource Economics at the University of Copenhagen. BRINK began by asking professor Jacobsen whether this is realistic.

JACOBSEN: Yes, I think it’s realistic. The challenge is to make it wise. One of the big concerns is, of course, how can we do it so that it costs the least for society?

In that regard, we estimate that it would probably cost around 1% of Denmark’s GDP by 2030. Which, compared to many other types of costs, is not a huge amount, given that we are also expecting growth in GDP until 2030.

One of the things that we have been proposing in the Climate Council is a uniform carbon tax across all sectors, which would be the same level for all sectors. We are recommending a carbon tax of 1,500 Danish kroner ($237) per ton of carbon dioxide equivalent by 2030, with gradual increases every year to get to that level.

If the government decides to say, for example, that the concrete industry will be exempt from reducing their emissions, then you have to find the emission reduction somewhere else, and that will likely be more expensive. So whether it will cost 1% of GDP or more depends a lot on what policies the government chooses.

BRINK: What is Denmark’s carbon tax level at the moment?

JACOBSEN: If we look at the use of natural gas in district heating, we already have a carbon tax of around 1200 Danish kroner, so it is close to our recommended level. On the other hand, if we look at the use of coal in industry or diesel in the agricultural sector, it’s down to around 200 kroner per ton. So today, it is very uneven, meaning that there are reductions that are relatively cheap to make but are not worth implementing because the full cost of the emission is not being paid.

BRINK: And is there a general popular agreement for a uniform carbon tax like you describe?

JACOBSEN: Well, the current government is not supporting it. But in the parliament, from both left and right-wing, we see that some members are supporting it. It is slowly moving, but as it is now, there’s not a lot of popular support for it.

BRINK: Have you seen any evidence so far of companies relocating elsewhere outside Denmark because of the idea of a carbon tax?

JACOBSEN: It does exist in some sectors, but if you think of natural gas in district heating, that’s something that is not really possible to move somewhere else. According to a report from the Danish Economic Council, if we reduce emissions by one ton in Denmark, half a ton extra will be emitted elsewhere in the world due to leakage from relocation. So you can say there’s a leakage rate of 50% in the estimate that they have in their model.

Two sectors that are contributing the most to the Danish emissions: the agricultural sector and transportation — both are the hardest, or most costly, to reduce.

However, in Europe, we have a quota system for industries, which means that you can buy and sell quotas. And when a country like Denmark decides to make separate policies that are more climate ambitious than the rest of Europe, then the leakage rate will be very high within these sectors that are covered by the quota system.

A Lot of Small Building Blocks

BRINK: Where will the main shifts in the economy occur in order to get to this target? Is it a big increase in wind, for example? Is it a de-carbonization of electricity?

JACOBSEN: It’s actually a lot of smaller building blocks. Some things are already in the plans, such as an increase in wind power and solar energy, and it’s been decided to end the use of coal. But other than that, there are a lot of small initiatives that cover many different sectors.

With agriculture, a lot of the emissions come from cattle and pig production, but also from soils. We have a lot of organic soils that have been drained during history in order to make them usable for agriculture. And when you drain these soils, they emit quite a lot of carbon dioxide.

So one quite cheap proposal is to just stop using these lands, that means stopping the drainage so that they become wet again and not usable for agricultural production. If we do that, then emissions will be reduced quite a bit in the agricultural sector.

One thing that they do have in the strategy is the use of carbon capture and storage. So essentially, when you burn something, you capture the carbon from that and store it in the ground. That approach is still at a very initial state, but it is actually part of the plan of how to reach the 70% target.

Not Yet Decided Who Will Pay

BRINK: Would farmers be compensated if they can no longer use that land?

JACOBSEN: That’s a current debate and not yet decided. To reach the 70% reduction, there’s no overall strategy of who is going to pay, whether it is the producers who are going to pay, or whether it should be financed through subsidies, essentially meaning that citizens would have to pay through their taxes.

This is an important thing. To make their investments for the next 10 years, companies need to know which direction they’re going in. If they know that they have to pay a tax in five years time if they have emissions, they can factor that in. If the tax is introduced without warning, it’s much more expensive and will be much, much more difficult to implement.

So the sooner they can come up with a plan of how to implement it, the easier it will be from an investment perspective.

Vice Chair of The Danish Council on Climate Change @Jette_Bredahl

Jette Bredahl Jacobsen is professor in environmental and resource economics at University of Copenhagen and deputy chairman of the Danish Council for Climate Change. The Danish Council on Climate Change provides recommendations on climate initiatives in the transition to a low-carbon society based on independent professional analyses centerd on the overall objective for 2050.

Mark Campanale Founder and Executive Chair of The Carbon Tracker Initiative
URL: https://www.brinknews.com/denmark-becomes-a-leader-in-climate-change/
Get ahead in a rapidly changing world. Sign up for our daily newsletter. Subscribe
​​