Different Standards for Judging the BRI? 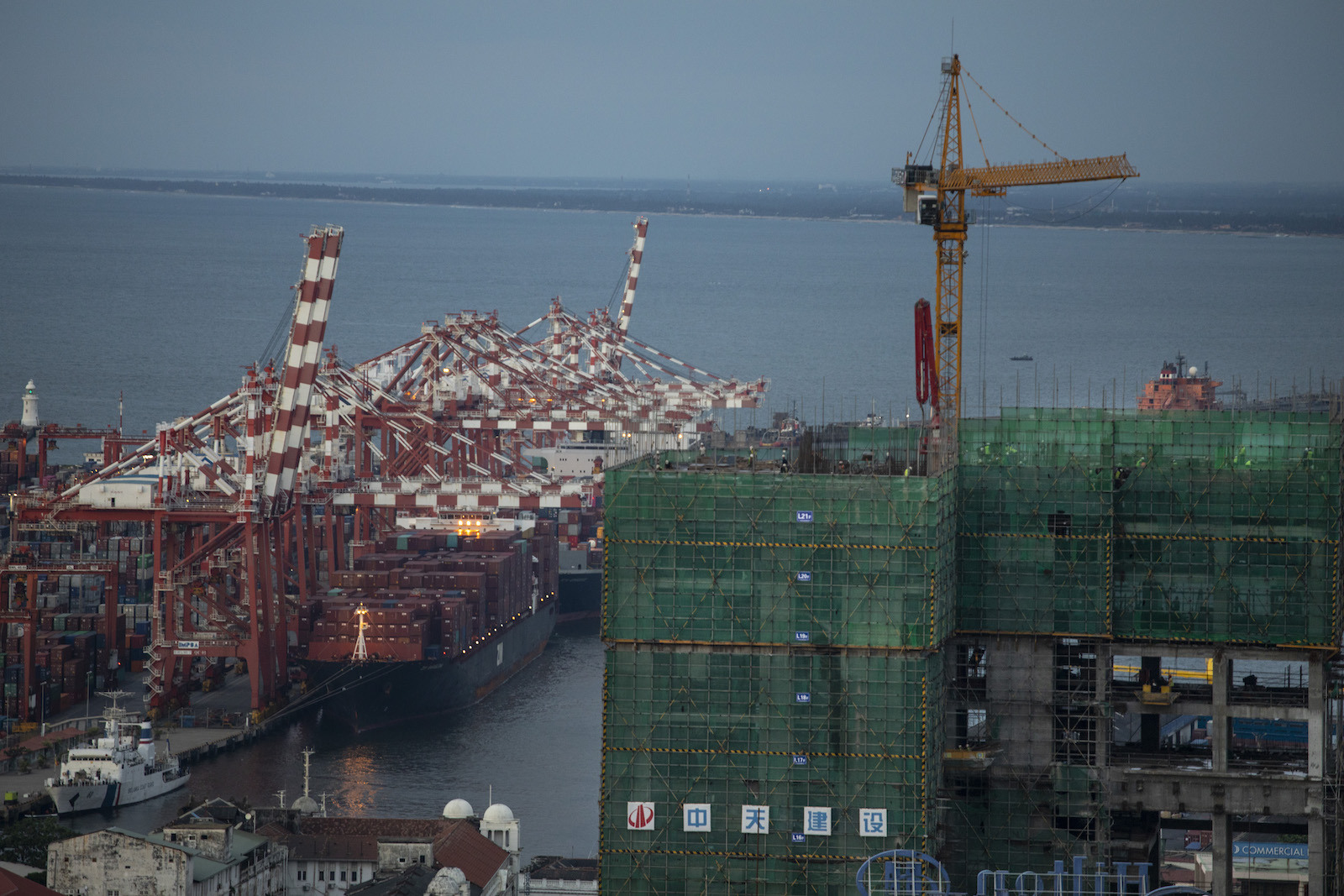 The Colombo deep sea port, alongside construction underway for the Ritz Carlton and the JW Marriott hotels, which are Chinese-managed projects. The BRI can benefit China's domestic market but can also benefit partner countries through trade flows.

China’s Belt and Road Initiative has, in recent times, come in for a fair bit of criticism, with some likening it to a political lever for use by Beijing, others unhappy with the debt burdens it places on partner countries, and still others questioning China’s motives and the economic benefits that partner countries can potentially derive from the initiative. The criticism notwithstanding, the BRI has grown in scale like few other economic initiatives ever before, with more than 80 countries participating.

In this interview, Mahamoud Islam, senior Asia economist at Euler Hermes, speaks to BRINK Asia about the birth of the BRI, its importance for China and partner countries, the question of mounting debt in partner countries, and whether the criticism of the BRI is well-founded.

BRINK Asia: From a Chinese perspective, why is the BRI important?

Mahamoud Islam: First we have to put things in context. In the early 2000s, the Chinese economy grew rapidly, and one of the key growth drivers was exports—strong export growth supported strong economic growth. During the global financial crisis, the authorities implemented a massive stimulus to boost economic growth. This led to a strong recovery but also to a significant rise of macroeconomic imbalances: the rise of indebtedness and a rise in overcapacity, especially. With these experiences in mind, the Chinese authorities started to rethink their economic growth model. One, exports should remain a growth driver, but domestic consumption should play a greater role. Two, authorities should find long-term growth drivers to create a sustainable growth environment.

The BRI was born in that context. It was designed to find new growth drivers. On trade, the objectives were to support export diversification as China increased trade partnerships with other economies and to find new clients for corporates that are in sectors with overcapacity. Domestically, the BRI could be a key driver for economic development as a rise in infrastructure investment in the western part of China helps to reduce regional disparities. So, economically, it is important because it is expected to help China find and build new growth drivers.

Last, it is also important from a political perspective, as it serves as a branding strategy for Chinese foreign policy. The BRI is more than an infrastructure strategy. The objective is to promote development through greater cooperation on matters such as trade, financing, investment and culture along Belt and Road routes.

BRINK Asia: What are its implications on trade and investment in China?

Mr. Islam: As stated earlier, we expect the BRI to help diversify Chinese exports. One of the key implications of the initiative is that it will provide China more outlets for its growth through more customers along the Belt and Road. The second implication is that it provides an outlet for China’s substantial savings (about 45-50 percent GDP). By investing in BRI markets for instance, China could expect some return on investment in the longer term or technology transfers if Chinese companies invest in high-tech companies abroad. Last, it can help internationalize the yuan and build financial links with partner countries. This could become more important as the project gets traction. Note that while in its beginning, the project included just over 60 countries; it now includes more than 80 countries.

BRINK Asia: What are the trade and investment implications on partner countries?

It is true that it can be a source of financing difficulties for some markets that are already vulnerable, such as Pakistan or Sri Lanka. Yet, there are also many positives. Concretely, trade between BRI markets and China is increasing. Trade costs, namely transport costs and time of delivery, are expected to decrease with countries getting better transport infrastructure and ultimately a boost in trade.

BRINK Asia: Is debt emerging as a major issue for partner countries?

Mr. Islam: For sure—this is a problem. However, it isn’t a problem just for the recipient countries, but also for China. If BRI partner countries have trouble repaying China, it will pose problems for China as well.

So yes, there are problems of financial sustainability behind the BRI. This is especially true for partner members that have fragile public finances—Sri Lanka, Pakistan, or Mongolia, for example. But it is also true for China. If China does not get paid, it loses money. And this is all the more important because China is also in a difficult financial situation. It is true that savings are high, but let’s not forget that debt in China, especially in the corporate sector, is high (164 percent of GDP).

This configuration has three implications. One, there are countries where it will be more difficult to implement Belt and Road initiatives, because these markets do not have strong financial capabilities. Two, it will likely be important to expand the pool of financing for the project, as China cannot finance it alone. Three, improving the risk assessment of BRI projects will be key to limiting financial losses.

There are markets for which the BRI could be a source of opportunities more than risks. Markets such as Thailand, Indonesia or Philippines, for example, have large infrastructure needs, and their financial capabilities are relatively strong. Economic growth is already solid in these countries; a boost in infrastructure spending could unlock growth potential further without endangering public-finance sustainability.

BRINK Asia: You touched upon criticism of the BRI—how do you perceive the BRI?

Mr. Islam: I think that the BRI is an ambitious and very broad development strategy. It is a project designed by China that can benefit its domestic market but can also benefit partner countries through trade flows. Do not forget that China contributes to 1 percentage point of global economic growth (out of 3 percent). This is important in the current context when there is a growing skepticism about trade and global economic growth is slowing.

That said, as most ambitious and large-scale financial projects, it brings considerable risks, and thus it needs fine tuning. Involving more partner countries and the private sector, and with a better structure—a clear regulatory framework that, for example, clarifies the targets and the role of the members—the initiative will be critical for China to get more financial resources and reduce risk of losses in the longer term.

Bart Édes Distinguished Fellow at Asia Pacific Foundation of Canada
URL: https://www.brinknews.com/different-standards-for-judging-the-bri/
Get ahead in a rapidly changing world. Sign up for our daily newsletter. Subscribe
​​