Europe Is Becoming the Battleground for Who Controls Data 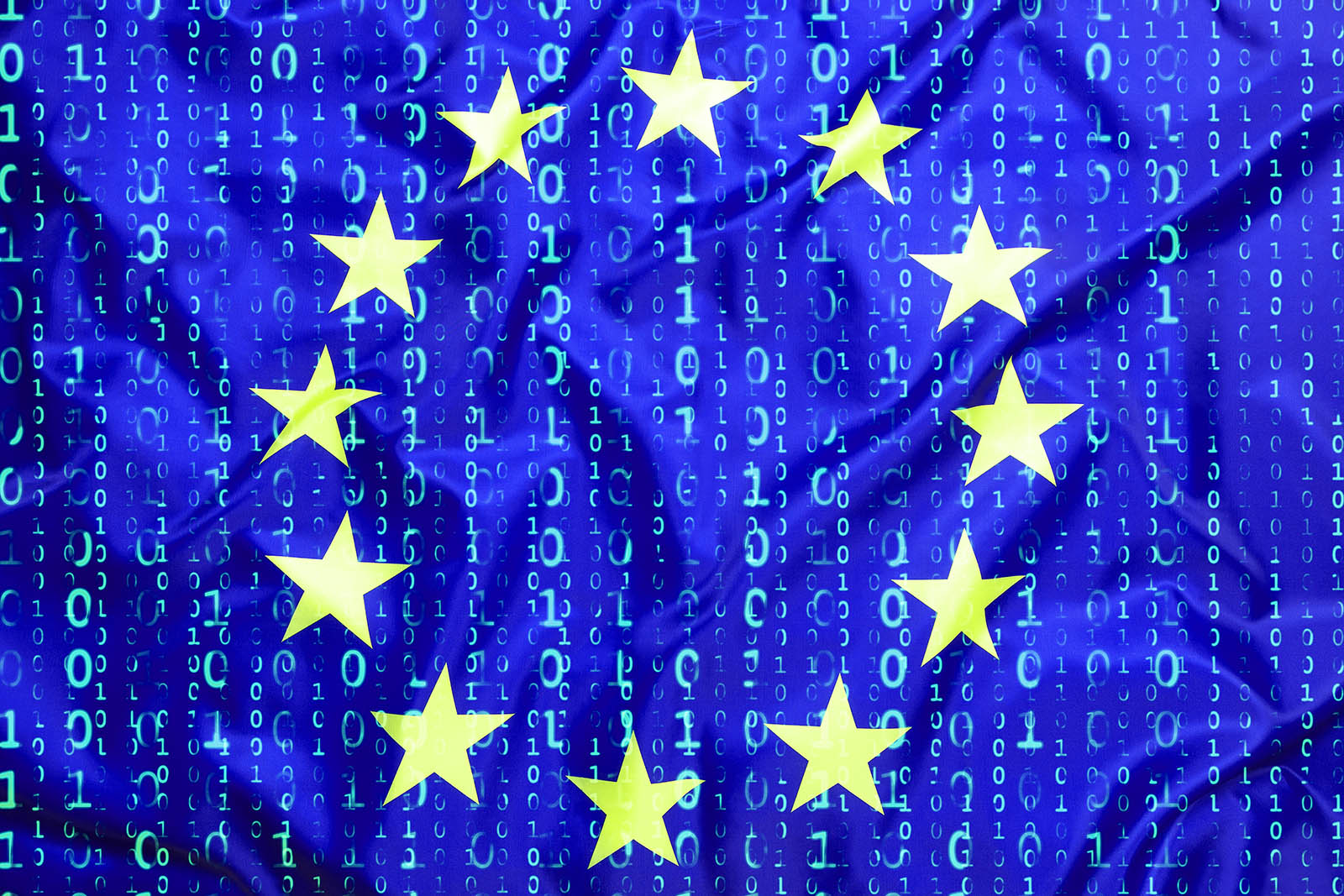 An image of the European Union flag with a binary code in the background. Europe is quickly becoming the central battleground for the future of the digital economy.

From France’s President Emmanuel Macron to Germany’s Chancellor Angela Merkel, a growing number of EU leaders have recently ratcheted up their vocal criticism of the large tech companies. Chancellor Merkel, for example, says that Europe needs to regain sovereignty over its data.

A string of recent controversies, such as Facebook and Cambridge Analytica and Google’s problems tracking and storing app users’ data, have eroded European governments’ trust in Silicon Valley and its ability to self-regulate.

Instead of relying on U.S.-based platforms, the EU should develop its own cloud industry. Chancellor Merkel’s minister of economic affairs, Peter Altmaier, even suggests a name: Gaia-X.

In the minister’s mind, Gaia-X should become the European digital platform that would offer the chance to store and process data in a transparent way in Europe. Doing so would cut overreliance on U.S. or Asian providers. Approximately 40 companies have indicated their support for the initiative, and Mr. Altmaier’s ambition is to get Gaia-X operational in a year’s time.

Margrethe Vestager, the powerful EU commissioner in charge of competition, added her voice to the mix saying that going after big tech because it allegedly avoids paying its fair share of taxes won’t be sufficient anymore. The next step could be much more far-reaching regulation. It doesn’t take much imagination to see how an army of big tech lobbyists would be mobilized in the coming months in Brussels to prevent such a scenario from materializing.

Europe is quickly becoming the central battleground for the future of the digital economy.

Data protection was always much bigger in Europe than in the U.S. Hence the far-reaching data protection regulation GDPR. However, there is a growing sense that any steps taken so far have not substantially altered Silicon Valley’s behavior.

Will Libra Ever See Daylight in Europe?

The tech sector’s push into financial services is moving the goal posts very quickly. Facebook’s attempt to establish a global digital currency is perceived by European institutions, politicians and central bankers alike as a watershed moment: a real threat to national sovereignty and, ultimately, democracy. Hence the virulent reaction, which seems to have taken the Libra consortium by surprise. Facebook is now scrambling to adapt its plans, but the political damage is done.

Technology is changing the economy fast, and Europe has finally realized that it needs to embrace the change, but it is late in offering its own solutions.

Until recently, European banks feared that big tech wanted to expand its presence in payments systems in order to eventually make inroads into traditional deposit-taking banking activities. Now, the industry is not so sure: Many bankers believe that perhaps by partnering with traditional banks, the likes of Facebook or Google are already achieving their real goal: to gain access to precious data.

The highly regulated part of the business would remain with banks, while big tech would concentrate on lightly regulated activities of financial services, such as payments systems.

Open banking regulation, also known as PSD2 (payment services directive) has opened access to parts of the data stocks of banks, with the intention of helping fintech startups to grow. But with their scale, big tech companies are much better positioned to take full advantage of open banking regulation, and many fintechs could end up being squeezed between the bigger and more powerful tech companies and the banks.

Given the current limits to a reciprocal approach — fintechs can access banks’ data, but in return, banks are not yet able to access the data of fintech clients — the real question seems to be whether open banking regulation could become a trojan horse for a big push into financial services by big tech.

Banks — at least those with the right scale and perhaps some with a very specialized approach — surely would survive, but profitability could further suffer.

Traditional credit institutions could, in fact, even become utilities. Given the reliance of Europe’s economy on banks for the funding of the real economy, such a scenario is causing headaches among bankers, central bankers and policymakers alike.

Control of Data Is the Real Goal

The European Central Bank is pushing for a European payment system. Some banks are advocating for a “European cloud” or, at the very least, for European cloud user solutions that would entail a greater degree of coordination among banks and big techs to set common standards for the use of cloud-based solutions.

Technology is changing the economy fast.

The control over data is becoming a new political battleground between the U.S., Europe and China. Europe has finally realized that it needs to embrace the change wholeheartedly, but it is late in offering its own solutions. What Europe is increasingly looking for are ways to manage a process that could have profound unintended consequences. In other words, to support European solutions.

Some, especially in Berlin and Paris, seem to be tempted by protectionist solutions. However, the change is already so deeply ingrained in EU societies that every public effort to steer change will need careful calibration. With the new EU Commission now starting its work, we should learn soon which approach will prevail.

Til Schuermann Partner and Co-Head of Oliver Wyman’s Risk & Public Policy Practice
URL: https://www.brinknews.com/europe-is-becoming-the-battleground-for-who-controls-data/
Get ahead in a rapidly changing world. Sign up for our daily newsletter. Subscribe
​​