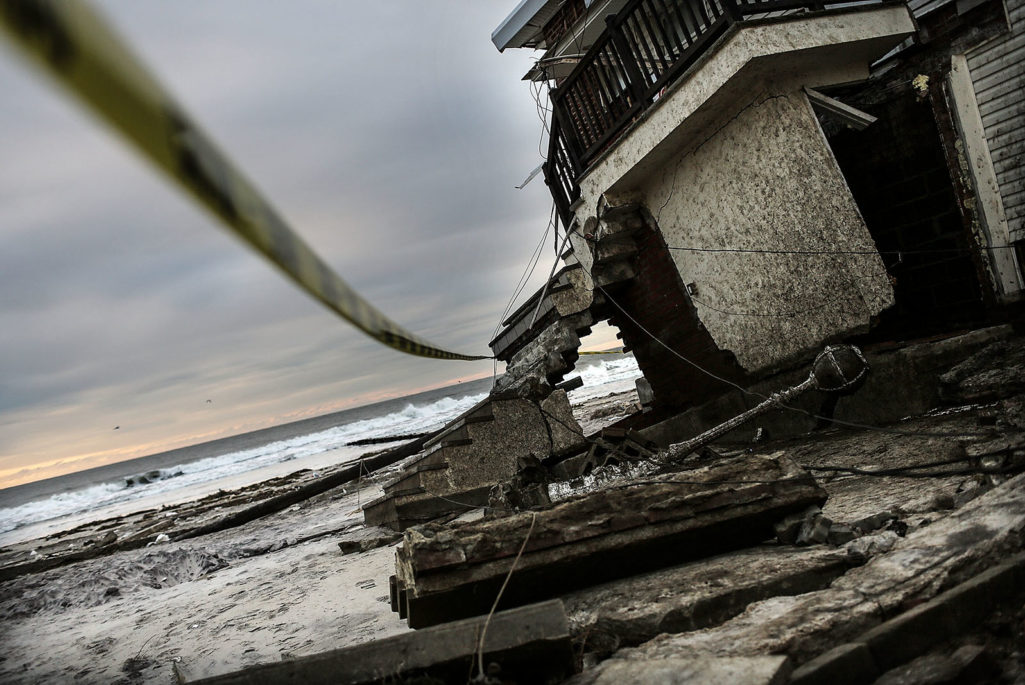 A damaged home is cordoned off along the beach in the Rockaway neighborhood, in Queens where a large section of the iconic boardwalk was washed away on November 2, 2012 in New York in the aftermath of Hurricane Sandy.

Coastal megacities are particularly vulnerable to storm surge flooding. In 2013 floods caused the largest amount of insured losses for global disasters of all kinds. The potential for catastrophe is dramatically increasing as the world experiences record migration from rural to urban environments.

Each year about 70 million people move to cities. Population in coastal flood zones is expected to increase 25 percent by 2050. And while this urban migration itself isn’t necessarily a problem, many cities are struggling under the strain of these influxes to provide sustainable resources and reliable infrastructure.

Meanwhile, trillions of dollars in assets sitting in flood zones are left without adequate protections, for a variety of reasons, write the authors of an award-winning article in Science magazine, on flood mitigation strategies.

The Science article outlines a multidisciplinary approach to evaluating flood resilience strategies based on models for New York City; however, the lessons learned from this approach are transferable to the international community, says Erwann Michel-Kerjan, executive director of the Wharton Risk Center and a co-author of the Science paper. He spoke with BRINK during a video interview about the theories behind the collaborative effort that lead to the paper’s findings.

In the video, Michel-Kerjan outlines the team approach it took to develop an analysis of flood mitigation strategies and then delves into some policy solutions for flood prone areas. He also explains how physical and financial protections can be linked creatively to develop some long-term solutions to flooding risk.

Carolina Klint Risk Management Leader, Continental Europe at Marsh
URL: https://www.brinknews.com/fighting-flooding-in-coastal-megacities/
Get ahead in a rapidly changing world. Sign up for our daily newsletter. Subscribe
​​