Geopolitical Threats on the 2016 Horizon 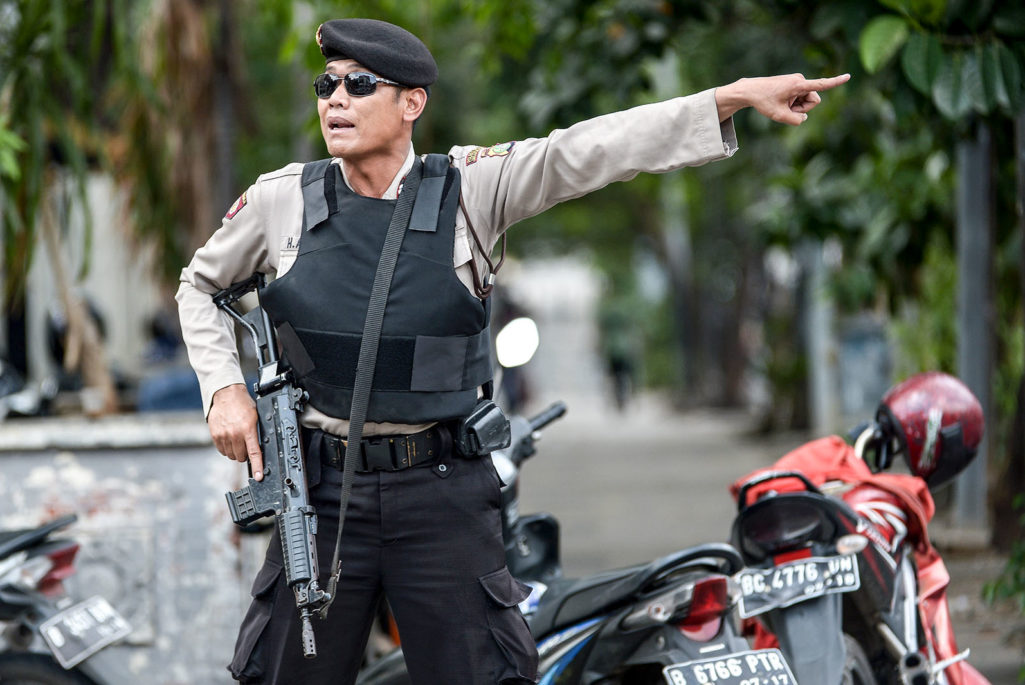 An Indonesian policeman gestures as police exchange shots with armed men in Jakarta on January 14, 2016, after gunfire and explosions left seven dead in the Indonesian capital.

Businesses experienced unprecedented international expansion during the last decade and have come to rely on operations outside of their home countries like never before. As these organizations have grown more global, one simple truth has become clear: Multinational businesses must now be prepared for any type of political or economic risk anywhere in the world.

This week, Marsh and BMI Research released the 2016 edition of the Political Risk Map, our annual look at the most difficult countries in which to operate and the major political, economic and societal trends that could give rise to higher credit and political risks globally. Along with overall country risk scores for more than 200 countries and territories, the map and accompanying report identifies eight major drivers of political risk in 2016. Two of the most critical risks: terrorism and falling commodity prices.

This map is based on BMI’s Country Risk Index that assesses the economic, political and operational environment of each country. Countries are rated on a scale of 0-to-100 with 100 being the most stable. Countries shown in light green (80-100) are the most stable; red (< 49) indicates an unstable environment. An interactive version is available here. Source: Marsh

Prompted by recent attacks in Paris, the U.S. and elsewhere, world powers have renewed their focus on combating terrorism. BMI expects the war on terror that began after the September 11, 2001 attacks to continue for at least another decade.

A prime target in the fight against terrorism is the Islamic State (IS), whose growing influence in the Middle East and North Africa has contributed to regional instability. In Syria, France and other Western countries have intensified airstrikes against IS targets after the Paris attacks, but that country’s prolonged civil war will continue deep into 2016. The flow of refugees from Syria has presented security concerns and strains on government services for both neighboring countries, such as Turkey, and many European Union members. Meanwhile, in Iraq, the government’s challenge is to regain control of Mosul, Iraq’s second-largest city, from IS forces. But even if Mosol is recaptured, tensions between the Shi’a-dominated government and the Sunni minority will continue.

Since the start of 2014, prices for commodities, including livestock and precious and industrial metals, have dropped precipitously. Oil prices, for example, fell from $112 per barrel in June 2014 to just $38 per barrel in December 2015, their lowest price since July 2004. Prices are expected to rebound somewhat in 2016—BMI forecasts average oil prices of $42.50 per barrel this year—but that’s still far from recent highs.

Those falling prices have hurt the economies of commodity-exporting countries, contributing to political risks there. Angola, Congo-Brazzaville, Equatorial Guinea, Iran, Iraq, Nigeria, Russia and Venezuela, for example, are all at greater risk as a result of falling oil prices. And coupled with rising interest rates and currency slumps, the decline in other commodity prices is likely to have lasting economic effects in both emerging markets such as Brazil and developed markets such as Canada and Australia.

As these economic and political factors continue to put pressure on several countries’ economies, multinational businesses must prepare for the possibility that political violence, unrest or other large-scale crises can quickly develop in any part of the world. That includes countries that have historically been seen as safe or stable.

Businesses can prepare for these risks in several ways:

Xianbin Yao Professorial Lecturer of International Studies at De LaSalle University Manila
URL: https://www.brinknews.com/geopolitical-threats-on-the-2016-horizon/
Get ahead in a rapidly changing world. Sign up for our daily newsletter. Subscribe
​​