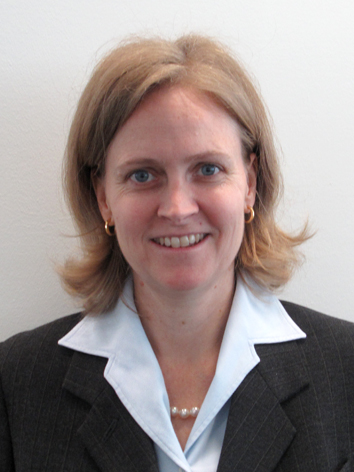 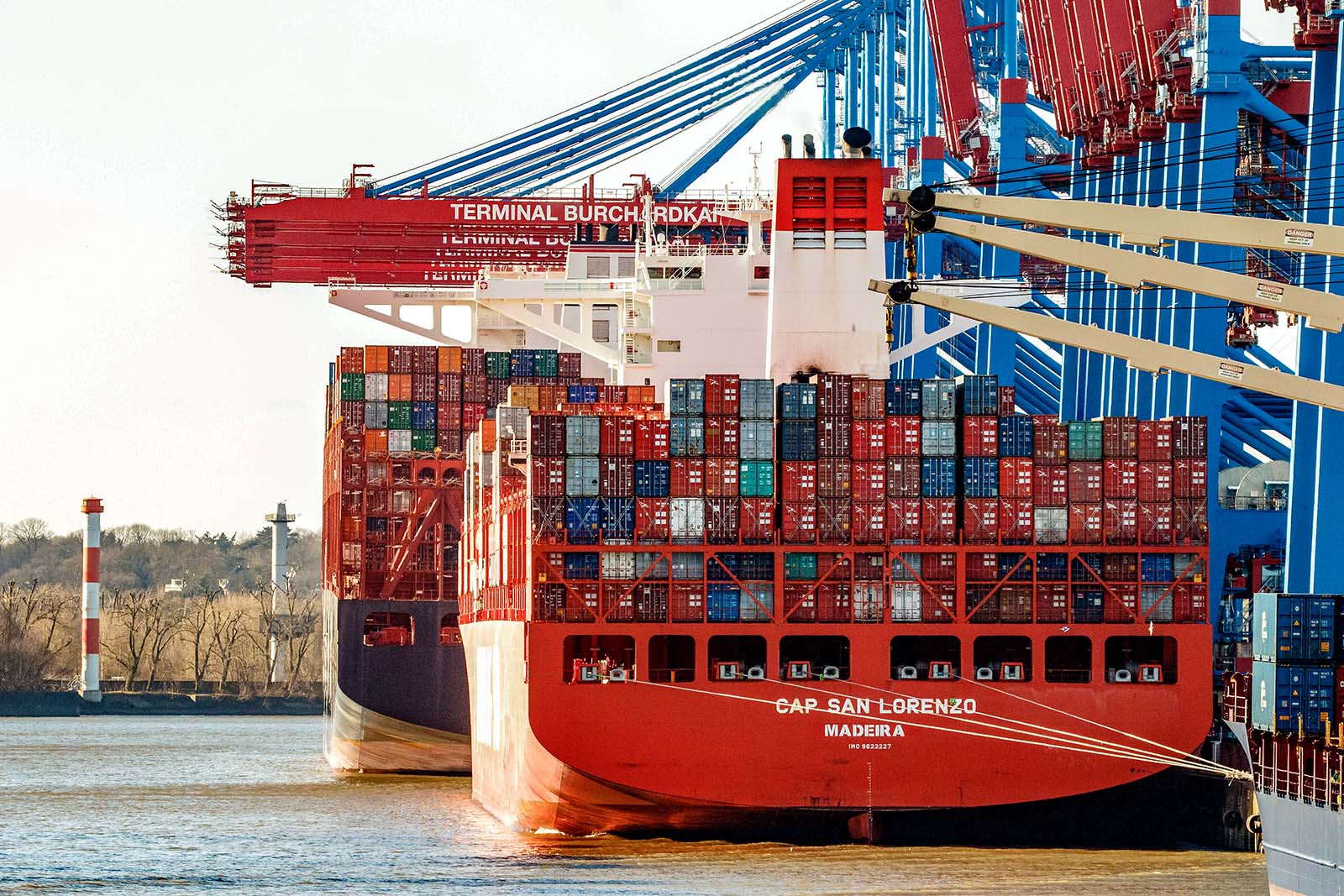 Containers stand stacked on a container ship at Hamburg port, Germany's biggest international trade port. One threat facing the global economy is the potential for trade wars to devastate the smaller businesses that make up the larger business supply chain.

Trade finance has played an important role in supporting economic growth and global prosperity for more than a century. However, the resurgence of protectionist policies by populist governments threatens to disrupt global growth and hamper trade finance, a foundation of the global supply chain.

Credit insurance, one important tool in the trade finance arsenal, was introduced by Lloyds underwriters in the late 19th century to encourage growth in trade. The product took off following World War I as countries were rebuilding their economies and encouraging growth in exports. In its simplest form, credit insurance protects a product’s seller or supplier from default or nonpayment by the buyer for short-term transactions, usually over a period of 90 to 180 days. The seller buys insurance to protect against both the potential for bad debt to negatively impact trade receivables on the balance sheet and its cash flow.

For the global economy, the real threat comes from the potential for trade wars to cause widespread bankruptcies and defaults among the smaller businesses that make up the larger business supply chain. Currently, tariffs are made on imports not exports—a large business would need a very high threshold to cause a direct bankruptcy or default. However, the risk of concentration or dependency on too few suppliers or distributors—particularly small, less diversified businesses—is a threat over time for big business and for the regional and global economies that they sustain.

The threat from protectionism is rising as the election of populist leaders running on platforms of economic nationalism spreads globally. Many voters are polarized from traditional parties and the elites that have long held power. They are increasingly rejecting foreign goods, services, and migrants.

The impact of populist movements on trade finance depends on variables such as industry sector, geographic markets, and business supply and distribution channels. All trade credit insurers are closely watching the impacted industry sectors and markets.

For 2018, Euler Hermes, a large global credit insurer, is expecting the level of global insolvencies to stabilize or slightly improve in North America and most developed countries. However, insolvencies are expected to remain above their 2007 pre-crisis levels in nearly 50 percent of countries in Europe, and insolvencies in Britain are expected to increase significantly due to the uncertainty surrounding how Brexit will play out.

According to Stuart James, head of the Global Clients Group in Marsh’s Trade Credit Practice: “Some trade credit insurers are actively reviewing their exposures because of the tariffs. For example, there has been evidence that a limited number of insurers rebalanced their aggregate exposure in China due to fear of a trade war, but most are supporting our clients’ coverage as they closely monitor the potential impact.”

Many populist governments are likely to remain in power—extending the disruption trade finance has faced over the past few years.

Trade credit capacity is already quite limited for construction contractors across Europe and elsewhere, in keeping with this industry’s long history of high insolvency rates. In 2017 Euler Hermes also reported an increase in major insolvencies, with the biggest increase in Western European sectors of construction and agrifood. Insurance capacity may be limited in these sectors, making it more difficult or potentially more expensive for firms to find financing for transactions.

“Since the start of the year, sanctions have been escalating, targeting specifically the metals sector and many ‘Made in China 2025’ technology products,” said Fredrik Mürer, president and CEO of Coface North America, another leading credit insurer. “In light of this shift, Coface has downgraded several sectors to the ‘high risk’ category. The targeting of certain sectors in Canada has resulted in the downgrade of the Canadian metals sector to ‘very high risk’; 87 percent of its steel exports go to the U.S.

“The U.S. metals sector is developing favorably, leading Coface to upgrade its assessment to ‘medium risk.’ At this stage, the overall impact of tariffs on the world economy appears modest. Secondary effects are far more worrying—business confidence among European and Asian companies is declining.”

Going forward, insurers will look at the impact tariffs have on a debtor’s supply chain, but it will be only one of many factors they assess when considering credit approval. Overall industry pricing will not be immediately adversely impacted, mainly because trade credit rates generally remain competitive with new insurers and sources of alternative capital entering the market.

Pricing is unlikely to be materially increased unless or until bilateral tariffs result in a broader trade war that affects the U.S. economy and global GDP growth. Weaker growth could cause wider trade credit insurance claims (higher insolvency rates), which could then cause more widespread credit limit reductions and pricing increases. Companies in the most affected industries and markets will have to pay more to insure their transactions, risk carrying higher debt levels on their balance sheets, or look at alternative financing methodologies.

In terms of coverage for tariffs for existing policyholders, those with comprehensive nonpayment insurance generally should be covered as the cover is not typically concerned with the cause of the nonpayment. It is the nonpayment itself that triggers the policy, so losses resulting from insolvency of a supplier (or counterparty) as a consequence of these tariffs or resulting price rises should, in principle, be covered. Businesses should check their existing trade credit policies to see if default triggered by government action is covered and what the detailed language says on exclusions and triggers for coverage.

The impact of trade wars on business supply chains is difficult to measure. Many companies are monitoring the situation and taking a wait-and-see approach, while others are proactively de-risking their supply chain by identifying alternative suppliers and distribution markets or, like Harley Davidson has done recently, taking a more radical approach by moving production offshore to avoid tariffs. With many populist governments likely to remain in power at least for the next few years, the disruption to trade finance has the potential to continue.

Global Sales Leader for the Credit Specialties Practice at Marsh

Megan Marshall is the global sales leader for the Credit Specialties Practice, responsible for driving sales strategy and growth across the Surety, Political Risk/Structured Credit and Trade Credit business lines. In 14 years at Marsh, she has held a number of leadership positions in Sales Management and Client Development, executing programs designed to achieve organic revenue growth, cost efficiency, and change-management goals. Prior to joining Marsh, Megan served as the Chief of Staff to the US Mission to the EU in Brussels, Belgium where she worked primarily on trade and financial industry issues.

Chris Miller Associate Professor at the Fletcher School at Tufts University
URL: https://www.brinknews.com/navigating-trade-finance-in-a-trade-war-era/
Get ahead in a rapidly changing world. Sign up for our daily newsletter. Subscribe
​​