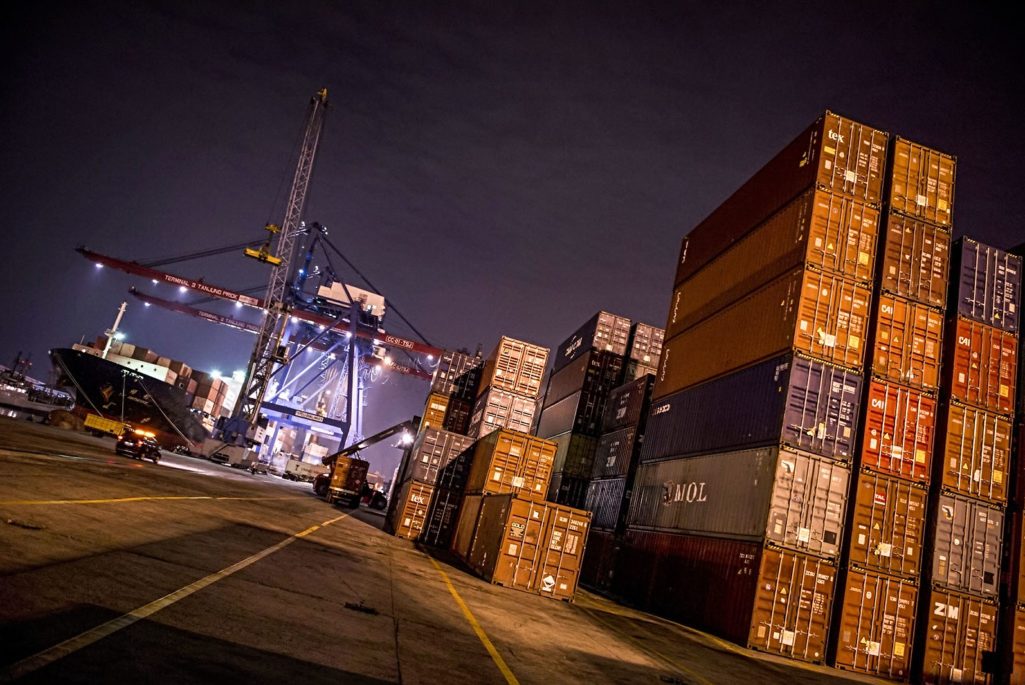 In this photograph taken on October 22, 2014, a cargo ship is loaded with containers for export at the Jakarta port. Growth capital needs to be addressed in the debate around the trade finance gap in order to give small and mid-sized companies a better footing when establishing an export presence.

As governments around the world look to small and mid-size enterprises (SMEs) as engines of growth, trade and job creation, a thorny challenge stands in the way: hundreds of billions of dollars of pent-up demand for trade finance.

This financing can be used as export working capital that enables a company to purchase labor and inputs to fulfill a specific export order. Or it can be used as supply chain financing that helps the company get paid faster for its export shipment than its foreign buyer wants to pay, and thus get cash flow needed to process the next order.

While critical for SME trade, such transactional financing is not enough to fuel globalizing SMEs. Debates on the trade finance gap—and on export promotion and trade and development—need to focus on the growth capital gap. Growth capital is equity and longer-term debt financing that is not aimed at any one trade transaction, but rather at expanding a company’s production and sales capabilities.

International trade has been sluggish since the‎ global economic slowdown hit in 2008. World trade grew an average of 3 percent between 2010 and 2015, after 6 percent annual growth between 1983 and 2008. Demand for trade finance is growing fast. According to the International Chamber of Commerce, 63 percent of banks around the world said trade finance activity is growing, 61 percent increased their capacities to meet customer demand for trade finance and 72 percent experienced an increase in trade finance fee income. Requests most frequently came from SMEs, which are both more numerous and cash-strapped than large companies; however, banks rejected about half of all SME requests, as opposed to 21 percent for large corporations.

These findings are indicative of a global trade finance gap, now estimated at $1.4 trillion, $693 billion of which is in developing Asia, including India and China. The gap exists also in advanced economies: In surveys in the U.S., Europe and the OECD region, SMEs unfailingly see a lack of finance as the top obstacle for them to trade across borders.

Yet discussions on trade finance are incomplete. Growth capital is emerging as a key determinant of companies’ international competitiveness.

One key reason is the “shrinking” of the exporter: The cloud, e-commerce and 3D printing, among other technologies, are enabling even the smallest businesses to reach international customers and scale across markets. In fact, tech companies are often “born global,” international at startup. EBay’s data shows that many of the companies selling and exporting on eBay are microenterprises: one-person businesses that, once on eBay, become micro-multinationals by virtue of being discovered by global online shoppers.

This means that today’s typical globalizing company is smaller and younger than ever before. Digital businesses are less likely to have collateral assets and thus hard-pressed to qualify for a bank loan, especially as regulatory pressures are forcing banks to focus on large- and middle-market companies. These companies may access non-bank financing, for example, working capital loans from online lenders such as PayPal’s new working capital product to purchase the labor and supplies they need to fulfill any one domestic or export order.

However, if the company observes strong demand for its products or services and wants to seize it—either speed up the generation of new international sales (such as by expanding its sales team) or add capacity to meet a surge in international demand quickly (such as by hiring more operations people or buying new equipment)—it needs more financial firepower. This typically means it needs access to growth capital.

True, governments and celebrators of Silicon Valley have long recognized the need for growth capital—whether venture capital, private equity or long-term debt—for fueling small businesses. The European Union, for example, is seeing to incentivize venture capital in “scale-ups,” companies beyond the riskier startup phase. However, few in the policy world have made the connection between the growth capital and competitiveness in international trade.

Among better examples, the Asian Development Bank has recently found that Asian SMEs sorely lack growth capital to fuel their growth and global competitiveness. Canada’s Export Development Canada has offered an Equity Program that targets born global companies and later-stage SMEs intent on growing through exports. U.S. Small Business Administration has quietly grown its international trade loan program that helps SMEs tap up to $5 million for export-related production expansions; however, the loan still needs to be made by a bank.

Targeting globalizing companies makes great sense for investors. They are time and again shown to be an asset class that outperforms the broader market by key metrics: productivity, revenue growth, skill-levels, wages and financial stability. This is because it is the best companies that become exporters to begin with, and they become better by scaling through trade. Globalizing companies are, in short, a proxy for high performance—i.e., strong return on investment.

Investors can bolster globalizing companies’ outperformance, both through capital and advice. For example, in Peru, companies that received VC funding reported that their investors also helped professionalize the business, access key networks and gain savvy strategic and operational support. In other words, the combination of capital and seasoned advice can turbocharge an already outperforming company.

Matching investors to globalizing companies is a win-win-win for companies, investors and governments looking for export-led growth. It also obviates a paradox: Namely that companies that lack access to the types of useful skills investors offer are less likely to seek private equity or venture capital in the first place.

Yet such matches do not happen automatically: VC funding is accessible to a small fraction of companies that raise capital. Companies fare better with angels: In the first half of 2015, 20 percent of those seeking angel investments were successful, about the same level as in the previous three years.

This is where public policy could make a difference. Without subsidizing exporters outright and violating the subsidy rules of the World Trade Organization—or engaging in the typically misguided practice of “picking winners”—governments and multilateral development banks can work growth capital into trade finance debates in a number of ways: by measuring globalizing companies’ access to growth capital, analyzing the impact of growth capital on international trade, helping lower investors’ per-deal search and transactions costs for promising globalizing companies and possibly provide co-financing or risk mitigation instruments to incentivize investments in these companies. U.S. SBA’s small business investment company program, which offers low-cost debt to fund managers to invest in small businesses, could incentivize funds to target globalizing companies.

For the many companies that now go global early in their life cycles, access to larger capital injections from non-bank sources lends a competitive edge. Left unserved, these companies are forced to leave money on the table in the form of foregone export sales.

Policymakers and development practitioners concerned with export promotion need to pay as much attention to growth capital for globalizing companies—call it “equity for exporters”—as on transactional trade finance.

Niharika Mandhana Bureau Chief for Southeast Asia for The Wall Street Journal
URL: https://www.brinknews.com/growth-capital-gap-vital-to-debate-on-trade-finance-gap/
Get ahead in a rapidly changing world. Sign up for our daily newsletter. Subscribe
​​