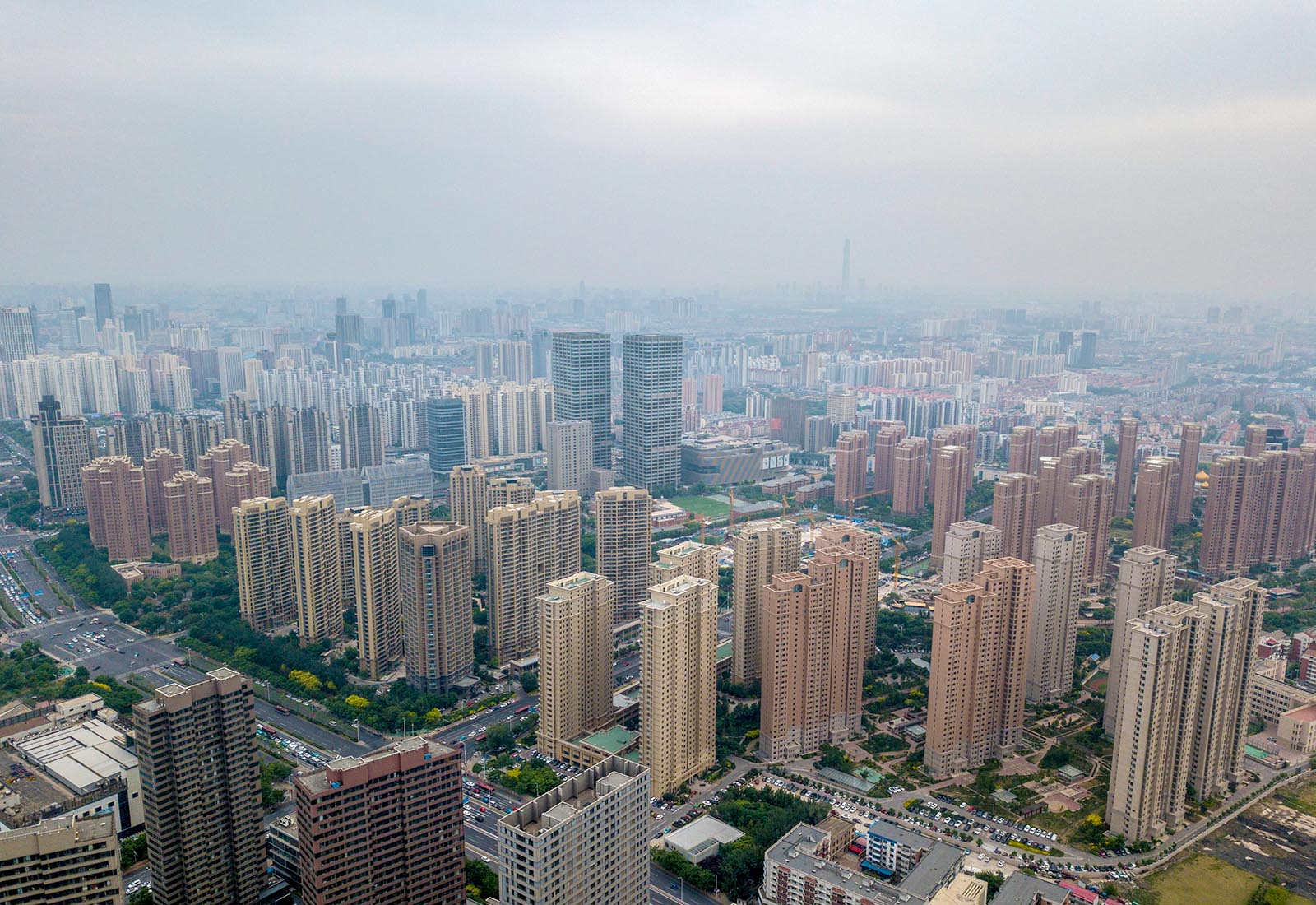 An aerial view of residential buildings in Tianjin, China. The country saw GDP expand by 6.8 percent in the first half of 2018, a strong performance that can be attributed to robust private consumption and investments in real estate and manufacturing.

Asia’s developing economies are on track to register growth of 6 percent for 2018 and 5.9 percent for 2019. However, increasing instances of protectionist trade measures from the U.S. and subsequent measures from China have resulted in downside risks to the region’s outlook and could dampen future growth, according to the Asian Development Bank.

According to the bank’s Asian Development Outlook (ADO) supplement, growth in the region’s developing economies will be in line with earlier projections. The first five months of 2018 witnessed the dollar value of trade in the region’s 12 largest economies growing at almost twice the pace as compared to a year earlier, with imports and exports registering strong 26 and 12.6 percent increases, respectively.

“Although rising trade tensions remain a concern for the region, protectionist trade measures implemented so far in 2018 have not significantly dented buoyant trade flows to and from developing Asia,” said Yasuyuki Sawada, ADB’s chief economist, in a statement. He added that “prudent macroeconomic and fiscal policymaking will help economies across the region prepare to respond to external shocks, ensuring that growth in the region remains robust.”

The region’s largest economy, China, saw GDP expand by 6.8 percent in the first half of 2018. This strong performance can be attributed to robust private consumption and investments in real estate and manufacturing. “Nominal growth in retail sales was solid, bolstered by buoyant consumer confidence, higher disposable income, and a tight labor market,” the report says. Separately, a recovery in global demand ensured strong exports from China. And in addition, steady domestic demand resulted in imports outpacing exports—thereby reducing the external sector’s contribution to growth.

India Rebounds from an Earlier Slowdown

India registered 7.7 percent GDP growth in the quarter ending March 2018, its highest rate of growth since the second quarter of 2016. Consequently, its full-year growth came in at 6.7 percent—slightly higher than was estimated in the Asian Development Outlook 2018.

This was accompanied by an increase in public consumption, which is typically the scenario before impending elections. A recovery in exports was instrumental as well, especially after a working capital shortage was ushered in by the implementation of the goods and services tax (GST). In FY2018 (April 2018 to March 2019), India’s economy is expected to grow at 7.3 percent, and in the subsequent year, it is expected to grow at 7.6 percent on account of banking system policies that are expected to strengthen private investment and the accruing benefits from implementation of the GST, which are only starting to be seen now. However, there can be downside risks to Indian growth if oil prices increase further, according to the ADB.

Increased levels of public investment boosted first quarter growth in Indonesia, the Philippines, and Thailand, while private investment was strong in Vietnam. Export-led growth was considerable and further enhanced the economic performance of Singapore, Thailand, and Vietnam. Export growth in Malaysia, however, was moderate. In the first quarter of 2018, Indonesia’s GDP grew at 5.1 percent owing to stronger investments and steady private consumption. Investment growth expanded to 8 percent in this period from 4.8 percent a year ago. This improvement was supported by higher allocations for public infrastructure and solid growth in machinery and equipment.

Malaysia’s GDP in the first quarter of 2018 softened to 5.4 percent from 5.6 percent a year earlier. A stable labor market and higher wages boosted private consumption, while decreased government spending eased public consumption. In Thailand, on the other hand, economic growth picked up owing to increased consumption, investment and exports.

Singapore saw economic growth of 4.3 percent in the first quarter of the year on the back of sustained manufacturing growth and growth in financial and insurance services. However, its construction sector witnessed a decline of 5.2 percent, primarily due to weak performance in private construction.

The forecast for economic growth across developing Asia over the next two years is positive. However, the escalation of trade protectionism measures in the world’s key economies poses a significant risk going forward. While all tariffs and protectionism measures imposed by July 15 have been taken into consideration in this most recent outlook and do not appear to have impacted growth prospects significantly yet, “the risk of further ratcheting up of protectionist measures could undermine consumer and business confidence and thus developing Asia’s growth prospects,” notes the report.

Graham Pearce Partner, Global Defined Benefit Segment Leader at Mercer
URL: https://www.brinknews.com/growth-forecasts-remain-positive-for-developing-asia/
Get ahead in a rapidly changing world. Sign up for our daily newsletter. Subscribe
​​