Having a Pension Could Increase Your Household Debt 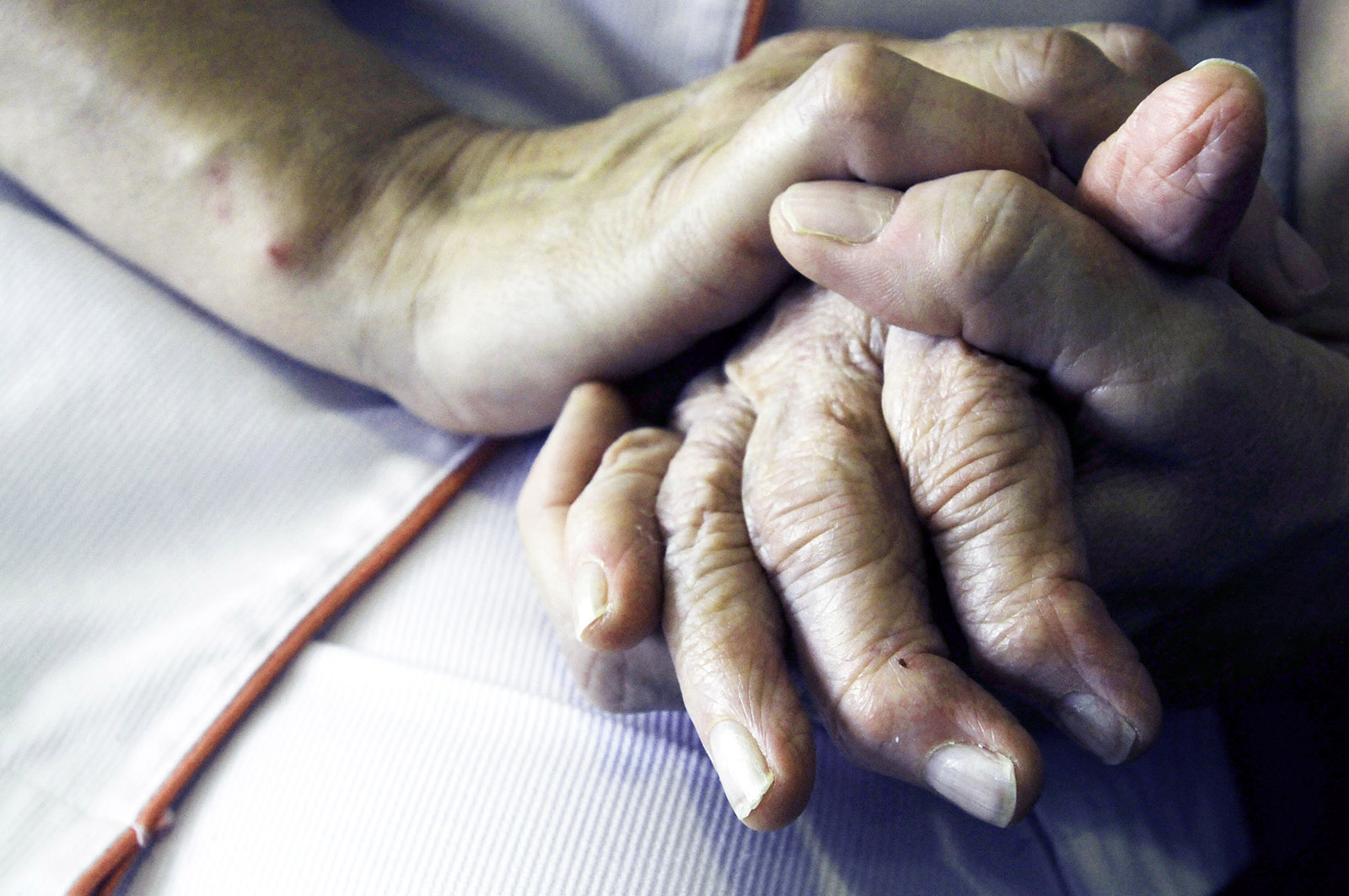 A nurse holds the hands of a person in a retirement home in eastern France. Organizations can better educate employees about retirement realities, encourage higher levels of saving and provide personalized tools to help project one's financial future.

Around the world, rising life expectancy has placed unprecedented pressure on public resources to support the health and welfare of older citizens.

According to data from the 2019 Melbourne Mercer Global Pension Index (MMGPI), the “wealth effect” — the tendency for individual spending to increase with rising wealth — is very much in play as pension assets increase and people, feeling wealthier, are likely to borrow more.

Pension assets set money aside for the future, but also enable people to borrow now and improve their immediate lifestyle. If a person knows that they will receive a retirement benefit in the future (either as a pension or lump sum), then it is reasonable for them (and their lenders) to allow for this fact in framing their household debt. This is how a retirement benefit impacts household debt, causing it to rise.

The latest evidence suggests that for every extra dollar a household has in pension assets, net household debt rises by nearly 50 cents.

The annual index, a research project between Mercer and the Monash Centre for Financial Studies in Melbourne, Australia, compares 37 national retirement systems, covering nearly two-thirds of the global population and is the first of its kind to document the wealth effect in relation to pension assets.

The MMGPI’s sustainability index, which shows whether or not a pension system is capable of delivering in the future, highlights potential weaknesses, even if a system has current levels of adequacy and integrity. The index’s weighted assessments provide a comparative snapshot of the world’s pension systems, measuring whether or not a system is likely to provide benefits well into the future.

For example, the sustainability of many South American and Asian systems earned an average overall grade of D in the A-F grading system. Chile achieved a strong 71.1 in the sustainability sub-index, while Brazil and Argentina scored only 27.7 and 31.9, respectively. In Asia, Singapore achieved a respectable 59.7 and Japan only 32.2.

This issue is not restricted to growth economies. Many mature European economies face similar pressures. There is a tension between sustainability and adequacy (i.e., what do pensioners receive from their system?). Most countries tend to be better at one than the other. Ireland scored highest for adequacy overall and Denmark did so for sustainability, while Austria, Italy and Spain all scored poorly on sustainability.

Healthy pension systems contribute positively to stable and prosperous economies in every nation.

Pension reform is very gradual and, hence, movement in the overall scores also tends to be slow, although there are exceptions. The Netherlands’s pension system is the most robust overall, with a total index value of 81. In fact, it has held first or second place for 10 of the past 11 MMGPI reports.

While some measures that contribute to the sustainability score are difficult to change, others can be influenced to strengthen the long-term effectiveness of a system. Recommendations include encouraging or requiring an increased level of savings for the future, gradually raising the state pension age and enabling or persuading people to work a little longer.

As professor Deep Kapur, director of the Monash Centre for Financial Studies, explains:

“Although some systems are still anchored by defined benefit schemes that may practice liability-driven investment strategies, defined contribution plans are playing increasingly important roles in the accumulation of individuals’ retirement savings.

“Maximizing risk-adjusted investment returns for defined contribution plans by diversifying the assets held by a pension fund is critical. It’s essential the state pension or retirement age is reconsidered in line with increasing longevity — a step some governments have already taken — to reduce the costs of publicly financed pension benefits.”

For individuals, the wealth effect can threaten a secure retirement. The MMGPI notes a strong correlation between the levels of pension assets and net household debt, with increasing household debt in developed and growth economies paralleling the growth in assets held by pension funds.

For global organizations and governments, as well as for individuals trying to plan for a secure future, the complexities and uncertainties of retirement plans and pension systems are almost unavoidable. But organizations can help by better educating employees about retirement realities, encouraging higher levels of saving and providing personalized tools to help project for the future. Online portals and clear, targeted communication efforts can also make a significant difference in offsetting the dangers of the wealth effect and inadequate savings.

These reforms and strategies have been evident for some time and can still be implemented to improve the long-term outcomes for retirement-income systems.

Organizations and governments need to increase the coverage of employees and self-employed workers in the private pension system, recognizing that many individuals will not save for the future without a mandatory system or automatic enrollment. It’s also important to reduce the leakage of borrowed or cashed-out funds from the retirement savings system prior to retirement, ensuring that the funds saved (often tax-advantaged) are maximized for retirement.

As the MMGPI has made clear after more than a decade of annual reporting, healthy pension systems contribute positively to stable and prosperous economies in every nation. In many economies, they face long-term challenges, but by implementing best practices and taking the necessary steps for a world population that is living longer, today’s organizations and governments can help people better face all of their tomorrows.

D. Brian Blank Assistant Professor of Finance at Mississippi State University Rodney Ramcharan Professor of Finance and Business Economics at the University of Southern California
URL: https://www.brinknews.com/having-a-pension-could-increase-your-household-debt/
Get ahead in a rapidly changing world. Sign up for our daily newsletter. Subscribe
​​