How Blockchain Can Shake Up Asia’s Remittances Market 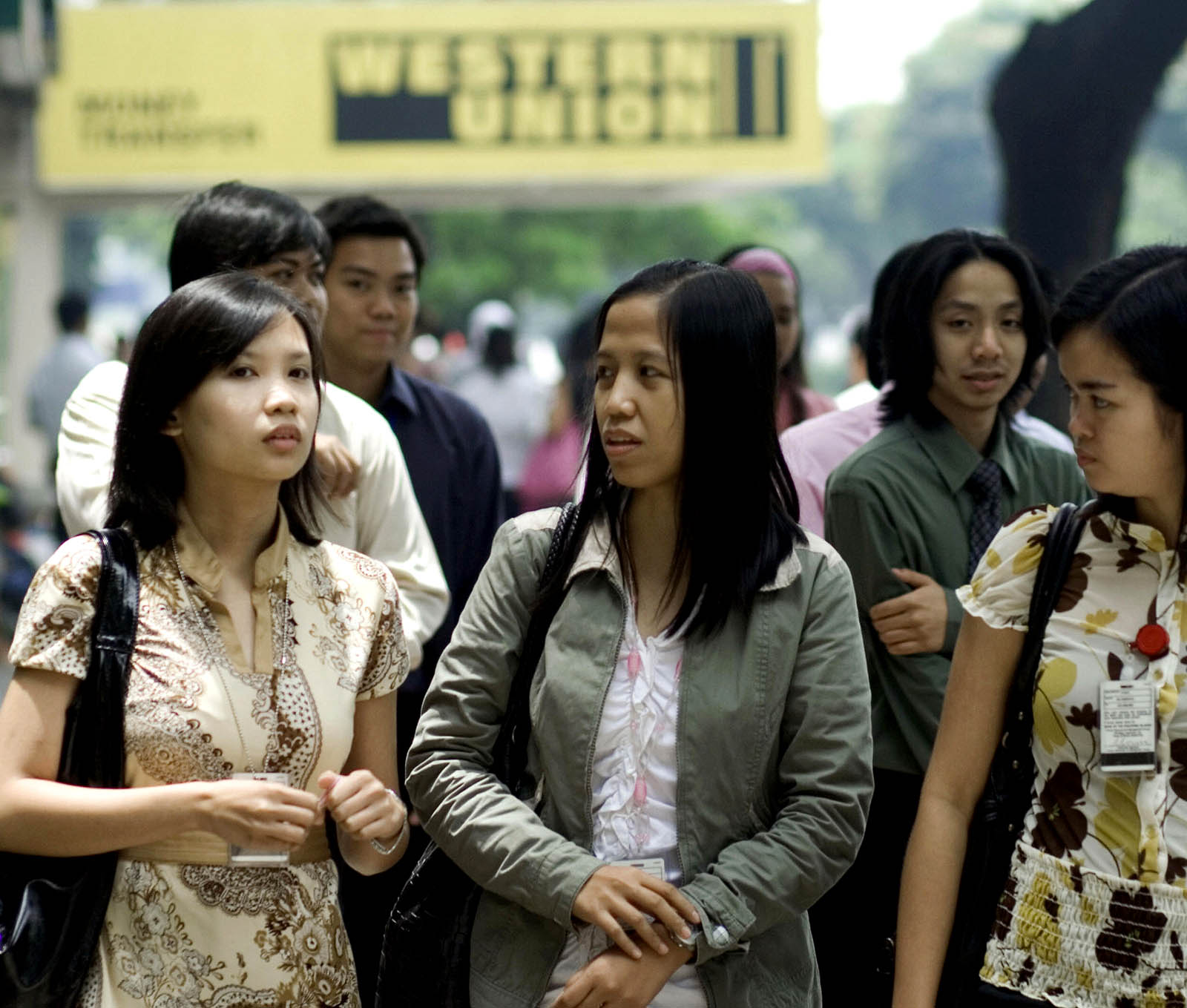 Office employees walk past a logo of remittance bank Western Union at the financial district of Manila. Remittances are pivotal in Asia's economies.

Globalization is now. International commerce has never been more dynamic, exciting and fast-growing. The world’s consumers are slowly and surely moving to the virtual market, and more online and virtual companies are opening than brick-and-mortar stores.

In this context, Asia is witnessing a transformation in the manner in which funds are transferred from one country to another, led by technological innovation. Blockchain is fast-emerging as the key to a safe, fast, and cost-efficient money transfer channel that can support the needs of the Asian remittances industry.

Why Are Remittances Important in Asia?

Remittances are a pivotal pillar for many in Asia’s economies. For many of the region’s developing countries, including Pakistan, Philippines, Bangladesh and India, labor exports are a top source of foreign earnings. In a struggling economy, many in Asia’s workforce opt for the more lucrative opportunities abroad, seeking employment in more developed countries and sending part of their earnings back home to their families. Remittances from foreign workers made up a big chunk of many Asian nations’ GDPs.

Asia is also fast becoming the world’s top tourist destination. Thailand, Cambodia and China, for example, enjoy robust tourism, where visitors from all over the world contribute significantly to the economy. National earnings derived from the travel, accommodation and entertainment industries sustain local communities. Thus, the availability of a convenient and affordable payments system that can accommodate low-value and high-volume transactions is important.

Blockchain is fast-emerging as the key to a safe, fast, and cost-efficient money transfer channel that can support the needs of the Asian remittances industry.

Commercial globalization also led to the need for more dynamic, inclusive, safer and faster international remittance services. Today, the most common means of international money transfers include the following:

Bank to bank transfers are the most established and oldest way of transmitting money. It is also the slowest and the most expensive option. Sending money and clearing processes can take 3-5 days to complete and cost an average of $40 per transaction in bank charges and fees.

SWIFT (international wires). SWIFT is an encrypted wiring system that transfers money from your bank to any bank in the world. To use SWIFT, you need to have a foreign currency account of the currency you’re using. So, if you’re in Hong Kong and you need to send money to the U.S. through SWIFT, you first need to open a U.S. dollar account. Wire transfer costs are also doubled as they are applied to both the sender and the receiver. Final transfer amounts are impossible to set as currency conversion fees are also applied to SWIFT transfers.

Foreign exchange broker. The transfer of money overseas through an F/X broker is cheaper and fast. FOREX or foreign exchange is the market for money. It is where you buy and/or sell currencies. When you send money to another country, you are, in essence, buying their currency. However, the fluctuating values of currencies, the hassle of opening an account (which can take at least two days to process), and unsecured F/X firms contribute to the disadvantages of using this mode of international money transfer.

PayPal is a popular online payment system most preferred for its instant transmission and convenience. PayPal can process almost any remittance transaction—whether one is paying personal purchases, buying supplies and materials, merchandise, or sending salaries to freelancers. To transfer money online, both the sender and the receiver must have an account. PayPal charges 2.9 percent + $0.30 per transaction.

MoneyGram Transfers. MoneyGram is a brick and mortar financial business offering money transmittal to anywhere in the world. This is not the most efficient or convenient way, as both the sender and the receiver physically need to visit a MoneyGram outlet to send and receive the money. MoneyGram charges senders $11.50 for transactions less than $900 and 2 percent for higher amounts.

Western Union is another popular option to send money internationally. It offers both in-person and online processing of money transfers. Slightly more expensive than MoneyGram rates, Western Union fees vary according to the method for sending or receiving the money and paying for the transaction. Cash payouts are instantly transmitted but have higher charges, while direct transfers to bank accounts take up to two business days to process but have a lower fee. Western Union also generates income from the currency exchange.

While these money transfer methods and options serve their purpose, we believe they fall short in efficiently and safely addressing today’s international remittance needs. International businesses need a more sophisticated way of sending money abroad that is convenient, efficient, safe, and one that will not adversely impact their bottom lines.

According to the IMF, real gross domestic product growth in Asia has been stronger than that seen in other parts of the world so far in 2017. As of October 2017, real GDP growth was highest in South Asia at 6.6 percent, East Asia at 5.4 percent, and Southeast Asia at 5.1 percent, compared to growth of 1.9 percent in the Western hemisphere.

Stronger growth in Asia in 2017 is but a continuation of a similar trend that has been witnessed for at least a decade. This rapid economic growth in Asia calls for a scalable, faster, and inclusive money transfer and remittance option to keep the region’s economic wheels moving.

In 2008, Satoshi Nakamoto invented a decentralized virtual recording system that involves a network of users. The distributed ledger logs, certifies, and stores transactions. Every transaction or “block” entered by a user is recorded in ordered accounts. These blocks are locked and made non-modifiable. One key feature of the blockchain is its security or fraud-proof design. Locked blocks are just one of its security measures to ensure that there is no fraudulent activity in altering data retroactively. One can only create a new transaction that can be linked to the original transaction.

All transactions are done online; and there’s no need to fall in line, wait, or commute to the bank. Transfers go directly to the recipient’s bank account, and email notifications are sent to track the money. The system is designed to bypass and eliminate charges and fees levied by financial establishments such as banks or trading houses, thus lowering the fees and speeding up the process. And because of blockchain’s fraud-proof design, the security of transfers is guaranteed.

This is the first of two parts of this article. The second, focused on how blockchain provides the advantages it does, will be published in January.

Ashlin Perumall Partner at Baker McKenzie, Johannesburg
URL: https://www.brinknews.com/how-blockchain-can-shake-up-asias-remittances-market/
Get ahead in a rapidly changing world. Sign up for our daily newsletter. Subscribe
​​