How Can We Ensure that AI Systems Have a Positive Impact on Humanity? 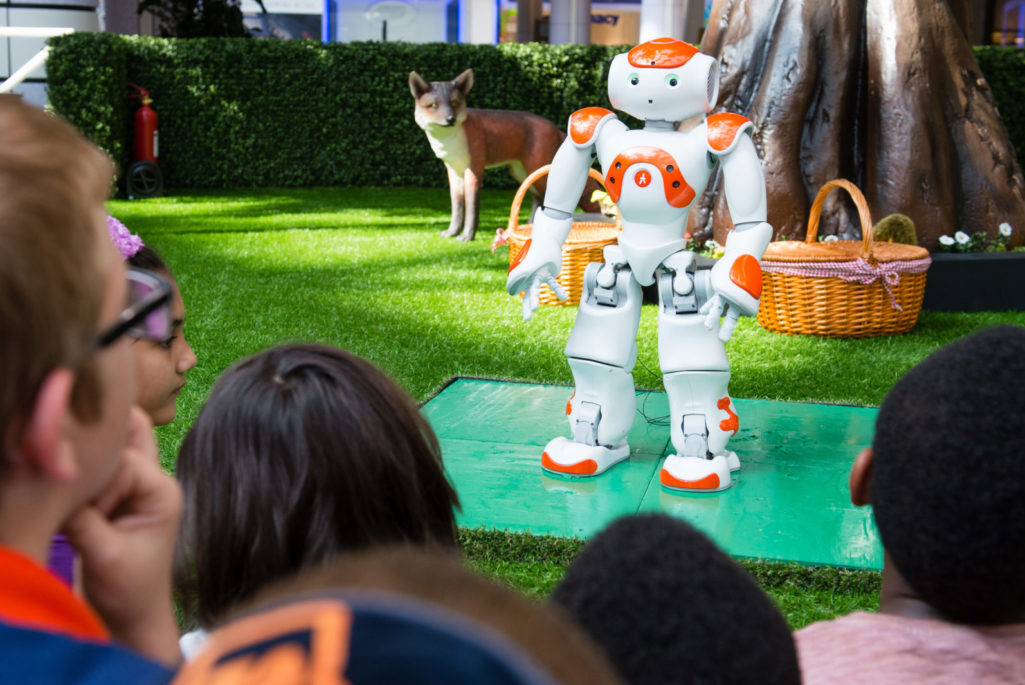 Alexander the friendly robot visits the Indoor Park to interact with children by telling classic fairy tales, singing and dancing at Westfield London on August 10, 2016 in London, England.

A few weeks ago Vanity Fair published an article about Elon Musk’s expensive attempt to push back on artificial intelligence (AI).

“Elon Musk is famous for his futuristic gambles, but Silicon Valley’s latest rush to embrace artificial intelligence scares him,” writes Maureen Dowd, the article’s author. “And he thinks you should be frightened too.”

Entrepreneur and inventor Elon Musk is one of a number of world-renowned technologists and scientists—including scientist Stephen Hawking, technologist Ray Kurzweil and Microsoft co-founder Bill Gates—who have expressed serious concerns that AI might pose an existential threat to humanity.

But the vast majority of AI experts do not share these fears. A few months ago, Stanford University’s One Hundred Year Study on Artificial Intelligence project published a report by a panel of experts assessing the current state of AI. Their overriding finding was that:

“Contrary to the more fantastic predictions for AI in the popular press, the Study Panel found no cause for concern that AI is an imminent threat to humankind. No machines with self-sustaining long-term goals and intent have been developed, nor are they likely to be developed in the near future. Instead, increasingly useful applications of AI, with potentially profound positive impacts on our society and economy are likely to emerge between now and 2030. … At the same time, many of these developments will spur disruptions in how human labor is augmented or replaced by AI, creating new challenges for the economy and society more broadly.”

But just because experts conclude that AI does not pose an imminent threat to humanity, it doesn’t mean that such a powerful technology isn’t accompanied by serious challenges that require our attention.

Earlier this year, the World Economic Forum asked survey respondents to assess both the positive benefits and negatives risks of twelve emerging technologies. AI and robotics received the highest risk scores, as well as some of the highest benefits scores. The WEF noted that unlike biotechnology, which also got high benefits and risks scores, AI is only lightly regulated, despite “the potential risks associated with letting greater decision-making powers move from humans to AI programmes, as well as the debate about whether and how to prepare for the possible development of machines with greater general intelligence than humans.”

A concrete case in point is predictive policing, the use of data and AI algorithms to automatically predict where crimes are likely to take place and who is likely to commit them. As explained in a recent article in Nature:

“tight policing budgets are increasing demand for law-enforcement technologies. Police agencies hope to ‘do more with less’ by outsourcing their evaluations of crime data to analytics and technology companies that produce ‘predictive policing’ systems. These [systems] use algorithms to forecast where crimes are likely to occur and who might commit them, and to make recommendations for allocating police resources. Despite wide adoption, predictive policing is still in its infancy, open to bias and hard to evaluate.”

The Nature piece notes that the law enforcement field is “excited about the possibilities for experimentation using predictive analytics,” citing improved surveillance technologies that could “test and improve police tactics or reduce officer abuses.” However, the piece also notes that members of civil society groups condemn such uses. “Offender-based predictions exacerbate racial biases in the criminal justice system and undermine the principle of presumed innocence,” the article says.

Transparency is a major step in the right direction. We should understand the reasons for the actions of AI systems.

Last August, the ACLU and several other organizations issued a Statement of Concern about the increased use of predictive policing tools:

“pointing to the technology’s racial biases, lack of transparency, and other deep flaws that lead to injustice, particularly for people of color. … The natural tendency to rush to adopt new technologies should be resisted until a true understanding is reached as to their short and long term effects. Vendors must provide transparency, and the police and other users of these systems must fully and publicly inform public officials, civil society, community stakeholders, and the broader public on each of these points. Vendors must be subject to in-depth, independent, and ongoing scrutiny of their techniques, goals, and performance.”

The Nature article also calls for caution in the use of predictive policing. If properly deployed, the use of data and AI software could help improve policing and public safety. But, “sophisticated predictive systems will not deliver police reform without regulatory and institutional changes. Checks and balances are needed to mitigate police discretionary power. We should be wary of relying on commercial products that can have unanticipated and adverse effects on civil rights and social justice.”

The Need for Transparency and Risks Associated with AI

Transparency is a major step in the right direction. One way or another, we should be able to understand the reasons for the recommendations and actions of AI systems. Several weeks ago, an article in Quartz described the approach taken by CivicScape, a predictive-policing startup that has made its code and data open-source by publishing them in Github, as well as a variety of documents detailing how its algorithms interpret police data to foresee crimes.

One of the best discussions of the challenges of bleeding-edge AI systems is a 2015 article on the Benefits and Risks of Artificial Intelligence by Tom Dietterich and Eric Horvitz, former presidents of the Association for the Advancement of AI. They listed three major risks that we must pay close attention to:

Complexity of AI software: “[T]he growing complexity of AI systems and their enlistment in high-stakes roles, such as controlling automobiles, surgical robots, and weapons systems, means that we must redouble our efforts in software quality.”

Cyberattacks: “AI algorithms are no different from other software in terms of their vulnerability to cyberattack. … Before we put AI algorithms in control of high-stakes decisions, we must be much more confident that these systems can survive large scale cyberattacks.”

The Sorcerer’s Apprentice: We must ensure that our AI systems do what we want them to do. “In addition to relying on internal mechanisms to ensure proper behavior, AI systems need to have the capability—and responsibility—of working with people to obtain feedback and guidance. They must know when to stop and ‘ask for directions’—and always be open for feedback.”

A number of initiatives have been recently organized to address these and other AI long-term challenges, including the aforementioned One Hundred Year Study of AI, the Future of Life Institute and the Partnership on AI. Hopefully, as has been the case with previously powerful technologies, such efforts will help ensure that our increasingly capable AI systems are robust and have a major beneficial impact on the economy, society and our lives.

Tom Friedman Author, Reporter and Columnist for The New York Times
URL: https://www.brinknews.com/how-can-we-ensure-that-ai-systems-have-a-positive-impact-on-humanity/
Get ahead in a rapidly changing world. Sign up for our daily newsletter. Subscribe
​​