How Does Protectionism Impact Global Supply Chains? We Asked an Expert.

November 15, 2018 An interview with
Gary Gereffi
Director of the Global Value Chains Center at Duke University 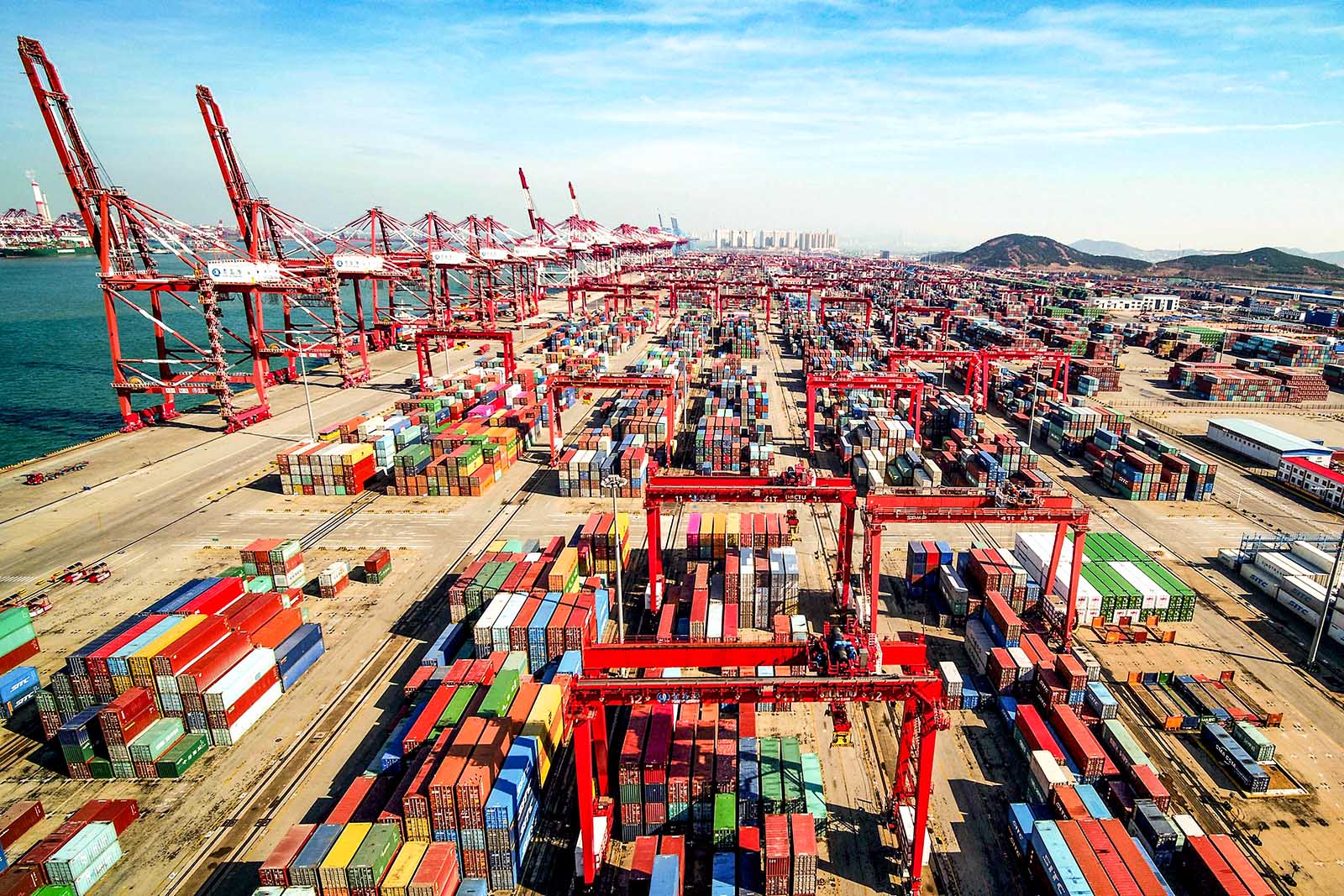 An aerial view of a port in China.

This is the first of a two-part conversation with Gary Gereffi, director of the Global Value Chains Center at Duke University, on the future of global supply chains. In this first piece, we look at the impact that protectionism has had on GVCs and how China is adapting its supply chains in real time as a result.

BRINK: How well are global value chains and global supply chains adapting to this world of protectionism?

Gary Gereffi: I think they’re pretty flexible in terms of being able to handle bouts of protectionism, and it’s something, actually, that has been part of the international system for quite some time. Global value chains and protectionism have coexisted for a good while, and if we go back to the 1980s, there were arrangements with Japan, Korea, and Taiwan around the auto trade and so-called voluntary export restraints and exchange rate controls.

Whenever countries that have been leading exporters have sustained major trade surpluses, the importing countries often find different ways of trying to restrict that advantage.

BRINK: What happens to a supply chain when a tariff is launched? Can you talk a bit about how the impact is felt up and down the chain?

Mr. Gereffi: It can affect a supply chain in several ways. Part of it depends on how high the tariff is. If the tariff is really high, it could stop imports altogether, but when tariffs are lower, then it could just divert a portion of the trade. A good example were the tariffs that were threatened vis-à-vis Mexico and the automobile supply chain. After all, NAFTA had been built on the free flow of goods between the U.S., Canada, and Mexico.

In the case of imports coming from Mexico, it turns out that 40 percent of Mexican imports are made up of U.S. content with diverse U.S. inputs. So the way the supply chain worked is: U.S. companies would be producing a variety of parts that could be sent to Mexico to be built into larger sub-assemblies or finished products, like automotive vehicles, and they then come back into the U.S.

If a tariff were to block the import of those Mexican goods, it would also restrict the market for the U.S. exports into Mexico that were part of that supply chain. So a critical issue when you’re looking at supply chains isn’t just to look at the import question—how many goods are being imported from a particular country into a market like the United States—but to ask the question: What is the foreign-made content that is linked to the imports coming from a particular country?

If that’s a high number, like 40 percent, then the concern is that a U.S. import tax on Mexico is actually hurting U.S. exporters. In Canada, the percentage of U.S. content in Canadian imports is around 25 percent, but if you look at U.S. imports from China, the U.S. content of those imports is only around 4 percent.

So the problem from a supply chain point of view is: All imports aren’t created equal.

BRINK: Is that because the nature of global supply chains has changed in recent years?

Mr. Gereffi: Yes, they’ve become much more complex in terms of figuring out where different parts of a supply chain are going to be located. Back in the 1960s and 1970s, what had happened was U.S. manufacturers that were located along the Mexican border would sell components to Mexico to be assembled in final products that would be re-exported to the U.S. at zero tariff.

That was a two-stage chain. All Mexico added in that case was the labor to assemble those inputs into a final product, and it would go back to the U.S. But since those early days, global supply chains have become multi-tiered. Many countries are now involved in the making of a final product, so one country could supply cotton, another could make textiles, a different country could import textiles to make the apparel, which then go to the consumer market.

Nowadays, supply chains vary from relatively simple ones, where you only have two or three stages, to complex ones, where you might have up to 10 or 12 stages in the process.

There are a couple of new wrinkles that are also important. One is that it’s not just a matter of assembling tangible goods along a supply chain. There is also a wide variety of services connected to these supply chains such as design, research and development, logistics, finance and marketing.

Once we began to calculate supply chains in terms of the combination of goods and services and how those are distributed around the world, then the term “value chain” comes in. The value chain is asking the question: What share of value is being apportioned at each stage of this complicated supply chain that includes both goods and services?

BRINK: You’ve just been in China. Have you seen any change in the way China is deploying its supply chains in the wake of these tariffs?

Mr. Gereffi: Definitely, and it’s actually part of a longer-term trend. China was the leading exporter for a great variety of manufactured goods coming into the United States and Europe since the 1990s. At the beginning, they mainly focused on making the final product, taking advantage of their low-cost labor. So China began its export model with relatively labor-intensive goods like apparel, footwear, toys, sporting goods, Christmas decorations, and many, many others; almost anything you could find on a Walmart shelf would come from China. Ten to 15 years ago, Walmart had over 60,000 overseas suppliers, and more than 80 percent of these were located in China.

Nowadays, China has moved up the technology ladder, and it focuses on more advanced manufacturing sectors and activities. The low-wage industries have either moved to the interior, less-developed provinces of China or they’ve been offshored to lower-wage countries like Bangladesh or Vietnam.

As I discuss in my book, Global Value Chains and Development, China has redefined its relationship with the West from a race to the bottom to a race to the top. The race to the bottom was the case where countries were trying to move their supply chains to places where wages were lowest. The race to the top is about countries moving production to places where skilled labor is in greatest supply and where they can find companies that can produce advanced-technology products using a more highly skilled workforce.

Every multinational company that has been in China for the last 15 years has had to set up a research and development facility in order to be a producer there. That kind of move shows that China wants to focus on the knowledge components of these supply chains and not just the labor-intensive segments.

Jonathan Munemo Professor of Economics at Salisbury University
URL: https://www.brinknews.com/how-does-protectionism-impact-global-supply-chains-we-asked-an-expert/
Get ahead in a rapidly changing world. Sign up for our daily newsletter. Subscribe
​​