October 15, 2019 An interview with
Gary Gereffi
Director of the Global Value Chains Center at Duke University 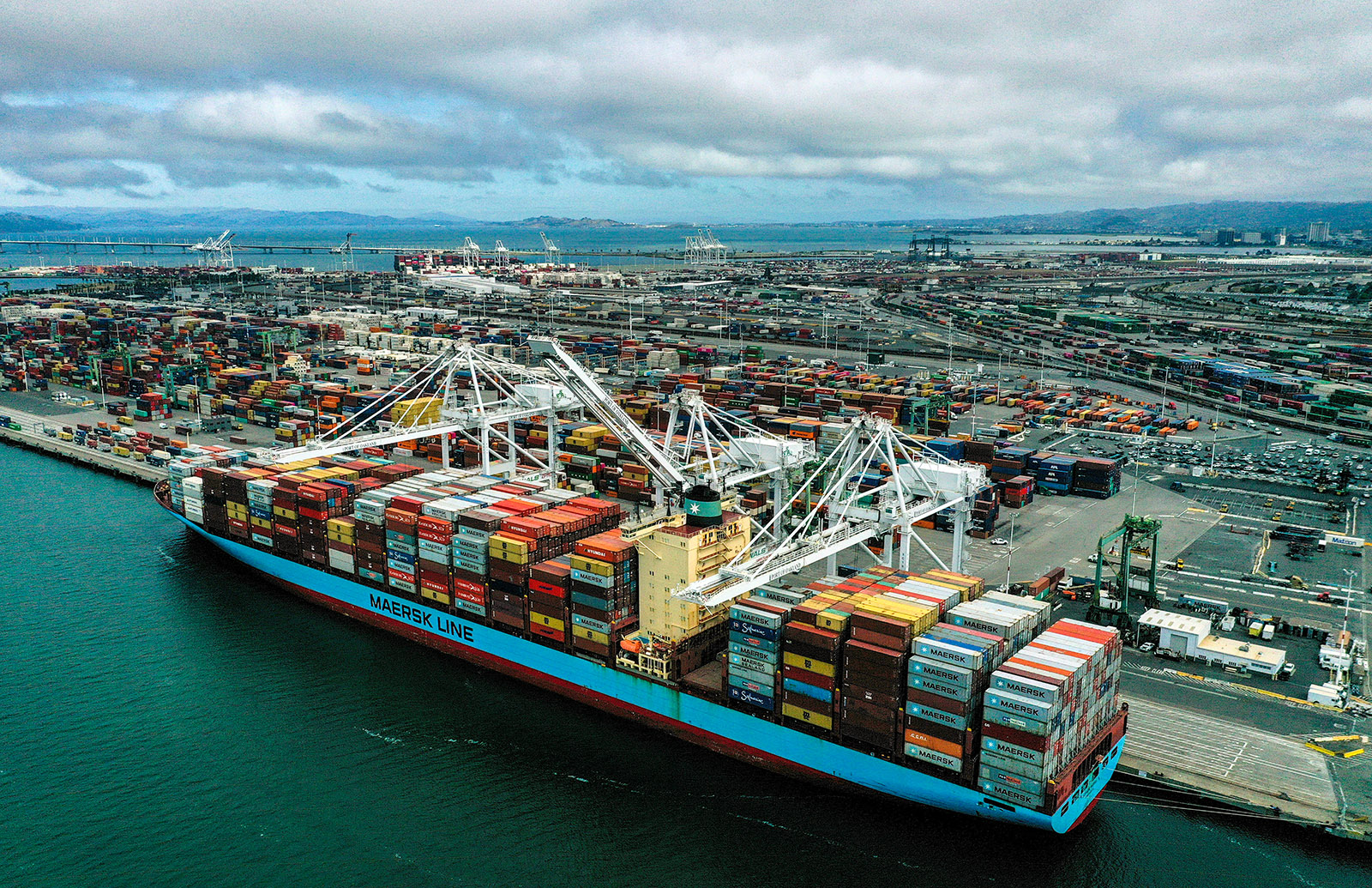 A container ship sits docked in California. The trade war between the U.S. and China seems locked in, with no type of agreement on the horizon.

In November 2018, BRINK spoke to Gary Gereffi, director of the Global Value Chains Center at Duke University, about what impact the U.S.-China trade dispute was having on global supply chains. We caught up with him recently to see how his view had changed over the last 10 months.

Gary Gereffi: Ten months ago, when we spoke, I expected that the trade wars were a tactical gamble by President Donald Trump to get at some of the deeper issues in the U.S.-China relationship.

But a larger discussion or agreement hasn’t been forthcoming, and the trade wars now seem to be locked into the multiple rounds that we’ve seen over recent months and will be affecting all of U.S.-China trade by the end of this year.

BRINK: How has the Chinese economy adapted to this?

Professor Gereffi: China has been identifying various ways to deal with a prolonged trade war with the U.S. I recently came back from China, where I talked to a range of companies, and several things are happening simultaneously.

One, exporting companies from China are accelerating their moves to other countries as sourcing bases in order to avoid the trade war restrictions. A favored country is Vietnam. But some other Southeast Asian and South Asian countries like Indonesia and Bangladesh are also sites where export firms are moving their operations.

Another response has been for export companies from China to set up facilities in or near the U.S. Mexico has been a preferred location. Many of these investments were already in place even before the trade wars started, but the amount of exports from those locations has accelerated and diversified.

A third big change is for Chinese companies to focus more on sales to the large domestic market. China had been wanting to move out of low-cost, export-oriented industrialization as a primary development strategy ever since the 2008-2009 global recession, and it views the domestic market as a way to move into higher-value branded production in some cases. So that’s also been happening.

BRINK: Some CEOs, such as Amar Hanspal, have suggested that, with rising protectionism and climate change, you’re going to see things sourced nearer to the market that they’re serving, rather than having extended global value chains. Do you agree?

Professor Gereffi: We may be moving into a world of parallel systems in the digital economy value chains. So, if you look at a key field like e-commerce, China and the U.S. have top firms that are supplying both the domestic and global markets. In China’s case, Alibaba is basically focusing on the domestic market, but with some inroads into Southeast Asian countries, while Amazon has been a global leader from the start.

If Africa begins to adopt more of China’s advanced technologies, then maybe China would gain momentum in terms of expanding its technologies.

U.S. companies are far more global in terms of their impact on value chains around the world, while China has been launching a very strong national value chain strategy around these key technologies, but is hoping to expand outward from that. With Huawei, China was hoping to have a global pacesetter in the global telecom industry.

BRINK: What do you mean by parallel worlds?

Professor Gereffi: Well, parallel in the sense that we might have two different sets of global standards emerging. For example, China has had its own great China firewall since the early 2000s, where e-commerce inside China operates according to a Chinese set of standards and regulations that restrict access to many foreign websites. In contrast, U.S. and European companies have adopted relatively open international standards, although global internet governance is becoming increasingly contested over issues like data privacy and international tax laws.

So, if pushed, China would continue to try to develop its own standards that would apply to the China market and maybe to its allies in East Asia and elsewhere. We’ve had those technology battles before between the U.S. and Japan, involving Sony’s Betamax videocassette recorders and the rival VHS format in the U.S. in the 1980s and 1990s.

I don’t think the parallel systems approach is sustainable long term. One standard is usually going to win out, and everybody wants to be connected to that platform. But even in contemporary IT, we have seen Apple standards coexist with Android standards in the mobile phone market. So, in some ways, we’ve got parallel value chains in that area. So it’s not inconceivable that we might have that kind of outcome, at least in the short term.

BRINK: What about Africa and the Middle East — how do they fit into this dynamic?

Professor Gereffi: Africa is actually an area where China can score some significant wins. One of the big advantages of China in terms of these digital technologies has been mobile money and its pervasiveness in China. If you look at Kenya’s M-Pesa system for mobile phone money transfers, they have become a leader in sub-Saharan Africa in mobile money.

China is emerging as a major investor in Africa through its Belt and Road Initiative. So Africa, for sure, and potentially the Middle East, are areas where China-based technologies could be supported by heavy China investments. They’ve already got massive infrastructure investments linked to the BRI, which opens up to a broader participation by Chinese companies in those regions, including sub-Saharan Africa.

If sub-Saharan African countries begin to adopt more of China’s advanced technologies, then maybe China would actually gain considerable momentum in terms of expanding its technologies and standards to other countries or regions around the world.