How Much American IP Is China ‘Stealing?’ 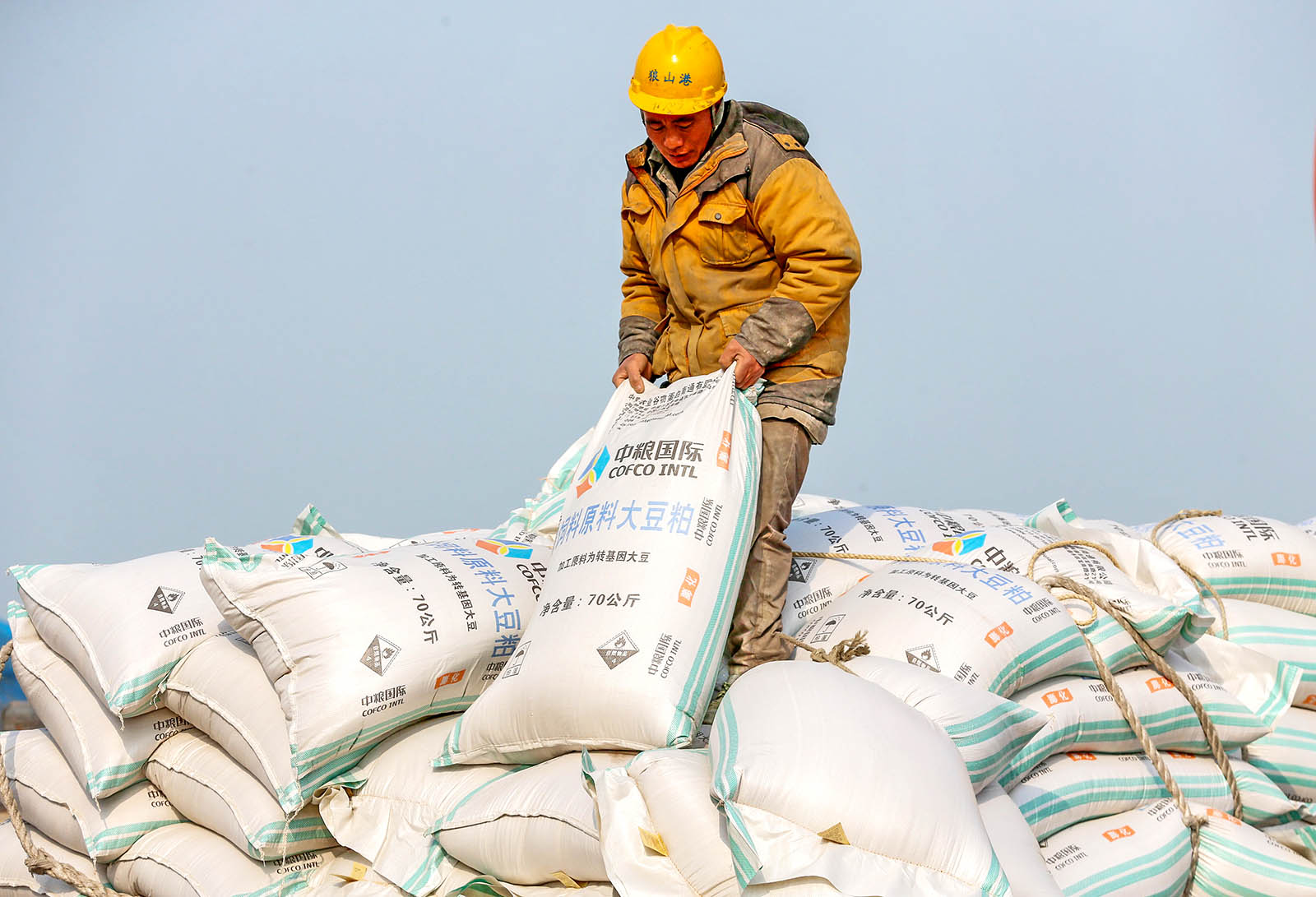 A worker carries a bag of soybean meal at a port in China. US President Donald Trump recently announced sanctions against Beijing for the theft of intellectual property.

This is the third piece in a week-long series on intellectual property. You can read the previous pieces here and here.

The U.S. has been justifying its intention to impose tariffs on more than $150 billion in Chinese products by claiming that they are a response to China unfairly gaining access to American trade secrets.

U.S. officials say China aims to cheat its way to dominance in high-value technological fields such as renewable energy, telecommunications and artificial intelligence.

The blue-ribbon Commission on the Theft of American Intellectual Property estimates the total cost to the American economy resulting from IP theft as between $225 billion and $600 billion annually. The commission labels China the “principal IP infringer.” However, only a portion of the IP value lost to China is stolen outright, notes Paul Goldstein, an IP expert at Stanford. Instead, it’s given away in negotiations with Chinese businesses, officials and investors.

The Danger of Joint Ventures

In some industries, China has long required foreign companies seeking access to the domestic market to enter into joint ventures with domestic firms. U.S. officials and some businesses say Chinese officials flout trade rules limiting the amount of technology that the Chinese partner can receive in a joint venture.

Nearly one in five (or 19 percent) of American businesses in China say they have been directly asked to transfer technology to a Chinese partner, according to a 2017 survey by the U.S.-China Business Council. Sixty percent of those firms said they made the transfer only reluctantly.

Exhibit 1: How Did Your Company Respond to a Request for a Tech Transfer?

China also uses onerous administrative review and licensing processes “to force the disclosure of sensitive technical information,” according to the Office of the U.S. Trade Representative. Foreign companies must submit to reviews and licenses to expand or establish operations or to offer products in the Chinese market. Chinese officials use the occasion to directly or indirectly ask for technical information.

There’s some debate as to how much sensitive technology is being disclosed this way, but many foreign companies see reviews and licenses as one of the most significant barriers to doing business in China.

Chinese foreign investment in the U.S. has grown sharply over the past decade.

Exhibit 3: Chinese Investment in the U.S.

Increasingly, this investment has taken the form of acquisitions rather than “greenfield” investments, trade officials say. And it’s grown particularly quickly in the high-tech and innovation-heavy sectors targeted by Chinese industrial policies.

In many cases, Chinese buyers contend that they have no ties to the government. Regardless, the U.S. administration is increasingly seeking to block Chinese acquisitions by arguing that economic leadership in advanced technologies is tied to the national interest.

According to the Office of the U.S. Trade Representative, for over a decade, the Chinese government has “conducted and supported” cyber theft of American trade secrets to gain competitive advantage, according to U.S. trade officials.

Quantifying the extent and source of cyberattacks is difficult, for obvious reasons. But the Center for Strategic and International Studies, working with McAfee, estimates the total cost of cybercrime in North America is between $140 billion and $175 billion, or up to 0.87 percent of GDP.

Recently the Bureau of Industry and Security asked U.S. businesses about the impact of malicious cyber activity from all sources, not just China.

Assuming that China is gaining unfair access to foreign IP, are tariffs the answer?

Perhaps not, says Mr. Goldstein, the IP expert. He suggests pursuing relief through the Chinese courts by seeking criminal or civil penalties under the Economic Espionage Act or through the dispute resolution process established by the World Trade Organization’s TRIPs (Trade-Related Aspects of Intellectual Property) Agreement.

“Addressing these discrete appropriations [of IP] with trade sanctions,” he says, “is like performing microsurgery with a sledgehammer.”

Robert Atkinson President of the Information Technology and Innovation Foundation
URL: https://www.brinknews.com/how-much-american-ip-is-china-stealing/
Get ahead in a rapidly changing world. Sign up for our daily newsletter. Subscribe
​​