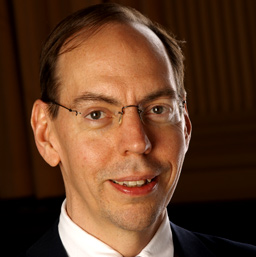 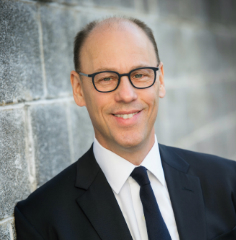 Mary E. Lovely
Professor of Economics at the Maxwell School of Citizenship and Public Affairs at Syracuse University 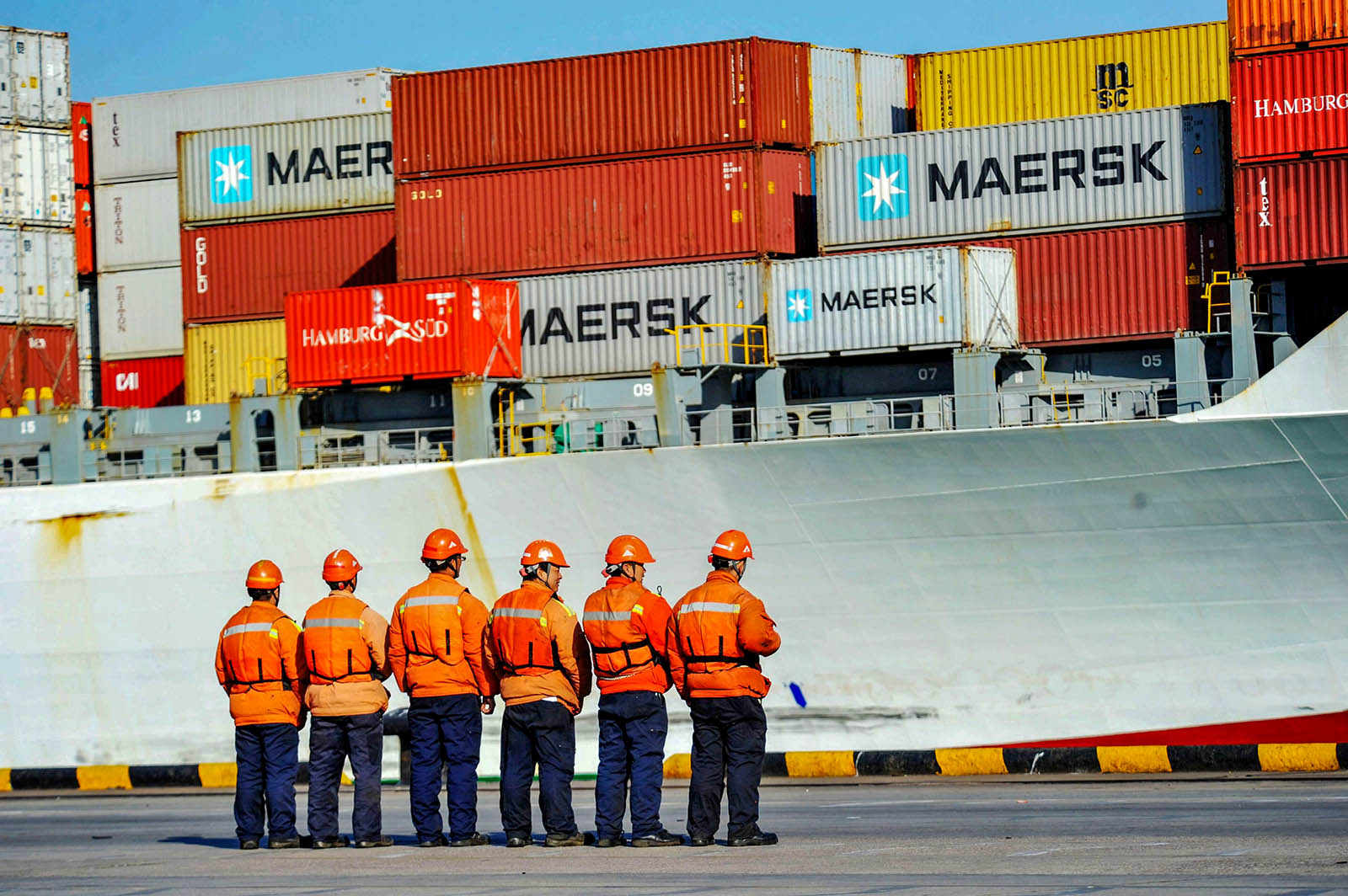 Workers stand in line next to a container ship at a port in China. China recently said it was ready to pay "any cost" in a trade war, as the U.S. initiated a range of actions that could threaten the global trade order.

The recent trade skirmishes between the U.S. and China escalated recently with the Trump administration levying tariffs on an additional $200 billion worth of imports from China. The 10 percent tariffs will apply from August 30 to a long list of products including seafood, home appliances, industrial components and phone accessories, but excluding mobile phones. The latest action comes on top of the U.S. levying tariffs on $34 billion worth of imports from China earlier this month, and the latter immediately responding with eye-for-an-eye tariffs on imports from the U.S. The U.S. had also slapped import levies in January on solar panels and washing machines, and in March on steel and aluminum. They triggered retaliatory tariffs on U.S. exports from its NAFTA partners, Canada and Mexico, and from the European Union.

Left unchecked, these actions could threaten the global trade order, leaving casualties in disrupted supply chains that will hurt U.S. companies and potentially lead to a flight of investments and jobs from the U.S., experts told Knowledge@Wharton. Hopes run low for a resolution of the U.S. trade disputes with China, in particular due to the lack of “exit ramps,” although the EU might play along until the midterm elections to the U.S. Congress in November, they added.

The Trump administration is taking an approach that “does not give our allies any political space to back down,” said Mary E. Lovely, economics professor at Syracuse University and a fellow at the Peterson Institute for International Economics. “That has very severe ramifications for the future of the global trading system. It’s a trading system that is showing strains and clearly needs to be modernized, and yet we’re breaking a lot of dishes instead of building anything new.”

“This is definitely a trade war,” said Matt Gold, adjunct law professor at Fordham University and a former deputy assistant U.S. trade representative for North America. He broke that down to “two or three separate trade wars” and said “none of it is good for trade.” The first is with China for the past 15 years over protection of U.S. intellectual property rights. The second one is over steel and aluminum imports into the U.S. from Canada, Mexico, the EU and China. The third is over tariffs on imports of automobiles and auto parts between the U.S. and other countries, where the Trump administration wants to renegotiate agreements struck by previous U.S. administrations.

However, despite the rhetoric from the leaders of the countries involved, Jacques deLisle, University of Pennsylvania professor of law and political science and director of Penn’s Center for East Asian Studies, saw reason for hope. “The optimism stems from the almost desperate view that if this gets really bad, it’s so bad we can’t believe people will let it happen,” he said. “At this point, we are in the early stages. There is still room for negotiation.”

Mr. Gold was not as hopeful of a resolution, however. “This idea that the world won’t let it happen is unfortunately something we can’t rely on,” he said.

We’re starting to hear concerns around trade from U.S. businesses: there are lots and lots of ways that China can make life miserable.

Widespread Impacts in the U.S.

Mr. Gold said the tariffs would hurt all parties. “But the impact is more spread out with regard to the goods coming into the U.S., increasing costs for consumers, but also for U.S. production that has to buy inputs for its manufacturing,” he added. “At the same time, the cost for U.S. exports—particularly agricultural exports—is much more focused on a smaller number of U.S. companies. You’re going to see a louder, clearer or more organized reaction to that particular set of problems.”

According to Ms. Lovely, firms that rely on global supply chains would be among the worst affected. “Only one percent of the goods are consumer goods, and the rest are either capital equipment, such as machines, or intermediate inputs and parts,” she said of the tariff actions against China. Many of those are from foreign enterprises operating in China as part of supply chain trades, she added. “[For example], they are inputs from a BMW operation in China and coming back to plants here in Georgia. So, these tariffs are going to hurt the U.S.”

Much of the value-add in the products that come from China are not added in China, said Mr. deLisle. “The vast majority of the value is embodied in components that go into China, are assembled or transformed in various ways and come back here. A big chunk of it is actually U.S.-sourced material and material sourced from other countries that goes into the products that are exported here. We’re hurting those suppliers’ inputs, and we’re hurting the American companies that are working in China with intermediate goods from the U.S. and elsewhere to produce what they’re producing.”

China could retaliate in unconventional ways that could stump the U.S., Mr. deLisle pointed out. “China has been very clear that it will use and is using qualitative as well as quantitative measures, to use their terminology,” he said. “We’re starting to hear concerns from U.S. businesses in China that suddenly they’re going to be facing more serious inspections on environment and perhaps labor. U.S. goods imported into China aren’t just facing tariffs, but also stricter quarantines, more spot inspections, and all sorts of delays. There are lots and lots of ways that China has … to make life miserable.”

Beyond that, Chinese consumers could also turn against American branded products, driven by feelings of national pride, Mr. deLisle said. Consequent to China’s imposition of tariffs of 25 percent on soybean imports from the U.S., several large Chinese companies have begun sourcing those agricultural products from other countries, he noted. Some of the American producers are starting to complain about less interest in their products from China, he added.

The U.S. as a ‘Production Island’

The most visible evidence of the U.S. tariff impositions is in the threat of a flight of capital and jobs from the U.S. to escape retaliatory tariffs on the EU. Notable among them is motorbike maker Harley-Davidson, which announced plans to shift some manufacturing overseas over the next 18 months to avoid the impact of the EU retaliatory tariffs of up to $100 million annually it would otherwise face.

“America’s trade adversaries have become more sophisticated in understanding America’s political system,” said Mr. Gold. “Our trade adversaries are now targeting U.S. brands that they think will tell the story of why Trump’s trade policy is a mistake” directly to his supporters. “That’s why they go after brands like Harley-Davidson.” A similar theme is visible in Canada levying 10 percent tariffs earlier this month on $12.5 billion worth of imports of U.S. products. They included dairy products that are critical to suppliers of yogurt from Wisconsin, the base of U.S. House of Representatives Speaker Paul Ryan, according to a CNBC report.

Although U.S. consumers “will feel the pinch” of the trade wars, “what is making it easier for President Trump to wage this trade war is the fact the U.S. economy is performing beautifully right now,” said Ms. Lovely. “The great economic growth that we’re experiencing—we’re even beginning to see increases in workers’ real wages—is hiding the pain that we will experience long term because of these really ill-considered policies.”

This article has been republished, edited and condensed from Knowledge@Wharton and can be read in full here.

Stephen A. Cozen Professor of Law & Professor of Political Science; Director, Center for East Asian Studies at the University of Pennsylvania Law School

Jacques deLisle is a professor of law and political science and director of the Center for East Asian Studies at the University of Pennsylvania Law School.

Adjunct Professor of Law at Fordham University School of Law

Matt Gold is an adjunct professor of law at the Fordham University School of Law. Professor Gold previously held an appointment within the Executive Office of the President as the deputy assistant U.S. trade representative for North America, in which he was the United States’ lead negotiator and policy advisor focused on North American trade.

Mary E. Lovely is a professor of economics at the Maxwell School of Citizenship and Public Affairs at Syracuse University.