India Has False Sense of Security Amidst Global Financial Crisis 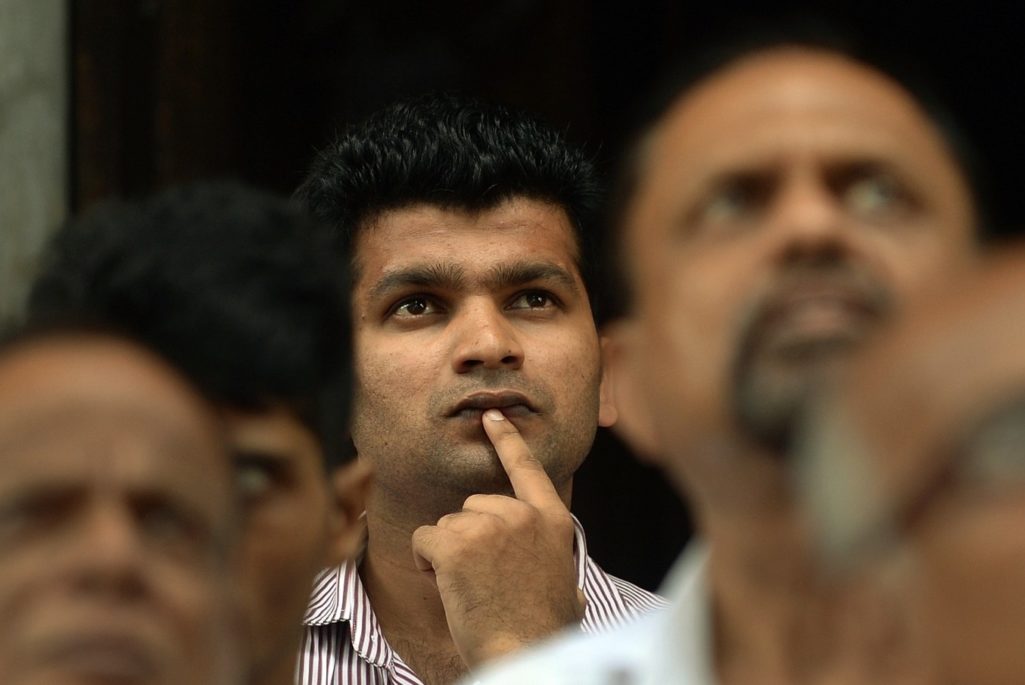 An Indian onlooker watches share prices on a screen outside the Bombay Stock Exchange in Mumbai on August 25, 2015.

India’s Finance Minister Arun Jaitley and Reserve Bank Governor Raghuram Rajan have been quick to declare that India is well-protected from the global turmoil. It is their job to soothe investor and public nerves. And the large foreign exchange reserves are a defense against a flight of funds from India. But this is not a conventional financial crisis. We are in the midst of a rolling global growth crisis that began in 2007 and has now entered a dangerous phase.

The illusion that India actually benefits from the recent turmoil—because, for example, oil prices are low—ignores the fact that prices are low because the global economy is so weak. The pervasive global weakness ultimately does the greater harm, especially because India is not competitive. Without a robust global presence, no nation can grow. China has been the lynch pin of the global economy for a decade. If China goes into a swoon, so will India.

Between 2003 and 2007, the world economy was in a bubble. In the United States, easy credit fostered a property price and construction boom. The illusory sense of wealth caused consumers to go on a binge, which led to a voracious appetite also for imports. China came on stream with its unbounded cheap labor, and so the increase in global demand could be met without a spike in inflation. Buoyant world trade spread this sense of prosperity. Europeans misguidedly celebrated their recently introduced euro; exports from emerging markets such as India soared and they were applauded for their sound policies. But this was not sustainable.

If the global turmoil continues, the Indian stock market will continue to fall.

The inevitable crisis started in the United States in mid-2007. After some confusion, the Americans mounted a vigorous defense. They pulled back from the abyss in early 2009.
China played a crucial role at this stage. By pumping money into the financial system, the Chinese generated an extraordinary demand for global goods. The global economy sprung back to life in 2010. Emerging market commodity producers gained, as did German and other European exporters. In its April 2010 World Economic Outlook, the IMF declared that the crisis was over. Global growth was projected to return to pre-crisis rates.

But the American economic recovery proved to be hesitant and faltering. And Europe went into a deep funk, with the banks in bad shape and sovereign debt on the rise. The Europeans, moreover, made a mess by tightening monetary policy in 2011 even as they engaged in deep fiscal austerity.

In a historic reversal of roles, emerging markets were billed as the new stars, with China as the global engine of growth. But in October 2013, this story began to come apart. As most emerging markets rapidly slowed down, forecasters claimed that Chinese growth would decline only at a gentle and carefully calibrated pace.

Why China’s growth could collapse

At the San Francisco Federal Reserve in November 2013, economists Lant Pritchett and Lawrence Summers claimed that Chinese growth could decline quickly from the heady 8 to 10 percent a year to between 3 and 5 percent a year. Their claim was based, at first sight, on a purely statistical basis. There was no historical precedent to maintaining Chinese-style growth rates.

But Pritchett and Summers also made a more substantive argument. As the economist Dani Rodrik has long argued, sustaining high growth rates requires a constant evolution of high quality institutions. As a market economy becomes more sophisticated, accountability in transactions and business practices becomes critical, achieving which is a non-trivial task. Pritchett and Summers added that dismantling the existing institutions would be disruptive. In other words, undoing the plethora of informal arrangements—many of them steeped in corruption—would set growth back before a sustainable new growth dynamic could be generated.

While mindful of these strictures, the Chinese nevertheless continued to pump up growth through easy credit provision and public spending for infrastructure projects. This not only delayed the inevitable but also created new pathologies within the Chinese economy. A correction was overdue. The trigger for the correction turned out to be the announcement that the Chinese yuan would be depreciated.

India in a global growth crisis

The best explanation for the rolling global crisis is a simple one. The world mistook the economic and financial bubble in the 2000s for sustainable prosperity. Global productivity growth was low at that time—and has remained low since. Unfortunately, the numbers show that the always useful, and often dazzling, computer-based and Internet applications generate minor macroeconomic productivity gains.

And when productivity growth slows down, there are two choices: to invest in the future or to live within one’s means. Instead, policymakers, preoccupied with their short-term goals have sought easy growth elixirs and soothing words.

If the global turmoil continues, the Indian stock market will continue to fall. Corporate profitability has been abysmal and businesses have virtually stopped investing. Although Indian inflation rates are down, they are still considerably higher than in competitor countries. The accumulated inflation differential over the past decade shows up in the inability to sell even low-tech consumer goods such as garments and leather products. A necessary decline in the exchange rate—perhaps by 10 to 15 percent from current levels—will hurt the many companies who borrowed in dollars. That could create more stress in the banking system, which would be further aggravated by a decline in inflated property prices.

To put it simply, Indian asset prices have increased in anticipation of growth that may not materialize. Little noted in the Pritchett-Summers paper was a prediction that Indian growth rates will also fall to between 3 and 5 percent, for exactly the same reasons as in China. For now, Indian statisticians have created the dangerous illusion that Indian GDP is growing rapidly when all indicators point to the contrary.

In the meantime, the government has chosen instead to extend the hand of the state, creating uncertainty in the tax regime and threatening India’s elite educational institutions. Instead of decisively privatizing the public sector banks, it has chosen to retain ownership and control over this long-standing source of patronage at unending cost to the budget. And to increase the ruling party’s hold over state legislatures, the central government has indulged in promises of fiscal giveaways.

India has never achieved high growth without strong exports. When the global crisis comes home, we will have no one but ourselves to blame.

This piece first appeared on the Bruegel blog.