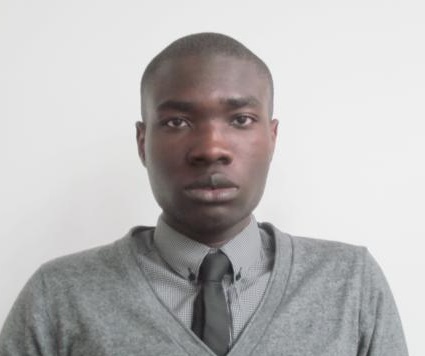 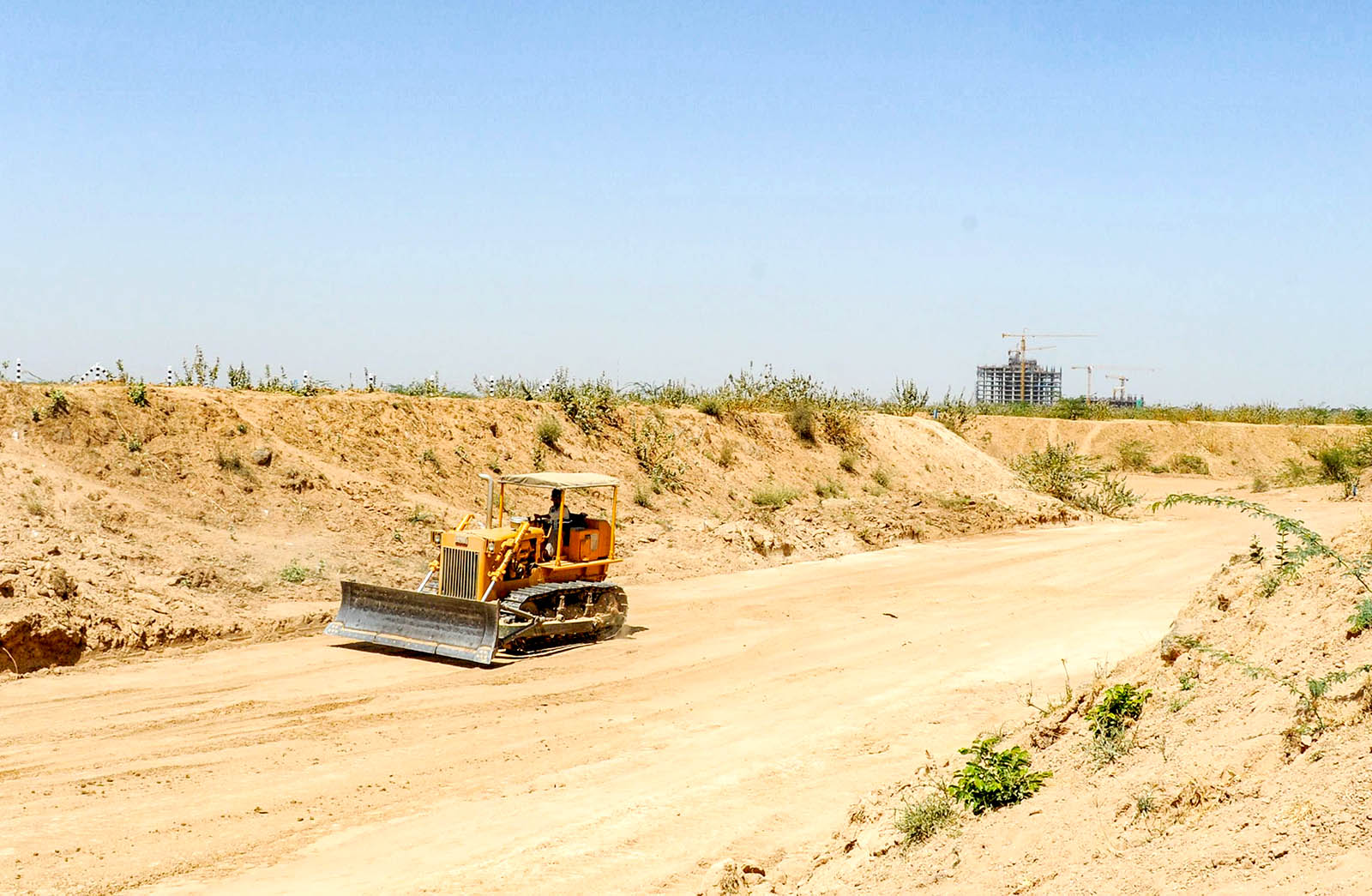 Laborers in India use heavy machinery to work on a road in Gujarat. In 2017, the government announced that over the next five years it would build more than 83,000 kilometers of highways and spend about $106 billion doing so.

India’s infrastructure need is massive. As one of the world’s most populous and rapidly growing large economies, the Indian government has recognized that boosting the country’s public infrastructure is key to maintaining the momentum its economy has achieved in recent years. A failure to invest significantly in improving its existing infrastructure and building new infrastructure can scupper the country’s economic prospects.

Currently, there is not a great deal of private capital being raised for infrastructure in India. The assets held by India-based unlisted infrastructure funds totaled just $2.8 billion as of end-September 2017, including less than $1 billion of capital available for investment in upcoming projects. That’s a very small sum for a country of India’s size. By contrast, the equivalent figure for China-based infrastructure is $22 billion, while for the United States, it is $158 billion.

This small scale is perhaps a reflection of the rapid speed of development so far. Infrastructure funds operate on long-term horizons of 10 years or more, meaning that many India-based infrastructure funds will have been incepted in recent years in order to take advantage of burgeoning opportunities.

This is reflected in fundraising trends for unlisted infrastructure funds with a mandate for India. One fund closed in 2000 that included India in its scope, and then no funds were raised with any exposure to the country until 2005. However, there was a rapid boom from that point, with fundraising activity peaking in 2009 as nine funds secured $2.5 billion from investors. After declining again in the wake of the Global Financial Crisis, fundraising accelerated between 2013 and 2015, and in 2014, four funds that include India in their scope secured a record $3.2 billion. In a sign of gathering pace, though, this record has already been broken in 2018 year-to-date (YTD), as the Macquarie Asia Infrastructure Fund 2 closed on $3.3 billion, part of which is likely to be invested in projects in India.

What is more promising is that the amount of capital available for investment in India is likely to accelerate further in the coming months. There are currently 11 unlisted infrastructure funds in market (still raising capital) that include India as part of their geographic focus, and collectively, these vehicles are targeting $15 billion in investor commitments. If these funds manage to achieve their fundraising targets, they will surpass the total number of funds closed in the decade 2008-2017, as well as exceed their capital totals. It reflects the new attention being paid to Indian infrastructure in the wake of renewed government focus on the sector.

Although fundraising levels over the past decade have not always been strong, there has been significant acquisition activity for infrastructure assets in India. While there were just 26 deals worth a total of $1.5 billion in 2000, this surged to 138 deals worth $15 billion in 2009 and reached a record high of $35 billion for 281 deals in 2016. This is extremely encouraging and illustrates that investors are finding abundant attractive investment opportunities in India.

It also indicates that private capital in this case represents a small proportion of capital sources: Corporate and sovereign investors, as well as listed funds, have all deployed capital toward acquiring projects in the country.

However, this rate has slowed rapidly since the start of 2017, with that year recording just 86 deals announced for a total of $24 billion. This has slowed further in the first four months of 2018, which have seen 18 deals announced for a combined $4.1 billion, just 6 percent of the number of deals recorded in 2016. This will be of some concern to the sector and may be due in part to the introduction of the Insolvency and Bankruptcy Code regulation, which may have impacted the way in which many acquisitions were financed. However, with a robust pipeline of new funds looking to raise capital for the country, as well as increased incentives from the government, the prospect is good for deal activity to rebound in the coming months.

The focus on roads is unsurprising when looking at the infrastructure needs of India. The government announced in October 2017 that in the next five years, it would build more than 83,000 kilometers of highways and spend about $106 billion doing so, an indicator of the need for more road infrastructure in the region. In the past decade or so, the largest 20 deals looking to invest in roads in India were all made before 2016. Due to a difficult business environment, one concern is further slowdown in private investments in roads. However, with investors and fund managers worldwide worried about competition in more established markets as well as rising asset valuations, investors could very well choose to weather the difficult business environment in India to push their capital into the region.

It is also encouraging that a significant proportion of deal activity since 2008 has been for new-build greenfield projects. These have accounted for close to half (49 percent) of the number of deals announced and 45 percent of total deal value recorded in the period. This reflects that infrastructure needs in the country revolve around developing new assets rather than refurbishing or expanding preexisting ones. However, in 2017 and 2018, year-to-date investors have overwhelmingly put their capital into assets in the secondary stage, which accounted for the majority of deal announcements in both years. This switch towards preexisting assets may also be an offshoot of the Insolvency and Bankruptcy Code, as firms look to lower-risk and income-generating assets over new builds due to financing concerns. In fact, the largest Indian infrastructure deal ever announced was the 2017 acquisition of Essar Oil in a financing worth $12.9 billion, a transaction involving a secondary stage asset.

This shift points to the key contention between India’s infrastructure needs and its sources of private capital. The huge governmental drive to develop new infrastructure assets in roads, railways, utilities and public buildings will surely provide significant opportunities for infrastructure investment, and private infrastructure funds are among those lining up to take advantage of these opportunities.

However, the regulatory and financing framework is currently challenging. Tightening rules on bank solvency and lending are making finding sources of leverage more difficult, while abrupt shifts in monetary policy may lead investors to question the long-term viability of their investments. If these challenges can be eased in conjunction with the government, there is every indication that infrastructure investment in India could surge in the coming years.

Patrick Adefuye is head of Real Assets Products at Preqin. He is responsible for the overall strategy of Preqin’s real assets business, developing and promoting award-winning products, producing and editing real assets-focused research, and managing other strategic initiatives. Prior to this he held various roles at Preqin, with a particular focus on private equity and the private capital secondary market.

Alexander Privitera Fellow at UniMarconi, Rome
URL: https://www.brinknews.com/infrastructure-activity-in-india-shifting-tides/
Get ahead in a rapidly changing world. Sign up for our daily newsletter. Subscribe
​​