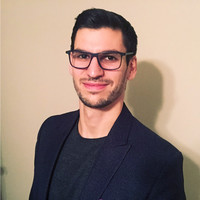 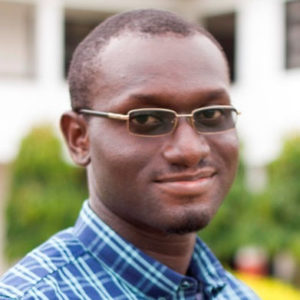 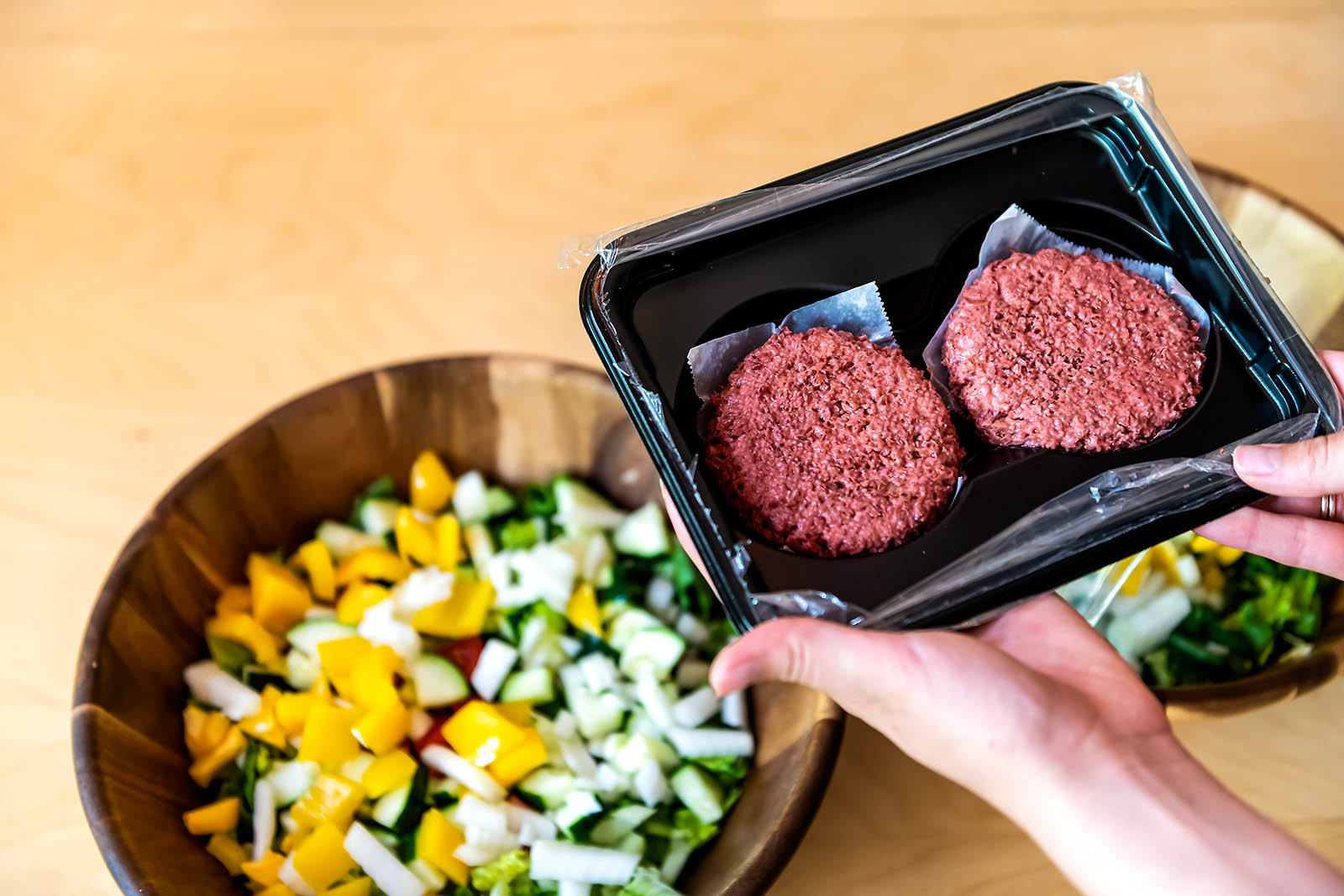 With increasing global concerns on the environmental impact of conventional animal meat production and the health implications associated with meat consumption, there’s been a growth in the number of people looking to meat alternatives.

According to a Barclays research report, the market value of meat alternatives is expected to grow from its current value of $14 billion to $140 billion by the year 2029.

Mimicking the Muscle Tissue of Meat

Most of the key drivers investigated in the report used extrusion as a process to produce meat alternatives from plant proteins. Extrusion is the process by which plant proteins are made into moldable fibrous forms to mimic muscle fibers and pushed through a die with the combination of heat, pressure and mechanical shear, cooking the plant proteins in the process.

Field Roast, Impossible Foods and Beyond Meat use a variety of plant sources to manufacture their extruded meat alternatives.

Common ingredients for all of these plant-based meat alternatives are legumes and cereals. Pea protein was found to be a common ingredient for meat analogues produced by Beyond Meat and Field Roast. Aside from the pea proteins used, wheat gluten, soy protein and rice proteins were among the ingredients used by Field Roast, Impossible Foods and Beyond Meat, respectively.

To give these plant-based meat alternatives the same taste and sensory appeal as real meat, these companies employ different processes to achieve the desired sensory properties.

Impossible Foods makes plant-based heme, an iron-containing protein that gives meat its color, by inserting the DNA of soy plants into genetically modified yeast and fermenting it. By this process, it is able to achieve a similar taste and appearance of real meat, whereas Beyond Meat uses coconut oil to process its meat alternative to mimic the juiciness of real meat.

The founder of Novameat, one of the companies that use 3D printing technology, stated that he was able to create a meat analogue from plant protein that has the same texture as muscular tissue from real meat.

Aleph Farms, a food tech startup, aiming at producing meat for the space station workers in the future, announced that it had successfully used 3D printing technology on the International Space Station to produce lab-grown meat.

Growing Meat in a Laboratory

With the emergence of cellular agriculture, other meat-alternative companies are growing meat from scratch in a more animal-friendly manner.

Companies like Mosa Meat and JUST isolate cells from healthy animals, provide the cells with nourishment using growth factors and nutrients and grow the cells under controlled conditions to yield muscle fibers that are then processed into the desired meat products.

While most meat-alternative companies are targeting the replacement of beef and chicken, Finless Foods is focusing on growing healthy, fresh, mercury-free fish using cells from bluefin tuna. Finless Foods is working toward no longer having to harvest cells from bluefin tuna, as it is one of the endangered species of fish, by creating a type of seed bank of fish cells.

According to Mosa Meat, the company can produce enough meat to make 80,000 hamburger patties from one cell harvesting sample. The founders of Finless Foods say that with one bluefin tuna fish, they can produce an infinite number of fish.

So Where Are the Challenges?

In spite of the giant strides these companies have made, there remain some hurdles such as scalability, the cost of production and regulatory concerns for companies that use cellular agriculture. Companies using cellular agriculture also have the challenge of making their products meet consumer taste, texture, mouthfeel and appearance preferences.

Further, there are scaling and processing challenges for plant-based meat alternatives for which other protein sources would have to be identified to create meat alternatives with texture that mimics real meat.

Academic researchers are also making inputs in directing the course of the production of meat alternatives. Research institutions like New Harvest, University of California, Los Angeles, Tufts University and the University of Queensland are finding novel ways of producing alternative protein sources to replace meat.

The Constant Search for Texture and Flavor

The Rowat Lab at UCLA is developing new techniques for making lab-grown beef that tastes and feels like traditional beef. Meanwhile, researchers at Tufts University are culturing cells of insects to produce meat, and those at the University of Queensland are using extrusion technology to produce sausages from maggots.

This research reveals the huge potential of meat alternatives, shown in the rate at which major shops and food outlets are partnering with some of these companies to bring these meat alternatives to consumers.

In the future, companies will have to find alternative sources of plant protein that are sustainable to help produce meat alternatives with more desirable texture and flavor profiles to meet the growing need. Processing technologies will also have to be improved to produce meat alternatives that have desirable sensory properties. Finally, companies that use cellular agriculture have to find plant-derived and completely animal-free media to grow cell cultures to make them more appealing to consumers driven by ethical considerations.

Gareth is a senior project architect at PreScouter. He leads PreScouter’s Food & Beverage practice as the technical director. As an academic, Gareth specialized in membrane protein biochemistry, working with an international research group assembled to study structural and functional aspects of these challenging targets in health and disease.

Bezalel is a food scientist with experience in food analysis, food chemistry, food microbiology and food processing. He has worked on projects aimed at assessing the quality and safety of dairy products and other food products in addition to developing shelf-stable food products. Bezalel has worked on some nutrition projects in Ghana as well as some climate change and food security projects in Zambia and Kenya. 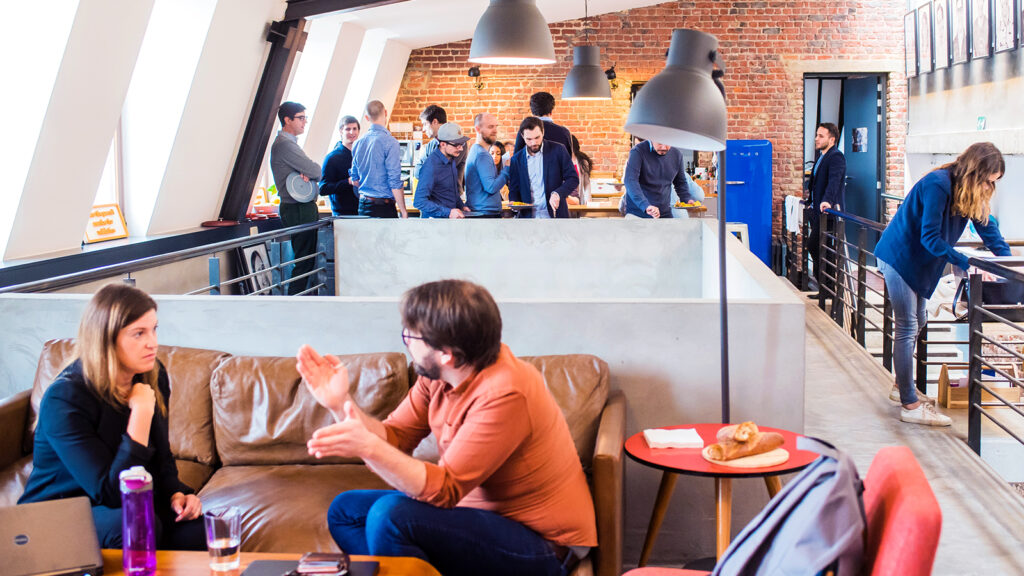 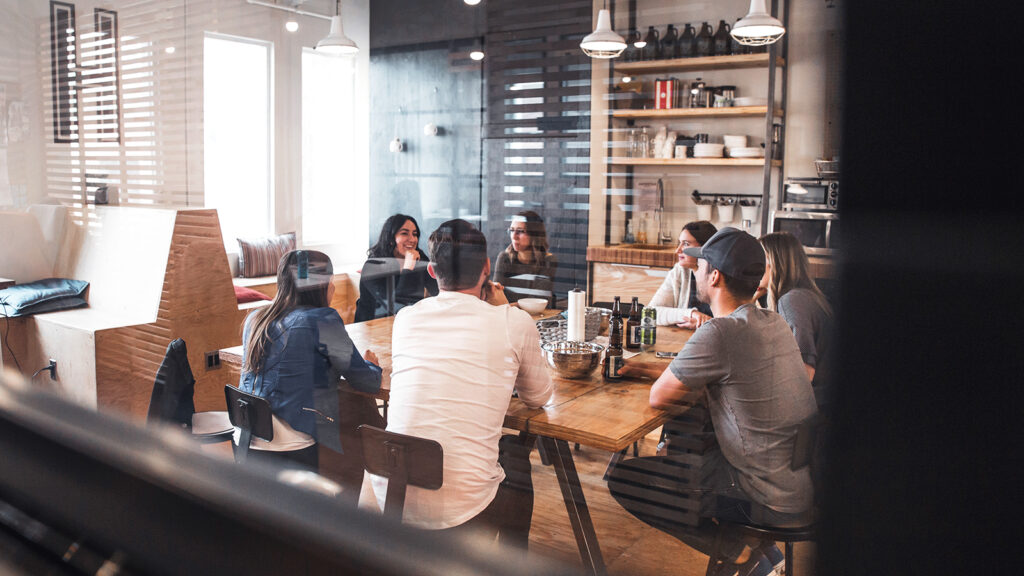 Ram Charan Global Advisor to CEOs William McNabb Former Chairman and CEO of Vanguard
URL: https://www.brinknews.com/is-it-possible-to-3d-print-a-meat-alternative/
Get ahead in a rapidly changing world. Sign up for our daily newsletter. Subscribe