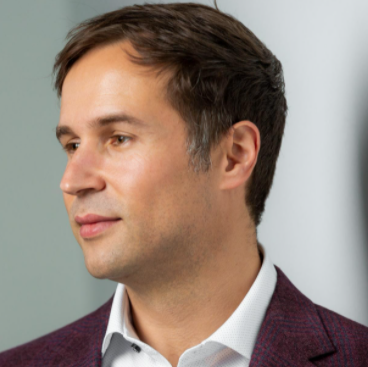 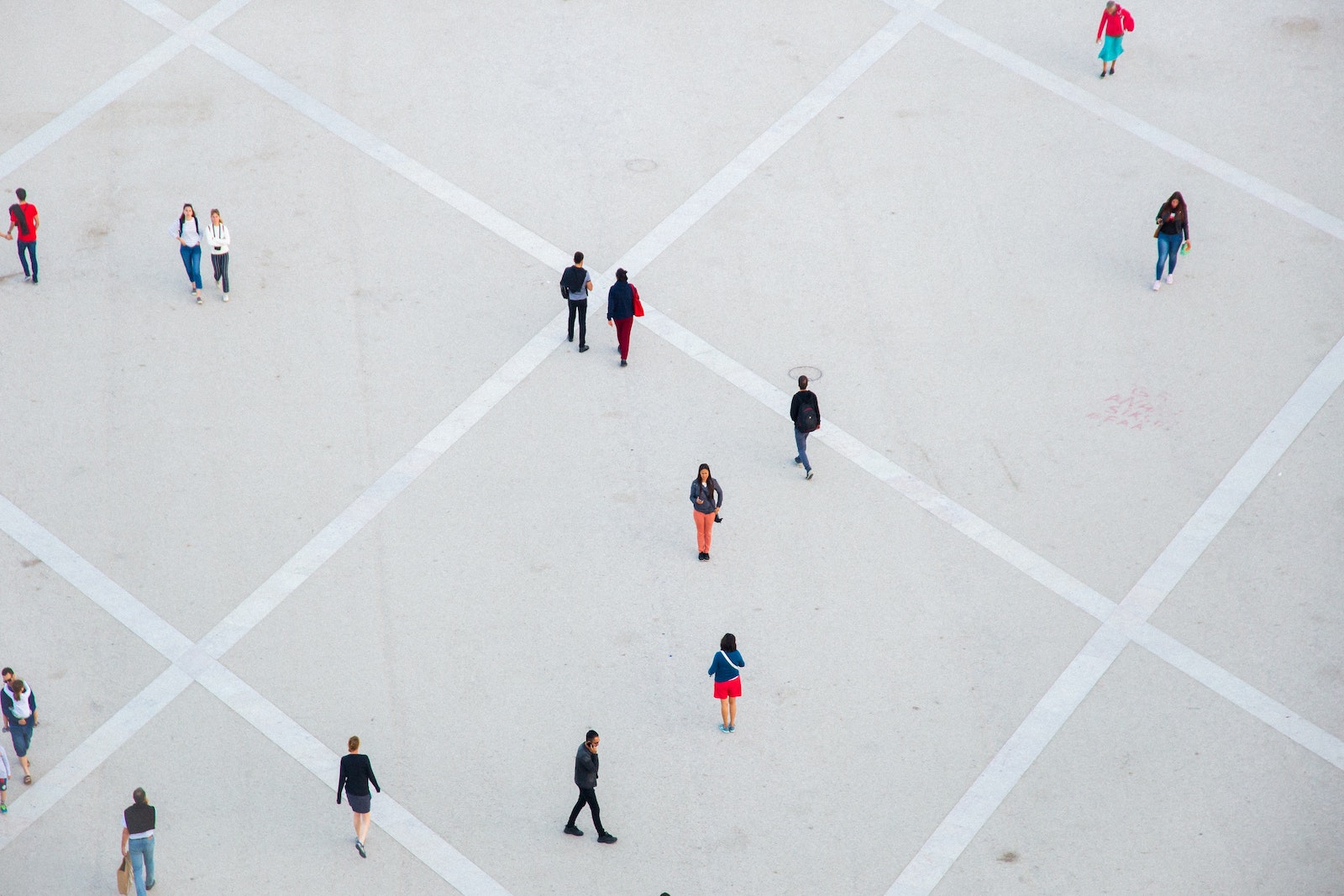 Around the world, a number of countries are now trialing universal basic income programs — from Wales to Finland to California and Minneapolis.

But with the global economy now growing and wages rising, some argue that UBI and other types of income support are no longer needed. So is support waning? BRINK spoke to Floyd Marinescu, CEO of UBIWorks.

MARINESCU: During this economic emergency, a gigantic voting block of working people around the world suddenly found themselves in need of support. I believe many of these people might now support the idea of a basic income in an election because they’ve had firsthand experience of why it’s needed and when it’s needed.

Surveys of people in the U.S. and Canada on various pandemic supports have shown that they have been able to go on to start new businesses, learn new skills, and transition into better paying jobs — or even switch careers.

This is a key value proposition for basic income, because it allows people the means to pursue the work that they are better at, and make more money at, and thus, can be more productive at.

It would also help to eliminate working poverty. Experts in the U.K. are warning that an end to the temporary increase in universal credit will result in greater poverty this winter.

Two-thirds of people in poverty are actually working. Wage stagnation remains rampant because technology continues to drive a surplus of labor, which basic income addresses as both a wage supplement and a means for buying people the time to reskill.

BRINK: Many governments agree that these supports are necessary in times of a crisis like COVID, but say they are less needed when the economy is doing well. Do you think that there is still the same need for a universal basic income when you have a strong economy?

MARINESCU: Absolutely. Basic income is there to keep people out of poverty in times of transition, in times of emergency. These transition times can be very personal. It means that students can stay in school longer. Mothers can be with children longer. People can have the opportunity to step back and retrain for a new career, which is desperately needed now as we’re transitioning through so much technological automation.

In Canada, it’s widely acknowledged that CERB (the Canada Emergency Response Benefit) saved the economy. It maintained consumer confidence during the lockdowns and, thus, prevented a mass liquidity crisis that would have happened if families had stopped spending due to an uncertain income situation.

Similarly, basic income enhances consumer spending to some extent. It acts as an always-on automatic stabilizer. An analysis of a basic income in Canada showed that creating more bottom-up spending up to basic needs would stimulate the creation of 600,000 jobs and add $80 billion a year to Canada’s GDP.

Independent studies of child credit income support programs that function like basic incomes for families in need in Brazil and Canada have shown a $2 GDP return for every $1 invested in such programs.

BRINK: There’s a lot of talk now about labor shortages because of booming economies and pandemic support programs disincentivizing work. This is pushing up wages. Isn’t there a risk that UBI would just feed into that and create even greater risk of inflation?

MARINESCU: Let’s unpack this. Labor shortage means different things in different contexts. If we’re talking about labor shortage of engineers, or programmers, or nuclear physicists, that can create severe supply side issues in the economy.

But, what we’ve been hearing in the headlines is not labor shortages of key skilled positions but labor shortages in low-skill, entry-level, often poverty-level wage jobs that anyone can do.

Economists recognize labor shortages by marking fast wage growth in a sector, and we’ve seen this in the food and hospitality industries in the U.S.

Fast wage growth is arguably what we need, especially for those kinds of positions that are often paying sub-poverty-level wages or exploitative conditions. A labor shortage is actually a wage shortage in the context of low-skill jobs that anyone can do, and is to be embraced.

If you look back through history, all the way back to the black plague in Europe, these types of labor shortages usually resulted in the greatest advances of prosperity for common working people in terms of greater benefits, greater working conditions, and greater pay, and that’s something to be embraced.

This phenomenon can be expected for countries with a basic income — people will have the means to say no to poor or exploitative jobs, negotiate better pay and better opportunities.  People who work should not live in poverty.

BRINK: One other aspect of this is technology displacement. How much, in your mind, is this a key factor for having a UBI?

MARINESCU: We have central bank governors, for example, Mark Carney, a former of England and Canada central bank governor, recognizing that we are going through something called the fourth industrial revolution. It is causing a surplus of labor, polarization of wages and unprecedented speed of change in the labor markets across all industries as we’ve adopted modern internet technologies, mobile computing, and move increasingly into machine learning.

The Robots Are Here

The main impact that people should remember is not fears of a future with no jobs, but rather, low wages for a growing share of workers who can’t make ends meet.

Low wages is one of the main issues that is being caused by the fourth industrial revolution. In the early 2000s, a study by Boston University and MIT found that for every robot arm deployed in an area would cause a wage drop, a relative wage drop or a lack of wage increase of 0.5% per thousand workers.

In short, when technology is cheaper than workers, what we seem to be seeing at a macro level is a surplus of labor as people compete for what jobs are left, and this drives people into lower-skill and lower-pay jobs.

In the worst cases, people don’t go back to work at all, as happened with nearly four million automotive manufacturing job losses in America in the early 2000s. Half of these workers didn’t go back to work and ended up in positions of severe distress, often needing to go on disability insurance. For the other half, there was a documented loss in wages of 24%-35% in subsequent jobs even six years later.

The global pandemic has made obvious the rapid pace of job disruption caused by automation. Every recession is a trend accelerator.

Businesses reach out for existing technologies to reduce costs and survive more so than in good times, and as of June 2021, the U.S. economy had rebounded to pre-pandemic levels of GDP, but with 8 million fewer workers needed. This is technological job displacement laid bare.

BRINK: President Joe Biden hasn’t embraced UBI per se, but some of his policies move toward that in the sense of, for example, the federal child tax credit. Do you see those sorts of policies as an adequate substitute for a UBI?

MARINESCU: Certainly not an adequate substitute, but a good first step. It is a well-studied fact that child poverty is one of the greatest determinants of people’s futures as adults — determinants on crime, determinants on health.

Basic income-like support programs have proven to work well in countries like Canada, where there’s been child benefits in place that have been supported by both the conservative and liberal governments.

Why Declining Entrepreneurship in the US Is Not a Concern

Canada is the only country in the G7 that has been reducing its poverty and inequality in the last few years by 20% to 30%, and the Canada child benefit, which is a permanent program that is like a basic income for parents with children, has been credited as the main factor.

A child benefit income program is certainly not a replacement for basic income, because increasingly people are deferring marriage and deferring having children due to affordability issues.

Basic income is an essential component of a modern social safety net to maintain equality of opportunity and social stability in these increasingly tumultuous times.

CEO and Co-Founder of C4Media

Floyd Marinescu is CEO and co-founder of C4Media in Canada, which provides software development news and learning events serving 1.2 million online on InfoQ.com. Floyd is an angel investor in over a dozen startups and has built teams and businesses in the U.S., Canada, China, Brazil, Europe. Floyd is also a CEO activist for universal basic income.