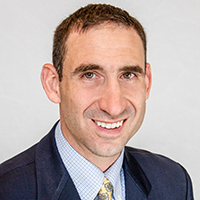 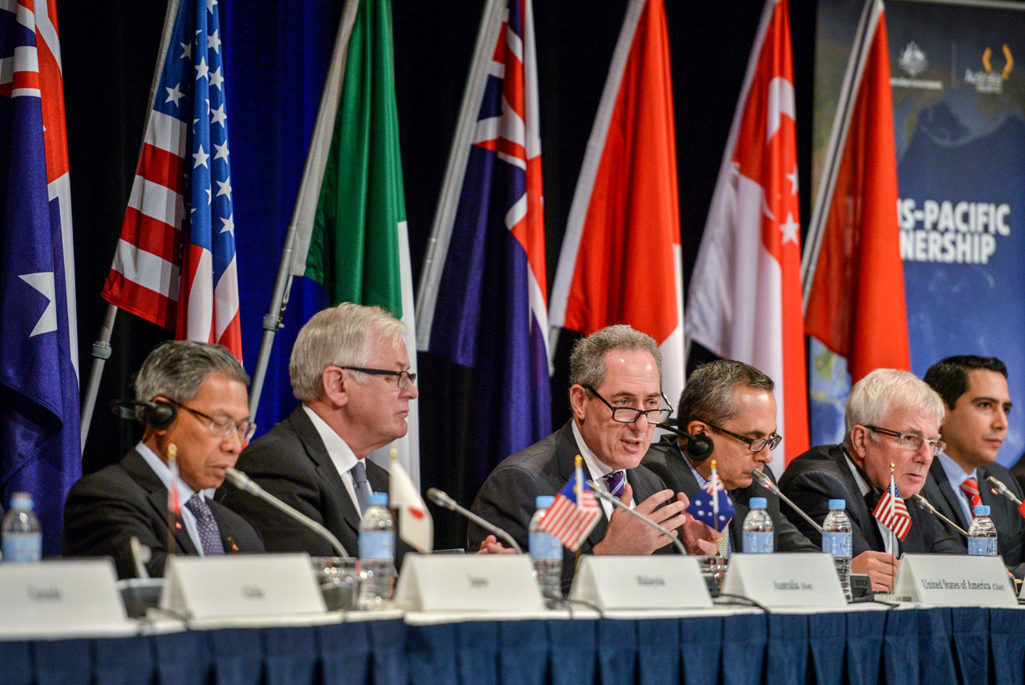 U.S. Trade Representative Mike Froman (C) speaks at a press conference for TPP, a pan-Pacific trade agreement that would encompass 40 percent of the global economy and include 12 nations, has been the subject of negotiations for years.

The ambitious goal of creating a next-generation trade agreement that aligns America with 11 of its trading partners across the Pacific region is at risk of failing if negotiators cave in to pressures to strip it of strong intellectual property protections.

The Trans-Pacific Partnership would play a vital role in integrating the economies of the participating countries by reducing trade barriers and supporting increased economic innovation and economic growth. The TPP also has the opportunity to set a precedent for future trade negotiations; the rules and systems it creates could form the foundation of an effective and efficient global trading system.

A major challenge has arisen, however, in the negotiations around intellectual property (IP) rights. Innovative ecosystems are built on the back of IP protection and are equally important for developed and developing economies. Building strong IP laws helps attract foreign direct investment (FDI), which is particularly critical for developing nations. This leads to increased innovation, which in turn attracts investors willing to risk capital on research and development, knowing that the results will be afforded strong IP protection. In fact, the OECD has found that stronger intellectual property rights (IPRs) in developing countries—in the form of enhanced patent, copyright, and trademark protections—are positively associated with increased levels of FDI, R&D, innovation, and exports in developing nations. That’s why Brazil’s enactment of stronger patent protections in the late 2000s led almost immediately to dramatic increases in biomedical technology investment and innovation.

Unfortunately, many groups and individuals who are against any and all trade agreements have been engaging in misinformation campaigns to derail or severely weaken the TPP and particularly its IP provisions. Some do so because they believe that strong IPRs amounts to ‘economic imperialism’ on the part of the United States that makes it harder for developing countries to receive access to technologies or medicines, while others erroneously believe that strong IPRs will compromise freedom of the Internet and hinder innovation in the digital content space. Others oppose the TPP or similar free trade agreements because they’re frustrated the agreements “have been negotiated in secret” and/or will lead to U.S. jobs losses.

As America’s trade negotiators convene in Beijing this week on the sidelines of the Asia Pacific Economic Cooperation meetings for continued discussions toward concluding the TPP, they face a weary slate of international counterparts. With nineteen rounds of intensive negotiations already on the books, there’s a desire in certain quarters to just get a deal, any deal, done. But, as ITIF writes in Concluding a High-Standard, Innovation-Maximizing TPP Agreement, the TPP is only worth concluding if it yields a model, high-standard, 21st-century free trade agreement that lays the foundation for a stronger set of global trade rules on which a modern global innovation economy can be built, and this means the TPP must include robust intellectual property rights protection and enforcement provisions.

Many groups against any and all trade agreements have been engaging in misinformation campaigns to derail the TPP.

The nature of the TPP’s IP provisions matter greatly to the United States because America’s competitive advantage in the global economy increasingly lies in innovation-based industries—such as life sciences (pharmaceuticals and medical devices), information and communications technologies, digital services, music and film, aerospace, and advanced manufacturing—that at their core depend on the production, and protection, of intellectual property. In fact, according to a U.S. Department of Commerce report, Intellectual Property and the U.S. Economy: Industries in Focus, America’s IP-intensive industries contribute over $5 trillion of economic output, account for approximately 35 percent of GDP, underlie 60 percent of U.S. merchandise exports, and support 40 million American jobs. In short, America’s economy is increasingly IP-dependent, and the TPP matters because its terms—especially as a template for future trade agreements—will determine how the IP fueling America’s most innovative industries is protected in global markets.

For this reason, America’s trade negotiators need to hold out for a TPP that includes strong protections for patents, copyrights, and trade secrets (including criminalizing the willful theft of trade secrets); features robust measures to counter digital piracy and counterfeiting, while also creating an international standard for Internet service provider (ISP) liability modeled on the U.S. approach; and incorporates 12 years of data exclusivity protection for novel biologic medicines (as is the case in current U.S. law.)

Strong IPR rules set the conditions by which innovative industries can thrive throughout the TPP community of nations. For instance, innovation in novel biologic medicines is exceedingly risky, expensive, and time-consuming, requiring, on average, 14.6 years of pre-approval research and development (R&D) activity and costing more than $1.2 billion. Providing twelve years of data exclusivity protection for biologic drugs preserves incentives to invest in risky R&D while providing a pathway for generics competition. Such a compromise recognizes that while access to medicines is important, so also is the existence of medicines, which depends upon on a virtuous circle in which the profits from one generation of innovative medicines finances investment in the next.

Likewise, by including legal incentives to encourage ISPs to cooperate with copyright owners to deter the unauthorized storage and transmission of copyrighted materials, the TPP can create an effective copyright system that attains a balance between innovation and protection. Indeed, the U.S. proposal on the table outlines many of the same basic limitations on liability for ISPs that are found in America’s Digital Millennium Copyright Act, a system that both prohibits outright theft and piracy while at the same time providing safe harbors for legitimate digital providers. Ultimately, enshrining this type of system throughout TPP member countries will ensure that the creative output of digital enterprises thrives throughout the region.

Done right, the TPP can set the conditions under which innovative industries can flourish throughout all TPP nations, while charting a new set of trade rules that can maximize innovation in the global economy.

Stephen Ezell is vice president, global innovation policy at the Information Technology and Innovation Foundation, a Washington-DC based technology and economic policy think tank. He is the co-author with Dr. Robert Atkinson of Innovation Economics: The Race for Global Advantage (Yale, September 2012) and a co-author of Innovating in a Service-Driven Economy: Insights, Application, and Practice (Palgrave McMillan, November 2015).