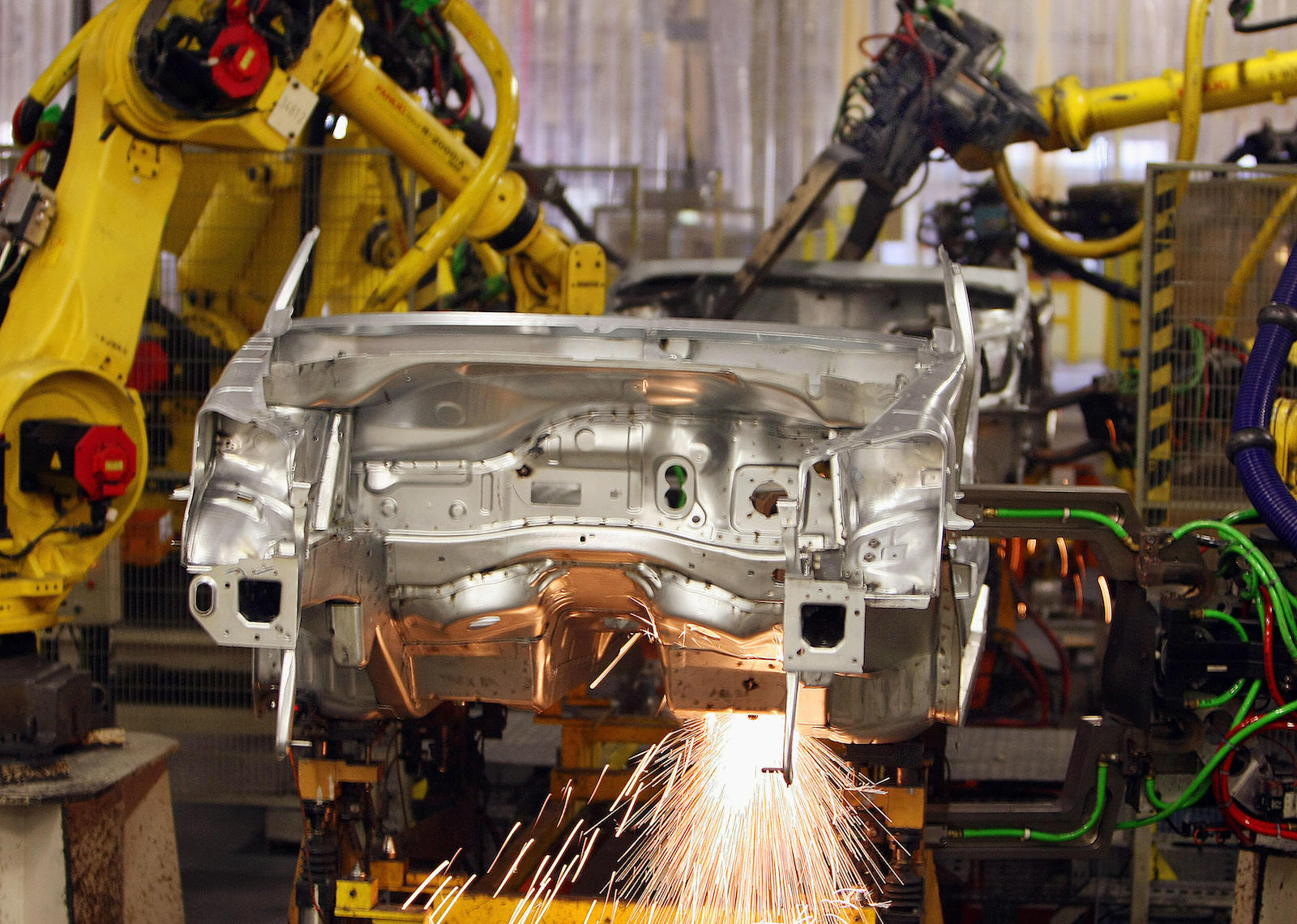 Robots welding at the assembly line of the French car maker Peugeot/Citroen in Brazil. Artificial intelligence offers a chance for the Latin America's economies to leapfrog to greater innovation and economic progress.

E-commerce firms have faced a conundrum in Latin America: How can they deliver packages in a region where 25% of urban populations live in informal, squatter neighborhoods with no addresses?

Enter Chazki, a logistics startup from Peru, which partnered with Arequipa’s Universidad San Pablo to build an artificial intelligence robot to generate new postal maps across the country. The company has now expanded to Argentina, Mexico and Chile, introducing remote communities and city outskirts to online deliveries.

That’s just one example of how machine learning is bringing unique Latin American solutions to unique Latin American challenges. Artificial intelligence and its correlated technologies could prove a major boon to the region’s public and private sectors. In turn, its policymakers and business leaders have to better prepare to take full advantage — while warding off potential downsides.

Latin America has long been the victim of low productivity — and the COVID-19 pandemic is predictably making matters worse. Now, artificial intelligence is a chance for the region’s economies to leapfrog to greater innovation and economic progress. Research suggests that AI will add a full percentage point of GDP to five of South America’s biggest economies — Argentina, Brazil, Chile, Colombia and Peru — by 2035.

Artificial intelligence could play transformative roles in Latin America for just about every sector, according to the Inter-American Development Bank (IADB). That means using AI to predict trade negotiation outcomes, commodity prices and consumer trends, or developing algorithms for use in factories, personalized medicine, infrastructure prototyping, autonomous transportation and energy consumption.

Expect the trend to continue in the near future. An MIT global survey of senior business executives worldwide found that, by the end of 2019, 79% of companies in Latin America had launched AI programs. The results have been positive; fewer than 2% of respondents reported that the initiatives made lower-than expected returns.

Another key factor is public acceptance of AI and automation. Thus far, Latin Americans are ahead of the curve in embracing the future, with another recent poll showing that 83% of Brazilian consumers said they would trust banking advice entirely generated by a computer, compared to a global average of 71%.

In a region that suffers from endemic corruption, pervasive violence, weak institutions and challenging socioeconomic conditions, governments, policymakers and organizations can use AI to tackle critical issues in the region, including food security, smart cities, natural resources and unemployment.

In Argentina, for example, artificial intelligence is being used to predict and prepare for teenage pregnancy and school dropout, as well as to outline unseen business opportunities in city neighborhoods. In Colombia and Uruguay, software has been developed to predict where crimes are likely to occur. In Brazil, the University of São Paulo is developing machine-learning technology that will rapidly assess the likelihood that patients have dengue fever, Zika or chikungunya when they arrive at a medical center.

At a time when public support for democracy in Latin America is flailing, AI could help come to the rescue. Congressional bodies across the region could use AI to boost the transparency and input of the legislative process. Indeed, the Hacker Laboratory, an innovation lab within Brazil’s Chamber of Deputies, is using AI platforms to facilitate interactions between lawmakers and citizens.

AI is not risk-free, of course. Elon Musk called AI humanity’s “biggest existential threat,” and Stephen Hawking said it “could spell the end of the human race.”

Apocalyptic scenarios aside, the immediate danger of AI in Latin America is unemployment and inequality. The Inter-American Development Bank (IADB) warned in a 2018 study that between 36% and 43% of jobs could be lost due to artificial intelligence as a result of automatization. Indeed, Latin America’s governments must be prepared to set up guardrails and implement best practices for the implementation of AI.

Several governments in the region have already announced AI public policy plans. Mexico was one of the first 10 countries in the world to create a national AI strategy. Meanwhile, Brazil launched a national Internet of Things plan, which includes the country’s commitment to a network of AI laboratories across strategic areas including cybersecurity and defense. Chile is coordinating with civil society groups and experts to adopt its own AI plan.

Move aside, Mercosur! Governments in Latin America might also find that machine learning strengthens regional ties. That means harnessing AI to crunch data on trade flows and rules, find areas of consensus in multilateral negotiations, or create algorithms for regional trade. After all, AI models have a 300% greater predictive capacity than traditional econometric models, according to the Inter-American Development Bank.

Beyond competing national plans for AI, Latin American leaders should be drafting a strategy that is specific to its region — much like the European Union is doing. A key takeaway from the recent UNESCO Regional Forum on AI in Latin America and the Caribbean was that “the technology must develop with respect to universally recognized human rights and values.”

In 2021, artificial intelligence could generate almost $3 trillion in business value and 6.2 billion hours of productivity worldwide. Latin America is rightfully jumping onto the bandwagon — and has the potential to lead the parade in some areas.

To make full use of what could be a transformational productivity revolution for the region, government and business leaders must pump more resources into technology planning and education. The implementation of AI must improve, not accelerate, the region’s inequity.

Amy Gallo Contributing Editor at Harvard Business Review
URL: https://www.brinknews.com/latin-americas-growing-artificial-intelligence-wave/
Get ahead in a rapidly changing world. Sign up for our daily newsletter. Subscribe
​​