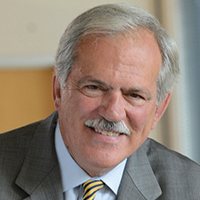 Paul S. Grogan
President and CEO of the Boston Foundation 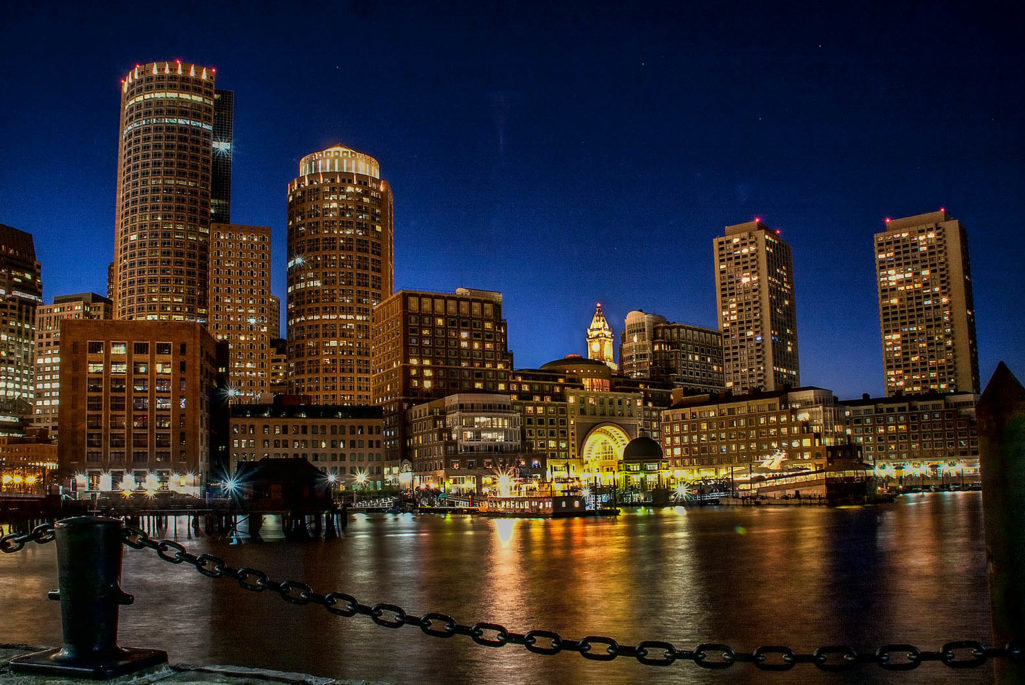 While the latest census numbers confirm that in aggregate, Americans are continuing their decade’s long march to the suburbs, there’s no denying that we live in an age of urban renaissance. While it is not a universal phenomenon, many cities are highly desirable places to live, enjoying low crime rates and an influx of jobs and people. This is an astonishing reversal after decades of urban decline that began after World War II.

Boston was a full participant in these years of urban crisis. I came to Boston in 1975 (the same year New York City nearly went bankrupt) to be speechwriter for Mayor Kevin White. The city was in rough shape; neighborhoods that are now expensive teetered on the edge of chaos. The city hemorrhaged nearly a third of its population between 1950 and 1980. Hollowed out by white flight and underinvestment, Boston struggled under a cloud of pessimism.

As an emblem of this pervasive pessimism, I remember when Mayor White first proposed redeveloping Faneuil Hall and Quincy Market. Boston’s local financiers thanked the Mayor for his pluck and dedication to the city but politely showed him the door. Fortunately, the now iconic piece of Boston’s downtown was eventually financed from international sources.

What a different story today. Greater Boston is an economic dynamo with the 4th highest GDP per capita in the world for a metro area and the 5th lowest unemployment rate in America. The city has experienced a stunning renaissance in a relatively short period of time.

An important reason for Boston’s comeback is that the knowledge economy favors our city’s assets. Greater Boston is home to 13 teaching hospitals and 74 institutions of higher education, some of which are among the most prestigious in the world. This unique constellation of institutions makes our city a magnet for capital, jobs and people.

In particular, Boston is a haven for young, highly educated people. Boston has the highest concentration of 20-to-34-year-olds of any large city in America, and 65 percent of Boston’s young adults have a bachelor’s degree or higher.

Clearly, a major component of Boston’s success is the good fortune of having so many institutions that are highly valued in the knowledge economy. But there is more to the story than that. A series of policy decisions helped make this change possible.

First, Boston made some smart investments in the urban core, none more prominent than the Big Dig. While plagued by cost overruns and eight years late, this $15 billion dollar public works project fundamentally transformed the city.

In place of a hulking elevated expressway, Boston now has 300 new acres of parks and open space and a wave of new development downtown.

In addition to such high profile projects, Boston has a remarkably strong neighborhood development ecosystem, which includes 24 Community Development Corporations. These are locally based, grassroots institutions that produce housing, develop commercial property and provide social services for neighborhood residents. Since 1972, Boston’s CDCs have produced over 12,000 units of affordable housing and approximately 2 million square feet of commercial space. Local Initiatives Support Coalition (LISC), a national organization that steers private and public resources into community development, has been integral to these efforts. Low-income neighborhoods in Boston do not have the blight you see in other American cities largely because of their work.

For many American cities, the struggles Boston went through are not a distant memory, but a pressing modern reality.

Another major component of Boston’s renaissance is dramatic drop in violent crime. This is consistent with the nationwide trend, but what makes Boston somewhat atypical is a deliberate effort by the police and community organizations to forge a positive relationship and collaborate on initiatives to reduce violence. This exemplary model of community policing helps explain why Boston does not have widespread unrest around police tactics.

It is important that we recognize that Boston’s success story is somewhat of an outlier and certainly not indicative of broad based urban revival. On the contrary, our cities have been sorted into two starkly different camps.

For many American cities, the struggles Boston went through are not some distant memory but a pressing modern reality that requires creativity and leadership as these places determine how they can draw in more people and investment.

Thriving cities, however, are experiencing unfavorable side effects of their success: soaring income inequality, a rising cost of living, and in particular, a severe shortage of affordable housing.

Some metros risk becoming a haven for only the very rich and very poor. Middle-class families that cannot afford market rate housing but make too much money to qualify for subsidies will flee, and the evidence shows us that they are. The number of middle-income families declined in Boston by 3 percent between 2000 and 2013, even as the population grew by 10 percent.

It’s difficult to imagine a way out of this problem without dramatically increasing the amount of housing, particularly multi-family housing in the urban core. A major challenge here is that homeowners are economically incentivized to oppose new housing construction as a housing scarcity makes their homes more valuable. Substantial political will is required to make progress on this issue.

Another perennial challenge is the state of urban public education. This issue predates the spectacular run up of urban inequality, but it is no less pressing. While we’ve made major progress as a city over the last few decades—graduation and college completion rates for students of Boston Public Schools are at all-time highs—the status quo fails far too many children. According to the state, half of Boston’s schools are considered “under-performing.”

One promising innovation in this space is the charter school movement. While the performance of charter schools nationwide varies dramatically, Massachusetts charters operate under a strict regulatory regime, and are among the highest performing in the nation. Boston’s charter schools continue to demonstrate stunning gains in student achievement, particularly for students of color. However, charter schools have become highly politicized, and in Massachusetts, charter opponents succeeded in capping their growth. Similar to the challenges with housing, powerful entrenched interests reject changes to the status quo.

A more recent issue to come to the forefront is immigration, in particular how cities should respond to a new administration intent on installing stricter immigration policies. Here in Boston, we’re deeply concerned about these polices.

The story of our comeback is very much a story about immigrants. Without immigrants, Boston’s population would be largely unchanged from 1980. Today, immigrants power key industries in Boston’s economy and account for over $25.9 billion in GDP and $1.5 billion in state and local taxes. Simply put, there would have been no Boston renaissance without immigrants. A crackdown on immigration could hamper otherwise economically vibrant cities.

As we contemplate the summation of these challenges, the outlook for Boston is still positive. However, complacency would be a mistake because for cities there is no such thing as permanent success or permanent failure. In 1960, the same year that Boston was is midst of its deep slump, Detroit was the wealthiest city in America on a per capita basis.

But even for the beleaguered Motor City, still emerging from bankruptcy, there are signs of life. Startups and artists trickle into downtown. Even as the city continues to lose residents, Detroit saw an astounding 78 percent increase in educated millennials in the urban core between 2010 and 2015, a trend that was also apparent in St. Louis, Pittsburg and Cleveland. They just might turn the page on America’s next great urban chapter.

President and CEO of the Boston Foundation

Paul S. Grogan serves as president and CEO of the Boston Foundation.  He is the founder of  “CEOs for Cities,” a global learning community dedicated to making cities successful as well as the co-author of the book, Comeback Cities.

Rupert Watson Head of Asset Allocation, International Ex-Pacific at Mercer Rachel Volynsky Chief Investment Officer at Mercer
URL: https://www.brinknews.com/new-challenges-for-comeback-cities-boston-case-study/
Get ahead in a rapidly changing world. Sign up for our daily newsletter. Subscribe
​​