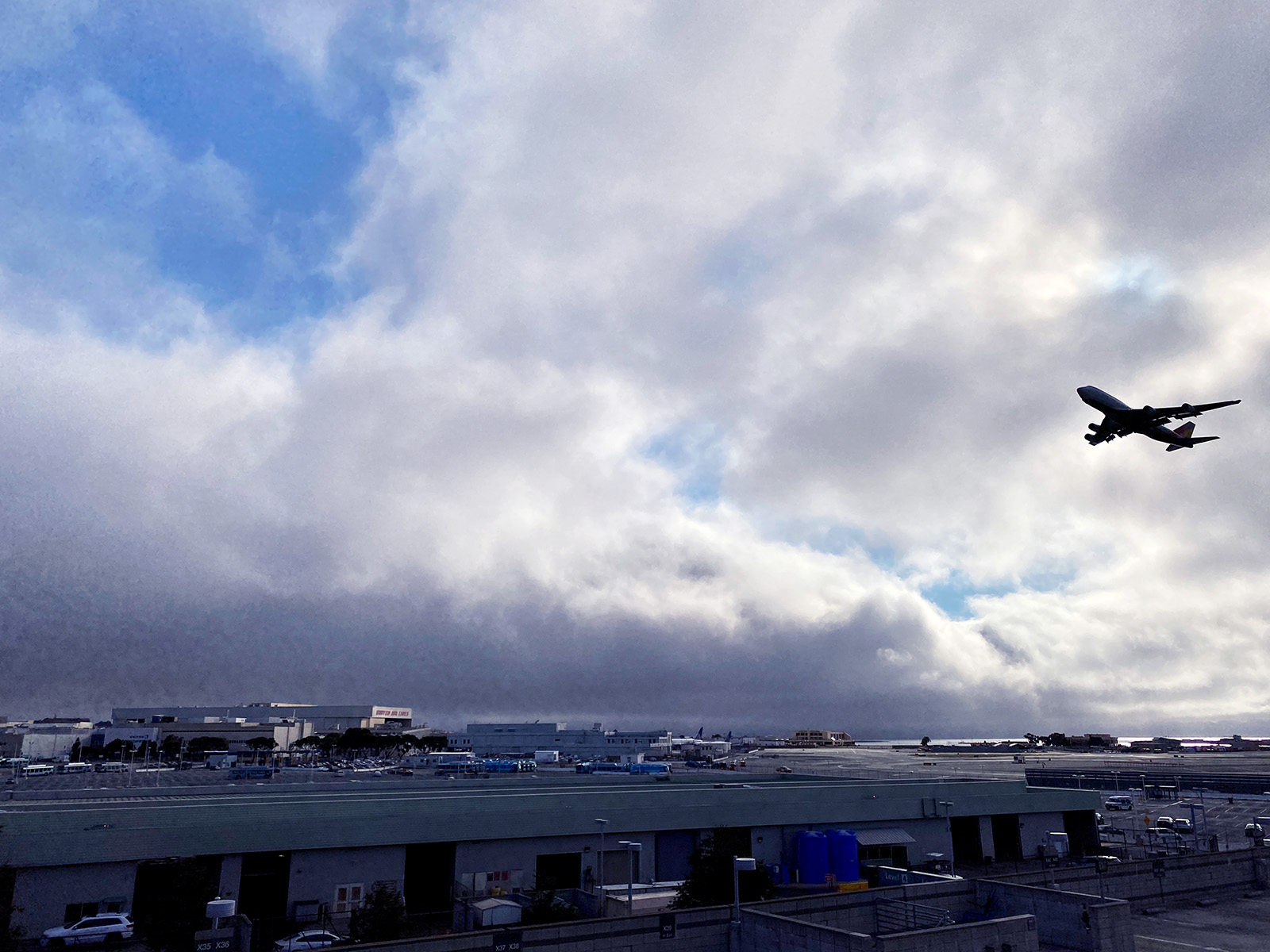 A plane takes off from a San Francisco airport in August 2020. As a result of COVID-19, the regional industry in North America will be required to adapt and evolve.

As a result of COVID-19, the regional industry in North America will be required, once again, to adapt and evolve. What this means for the connectivity of small communities to the world passenger air transportation system remains to be seen.

In Europe, Trains Offer an Alternative to Short-Haul Flights

This is much less of a problem in Europe and Japan, where good rail services offer alternative options for travel. In a recent study by UBS, as reported by Simple Flying, the investment group cited that high-speed rail has seen notable successes against short-haul flights in recent years, with Eurostar’s cross-channel routes halving air travel demand.

French rail operator SNCF has teamed up with its Swiss and Italian counterparts to take on the airline’s short-haul flights out of Switzerland. More partnering with rail in Europe is expected.

In the U.S., there is virtually no rail to partner with.

The Opportunity in Smaller Markets and Regional Flights

After the financial crisis of 2008-09 led to massive losses and industry shrinkage, it took the airlines nearly a decade to start growing by more than the level of GDP increases. As airlines started to add capacity with gusto starting in 2015, a disproportionate share went to large markets. But while the airline industry was reluctant to put new capacity into smaller markets, they were seeing growth in terms of population and economic output. Smaller metropolitans were enjoying improved economic conditions from the most robust business cycle in American history.

In recent years, regional flights have been profitable, thanks to business travel, a rise in population in midsized cities and the low cost of jet fuel. And as smaller airplanes come of age, the capital cost of the aircraft has come down significantly.

But with no replacement for 50-seats and less aircraft on the drawing board, the future of the regional airline industry in North America is challenging — and after the Boeing MAX issue, getting a new technology approved in the short term is not likely.

Airlines around the world have settled into three primary route network models:

Nowhere in the world do commuter and regional airlines play the revenue-generating role within a network like they do in the U.S. and Canada. For example, in 2019 at Delta Air Lines’ hub in Atlanta, regional airlines carried 7.4 million passengers to the hub airport from disparate small communities included in the airline’s network.

This traffic accounted for 7.8% of Delta’s 2019 traffic at Atlanta. At American Airlines’ hubs at Dallas-Ft. Worth and Charlotte, traffic from these small communities account for 10% of the airline’s traffic at each hub. 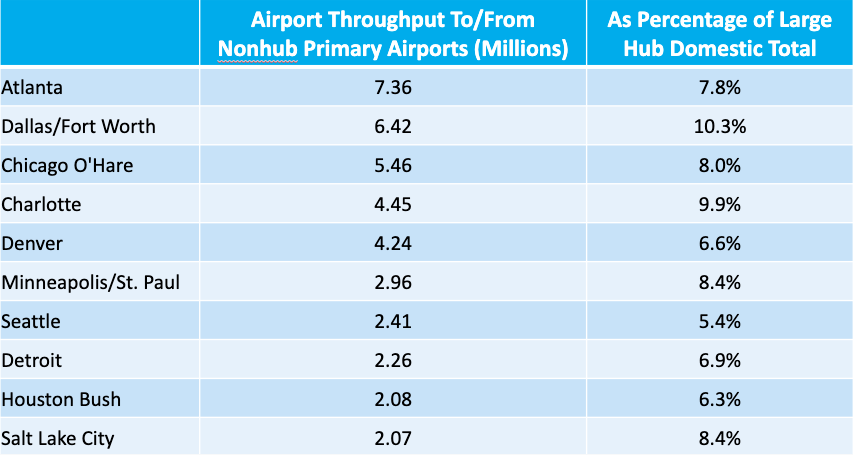 The regional airlines in the U.S. have been the lifeline of small communities needing to access the global commercial aviation grid. The Regional Air Service Alliance in the U.S. estimated that small community air service contributes more than $130 billion in economic activity every year. The point that cannot be quantified is the civic pride a community has in having commercial air service as it is a necessary ingredient to attracting more business.

Airline service to many of these smaller communities is primarily business-oriented as the service brings vendors, suppliers and buyers to a local plant or business. There is simply not enough revenue from leisure passengers alone to sustain regional networks. A major question for the network carriers is: When will business traffic and associated revenue return since business revenue is the lifeline for the network carriers?

In this economic abyss that the airline industry finds itself in, the question for the network carriers will be: Just how much regional service is needed to feed traffic from small communities to hubs offering less connectivity? As of July 2020, only 40% of 2019’s small community traffic flows can be accommodated based on the network carrier’s schedule offerings that have been decimated because of COVID-19. Two regional airlines in the U.S. have discontinued service over the past four months.

The bottom line is that small community air services need access to big networks to be financially sustainable. To survive, the regional airline industry will once again have to adapt and evolve to an industry that has less scope and scale.

William Swelbar is the chief industry analyst for the Swelbar-Zhong Consultancy, a commercial aviation economic analysis and research firm that specializes in issues emanating from structural change in the airline industry. Swelbar has been a research engineer in the Massachusetts Institute of Technology’s International Center for Air Transportation since 2006.

D. Brian Blank Assistant Professor of Finance at Mississippi State University Rodney Ramcharan Professor of Finance and Business Economics at the University of Southern California
URL: https://www.brinknews.com/regional-airlines-adapt-evolve-or-die-coronavirus-economy-covid-19-market/
Get ahead in a rapidly changing world. Sign up for our daily newsletter. Subscribe
​​