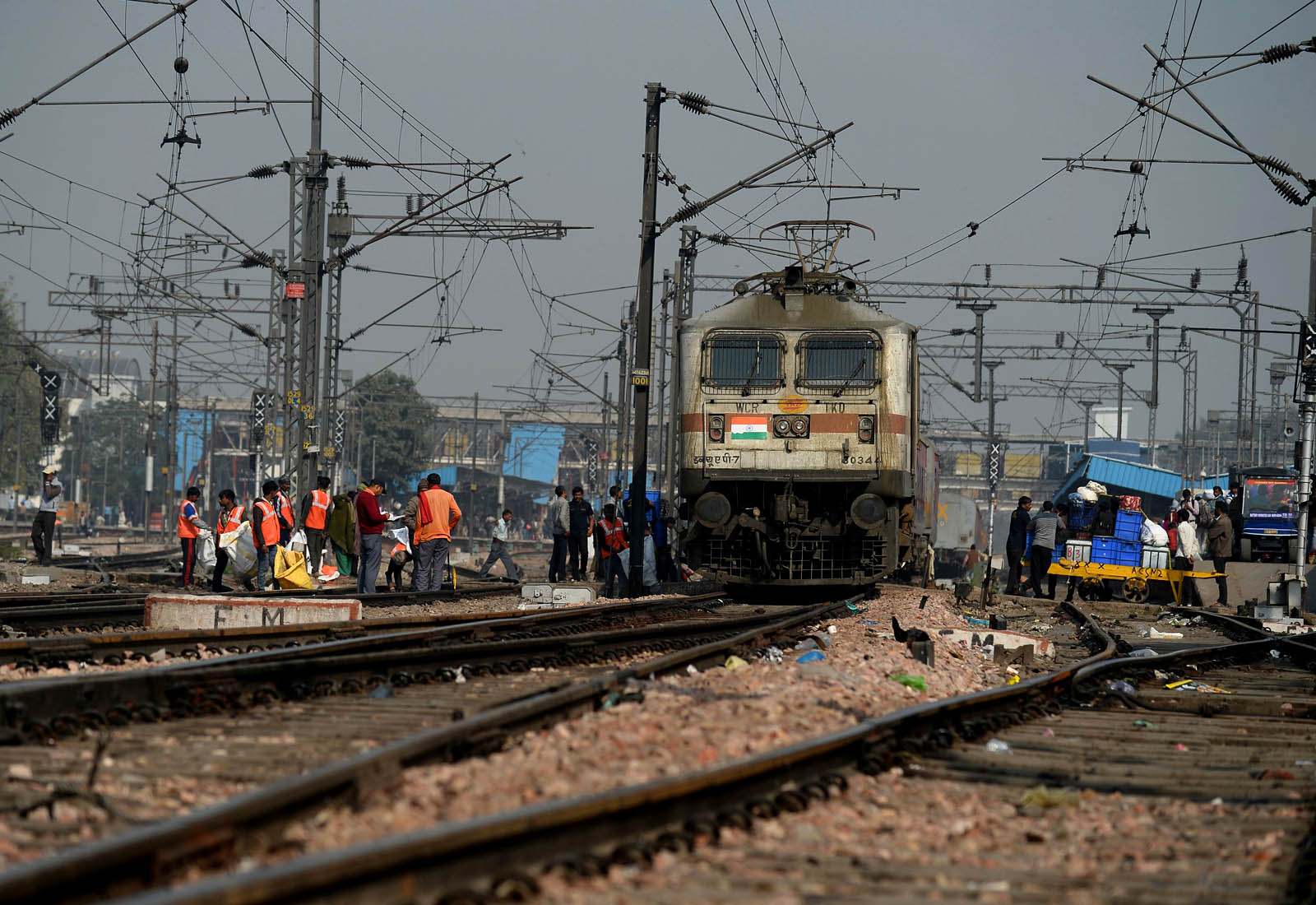 A train leaving New Delhi station, February 2018. As part of its drive to improve transport infrastructure, the Indian government has significantly scaled up its roads and railway expenditure.

The South and Southeast Asia region (SSEA) is embarking on many of the world’s most intensive infrastructure projects. To address power deficits and improve electrification, utilities are scaling up—with developing countries in the region expanding their airports, ports and highway networks.

The Asian Development Bank estimates that the South and Southeast Asia region will spend a total of $9.5 trillion on infrastructure between 2016 and 2030.

The Asian infrastructure market remains characterized by elevated spending and ambitious plans. In this respect, India and Indonesia are leading the field. India’s capital expenditure (capex) remains high as the country addresses its across-the-board infrastructure deficits, while Indonesia’s infrastructure spending is expected to increase by 47 percent for our rated companies between 2018 and 2020, against the previous three-year period.

Similarly, SOEs are the main players overseeing India’s infrastructure upgrades. In particular, there is strong demand in transportation infrastructure. Disputes and payment delays in recent years have dissuaded the private sector from projects such as toll road construction. So, to compensate for muted private sector participation, the Indian government has significantly scaled up its roads and railway expenditure. Elsewhere, high investment in renewable generation also continues—helping the sector to become poised for strong growth, albeit from a low base.

Enjoying a proven and, in some respects, unique regulatory framework that allows returns on projects still under construction, Singapore’s power spending will upgrade existing infrastructure while also addressing the grid’s future requirements.

Singapore’s government is expected to increase spending to upgrade the country’s transportation infrastructure, too. Expenditure will be focused on modernizing ageing facilities, including the metro rail, and expanding the island state’s airport and ports, thereby easing domestic and global trade. Among the marquee projects is the inter-country, high-speed rail network connecting Singapore and Malaysia, which remains in a planning phase. Meanwhile, we see moderate increases in capital spending, notably in the power sector. However, that may be where the similarities end: Both have divergent regulatory and competitive trends.

There are unprecedented incentives for South and Southeast Asian governments to significantly support the burgeoning infrastructure sector.

Malaysia and the Philippines

Malaysia recently retained its tariff schedule for utilities, which provides visibility over cash flows for the next two years.

By contrast, regulatory uncertainty continues in the Philippines—with tariff review delays lasting nearly three years. In turn, public-private partnerships, which were previously encouraged, have fallen by the wayside and have since been replaced by government-led infrastructure spending. The country thereby remains the region’s wild card: Capex could increase drastically should the government succeed in implementing its $180 billion “Build, Build, Build” agenda, a spending plan equivalent to 7 percent of national GDP.

Comprising highly ambitious and capital-intensive projects, SSEA’s infrastructure pipeline is brimming. We expect average revenue growth for rated SSEA infrastructure and utilities to sit between 4 and 6 percent between 2018 and 2020.

Of course, with ambition comes some risk: For the region’s biggest spenders, India and Indonesia, cumulative capex for rated companies will exceed $25 billion by the end of 2020. Capex, therefore, is among the key determinants for credit ratings of the region’s infrastructure companies.

As such, those companies boasting balance sheets able to withstand higher spending—or those operating in sectors with stronger regulatory controls—should see their credit profiles fare better. We would therefore expect companies in Singapore, Malaysia, Thailand and the Philippines to maintain stronger credit profiles and lower leverage than their Indonesian and Indian peers. Nevertheless, we expect Indian majors to deleverage due to rising cash flows; while sharp increases in capex could weigh on the balance sheets of Indonesian players.

As infrastructure gaps narrow, there is also a risk that credit profiles could widen. Divergent regulations by jurisdiction and by sector may leave highly leveraged companies vulnerable to regulatory surprises—not to mention other stresses, such as rising interest rates and lower-than-expected revenues.

Across the region, we believe infrastructure majors with ratios of debt to EBITDA (earnings before interest, tax, depreciation and amortization) in excess of 5.5 times could face financial pressure. This could place some of Indonesia’s infrastructure majors in troubling waters: The average ratio of debt to EBITDA could rise above 6.0 times by the end of 2020. And, during the medium to long term, majors could also see risks from industry disruption and technological advancements, although these could result in opportunities too.

That said, the region’s substantial infrastructure investments should support the SSEA region’s growth and development. The emergence of a more supportive and consistent regulatory environment in the future can result in stronger infrastructure majors.

Given the increasing involvement of SOEs in developing infrastructure in these economies, there is an unprecedented incentive for governments to ensure the strength of both the infrastructure sector’s supporting regulatory frameworks and the financial health of market participants. It follows, then, that strong regional infrastructure majors could emerge in the future.

Abhishek Dangra is a director in S&P Global Ratings‘ Asia Pacific Corporate Ratings team. Based in Singapore, he is the lead analyst for Corporates in South Asia and Infrastructure across South and Southeast Asia.

Mark Campanale Founder and Executive Chair of The Carbon Tracker Initiative
URL: https://www.brinknews.com/south-and-southeast-asias-infrastructure-steps-up/
Get ahead in a rapidly changing world. Sign up for our daily newsletter. Subscribe
​​