The ASEAN Opportunity for European Businesses 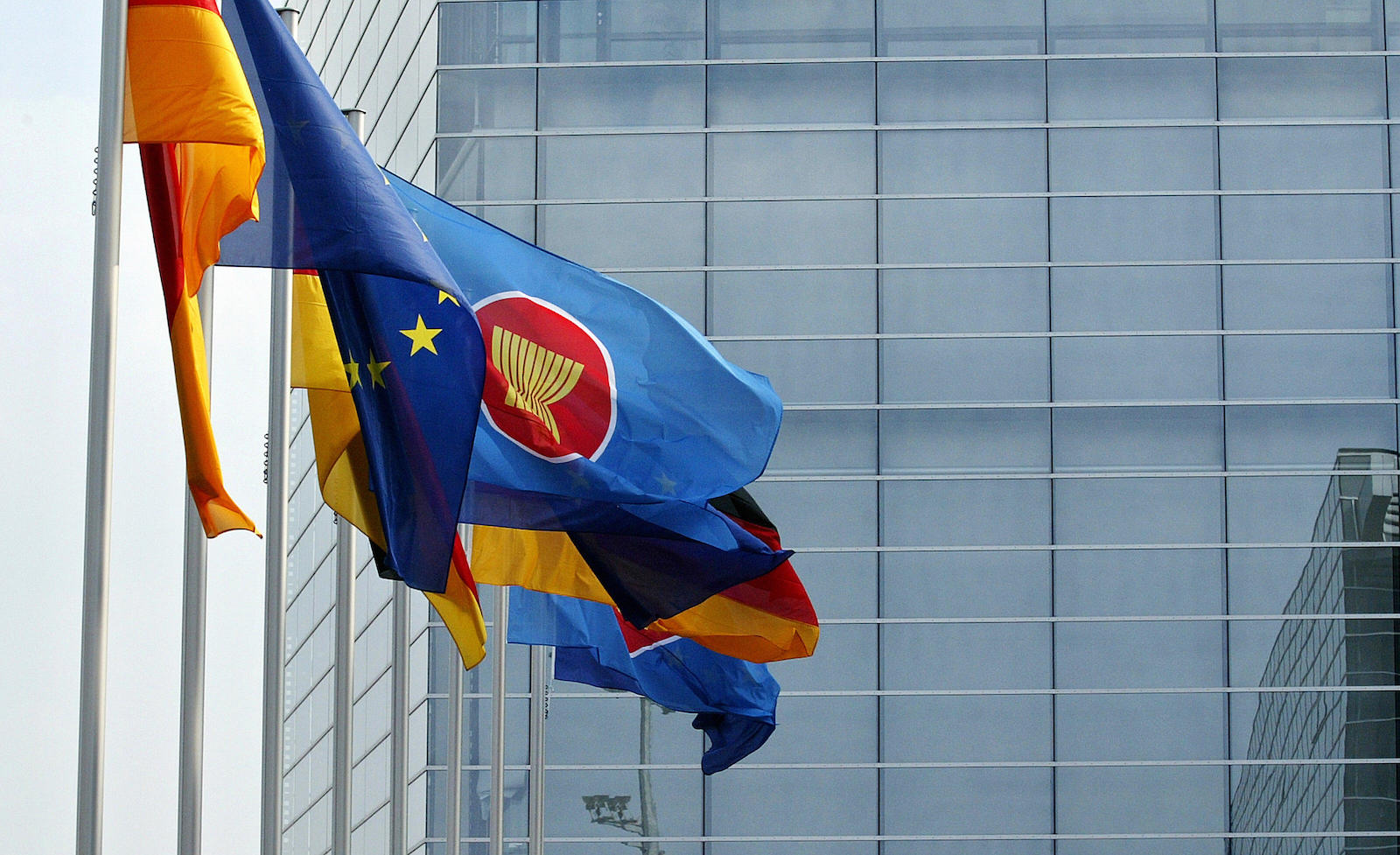 EU and ASEAN flags wave in Germany. European companies are largely positive that their profits in ASEAN will increase in 2018.

European companies with an ASEAN presence are more positive about the general business climate in the region now than a year earlier, and according to a majority, the ASEAN region’s relative importance to their global revenues has increased over the past two years.

In fact, according to a recent report by the EU-ASEAN Business Council (EU-ABC), 75 percent of European businesses strongly feel that the relative importance of ASEAN will continue to increase over the next two years and that the ASEAN region offers the greatest opportunities globally. But there is growing frustration over the slow implementation of the ASEAN Economic Community (AEC) and the growing number of nontariff barriers to trade in the region.

The frustrations notwithstanding, European companies are also largely positive that their profits in ASEAN will increase in 2018.

In terms of the business environment and outlook, an overwhelming 99 percent of respondents expect to increase or maintain their present levels of trade and investment in ASEAN over the next five years. Most organizations based their expansion plans primarily on the presence of adequate laws and regulations that protect and encourage foreign investment. The availability of skilled labor is an added benefit that is ideally complemented by a diverse customer base.

Additionally, reasonably low production costs are an encouraging factor. In 2018, 72 percent of companies surveyed say they expect profit increases in the region. And 51 percent see ASEAN as the region with the best economic opportunity globally. In fact, more than half the respondents accorded higher priority to ASEAN than China in terms of the economy with the best opportunities over the next five years.

European businesses in ASEAN have extended strong support toward a region-to-region trade deal between the EU and ASEAN. The deal will encompass bilateral trade, which, in 2017, accounted for 227 billion euros ($262.5 billion) in goods alone or 13 percent of ASEAN’s global trade. An estimated 90 percent of respondents maintain that a region-to-region deal would be more beneficial in comparison to a series of bilateral free-trade agreements with individual ASEAN member states.

The manufacturing sector, in particular, feels greatly disadvantaged by the lack of an EU-ASEAN FTA. In 2017, 55 percent of businesses surveyed believed that they were faced with a competitive disadvantage due to the absence of an EU-ASEAN FTA. Only a year hence, an overwhelming 73 percent now feel the same way. Almost all respondents (98 percent) believe the EU should accelerate negotiations on FTAs with the ASEAN region.

The proposed Regional Comprehensive Economic Partnership (RCEP) trade agreement is a key development involving ASEAN and its existing six FTA partners (Australia, New Zealand, Japan, South Korea, China, and India). Although negotiations are still underway, 52 percent of European businesses perceive it as being advantageous to their businesses in ASEAN—an increase from 31 percent in 2017.

There is increased awareness of trade and economic integration issues that affect ASEAN. However, only 12 percent feel that ASEAN has fulfilled its goal of a single market and production base, and only 42 percent responded that ASEAN economic integration has yielded a positive impact on their business. Awareness about the AEC has increased significantly—from 36 percent in 2017 to 47 percent in 2018. Yet, 54 percent of respondents felt that the AEC implementation process was too slow.

According to the report, “a lack of progress on the simplification of customs procedures for intra-ASEAN movement of goods, on the harmonization of standards across the region, and on the removal of nontariff barriers to trade, were cited as the main reasons for the failure to achieve the single market and production base.”

Given that 85 percent believe that further ASEAN economic integration will be important to their businesses, up from 71 percent in 2017, many expectations are pinned on the full implementation of the AEC.

The majority of European businesses see ASEAN as a dynamic region with significant upsides, despite the slow progress toward the AEC.

ASEAN is viewed as a region where companies can set up manufacturing and production bases with relative ease and trade with the rest of the world, particularly given the region’s relevance to global supply chains. Two key factors contributing to this are the region’s favorable geographic location and the still relatively low costs of production.

However, as pointed out by EU-ABC Executive Director Chris Humphrey, the survey clearly shows that “European businesses want the AEC and see its benefits but are becoming frustrated at the slow pace of implementation and the rising number of nontariff barriers to trade.”