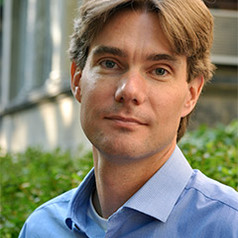 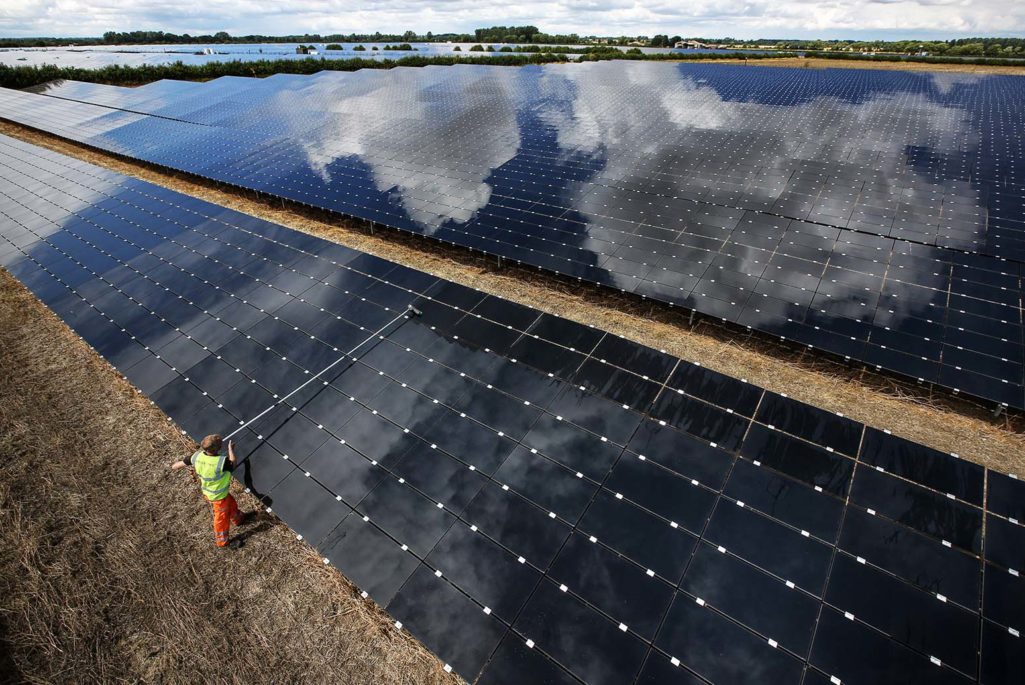 The Green Climate Fund could involve expanding wind and other forms of clean energy production, like this solar farm seen near Abingdon, England, in developing nations. The 46 megawatt installation can power 14,000 homes.

In the run-up to the Paris climate change conference, there is much focus on countries’ voluntary commitments to reduce greenhouse gas (GHG) emissions (their so-called Intended Nationally Determined Contributions). These are, of course, a significant aspect of any global effort to address the climate change threat.

Another critical policy issue that is at the center of the Paris agenda is an age-old one: money. Going into the negotiations, there is a goal to scale up existing efforts toward providing $100 billion a year to support climate change action, primarily in developing countries, by 2020. Ideally, these efforts should also contribute to long-term sustainable development.

Many Paris financing debates will focus on how to most appropriately use the recently created Green Climate Fund (GCF), the new main multilateral vehicle for helping developing countries to lower their GHG emissions and adapt to the effects of climate change.

However, there remain significant questions about how the GCF will function, how it will operate alongside other organizations and how effective the overall financing system may be. Indeed, the unresolved money question was front and center in the just-concluded Bonn talks, which were intended to pave the way for a Paris agreement.

How Will It Work?

One of the few positive things that came out of the largely disastrous UN climate meeting in Copenhagen in 2009 was the proposal to create a dedicated funding mechanism for climate change mitigation and adaptation under the United Nations Framework Convention on Climate Change. The reasoning behind the GCF is that wealthy countries, which grew their economies by burning fossil fuels, have a moral obligation to help poorer countries that, in many cases, also are the ones that are impacted the most by a changing climate.

GCF activities are supervised by a 24-member board consisting of an equal number of representatives from industrialized and developing countries. Based in South Korea, the GCF channels funds for individual projects through accredited institutions.

It remains unclear what the full range of projects that the GCF will support will be, but mitigation initiatives could involve expanding wind and other forms of clean energy production; improving energy efficiency in goods, manufacturing and buildings or better forest protection.

Adaptation projects might include enhancing the resilience of urban areas to withstand sea level rise and extreme weather events as well as the expansion of adaptive agricultural practices. Many such adaptation projects would prioritize the most vulnerable: many African countries, least developed countries and low-lying island states.

The GCF also seeks to develop its Private Sector Facility to leverage greater investments by commercial banks, funds and firms. Such public-private partnerships could, for example, assist in growing markets for affordable energy-efficient products, accelerate investments in solar and other renewable energy technologies, or develop new market-based methods and tools that help farmers cope with changing temperature and precipitation patterns.

GCF support will likely come in forms of loans, grants and structural insurance. Most projects are expected to involve co-funding; the GCF puts up some of the required funds, with the partner institutions providing the rest.

It is not as simple as just providing money. For developing countries, the notion of “additionality” is central to international climate change debates around financing. They have long feared that rich countries will simply redirect resources already committed to development assistance toward new forms of environmental projects.

Developing countries believe that additional financial resources must be made available for climate change projects; however, they argue that the creation of a new financial organization such as the GCF should not come at the expense of existing ones dedicated to other environment and development issues. Instead, more resources should be added to the system.

Many advocacy groups and developing countries argue that the GCF and other funding mechanisms should operate based on donor countries being required to provide contributions based on their relative share of the global economy. In contrast, donor countries, which do not want to make such binding commitments, prefer a system of voluntary donations. And as of right now, the GCF is entirely dependent on governments freely deciding how much money, if any, they want to give.

As of mid-October, 37 countries had made financial pledges to the GCF, totaling $10.2 billion, but only a little over half of these funds have yet been made available (the pending amount includes a $3 billion pledge by President Obama in November 2014).

The GCF has received a first set of 37 funding proposals for major projects valued at $1.5 billion from public and private sector entities. Requests included proposals in the areas of water access, disaster preparedness, land-use management, energy efficiency and small-scale renewables. The bulk of the funding proposals were requests for grants rather than loans.

To mobilize $100 billion/yr for climate action in 5 years, funds must come from a range of public/private sources.

Will It Be Enough?

To mobilize $100 billion a year for climate change action five years from now, it is clear that funds must come from a wide range of public and private sources, and they will be run through many different organizations, including (but not only) the GCF. Also, $100 billion dedicated to developing countries may sound like a lot of money. Yet, even this large (and largely arbitrary) number is not enough to cover all climate change-related investment needs.

In 2011, the World Bank estimated that it will take up to $100 billion a year to merely adapt to a warming world, even if we meet the target of limiting global average temperature increases to two degrees Celsius (a target which we are very likely to exceed, thereby further increasing adaptation costs).

Mitigation requires even more resources: The International Energy Agency in 2012 estimated that under a two degrees Celsius scenario, the world’s countries must invest an additional $36 trillion in clean energy by 2050. That is an average of $1 trillion more per year compared with a business-as-usual scenario, a conclusion backed by business advocacy group Ceres.

As countries face these different numbers, debates continue on how much of the money from the GCF and other public sources should be in the form of free grants (sought by recipient countries) versus concessional loans that have terms more beneficial than market loans (preferred by donor countries). Also up for debate is how much money should be channeled through market-based private sector loans and investments.

As many other funding bodies operate in the international arena, there are also tough discussions about what kind of projects beyond those supported by the GCF that should qualify as part of the $100 billion in climate financing. For example, exactly which type of infrastructure and energy projects supported by the World Bank or regional development banks should count? Which private sector projects can legitimately be included?

If left unaddressed, these sorts of uncertainties may lead to creative, and potentially inaccurate, accounting measures to claim victory in fulfilling the $100 billion funding commitment.

The history of international environment and development cooperation is littered with broken aid promises. Donor countries have repeatedly made financial promises they have failed to live up to, including the goal, also articulated through the UN, of spending 0.7 percent of gross national income on assistance every year, established 40 years ago.

The fact that generating funds this time around may also be politically difficult is evident in the efforts by Republicans in the U.S. Congress to block an initial $500 million (of the total $3 billion pledge) contribution to the GCF, as well as hinder other forms of domestic and international efforts on climate change.

At the same time, China made a first commitment in September to spend $3.1 billion toward aiding developing countries. However, these and future funds will not flow through the GCF, but the new China-controlled South-South Cooperation Fund on Climate Change, creating further fragmentation among leading financial mechanisms.

Agreeing on a durable funding solution is central not only to striking a universal deal in Paris, but also to the very future of global climate change action. In addition, future costs of delayed action now will be substantial. In that case, we pass on both higher expenses and much greater risks to future generations.

Henrik Selin conducts research and teaches classes on global and regional politics and policy making on environment and sustainable development. He is the faculty coordinator for the International Relations & Environmental Policy MA program at Boston University. He is also a Faculty Fellow in the Center for the Study of Europe and a Fellow with the Frederick S. Pardee Center for the Study of the Longer-Range Future, Boston University. His most recent book is European Union and Environmental Governance, by Routledge Press, and is also the author of Global Governance of Hazardous Chemicals: Challenges of Multilevel Management by MIT Press.

Yan Ketelers CMO of Venly
URL: https://www.brinknews.com/the-biggest-sticking-point-in-paris-climate-talks-money/
Get ahead in a rapidly changing world. Sign up for our daily newsletter. Subscribe
​​