The Construction Industry Rises to the Plastic Challenge 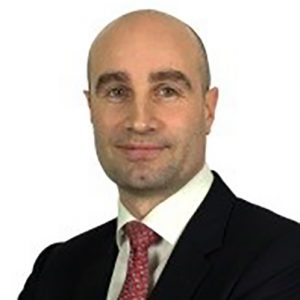 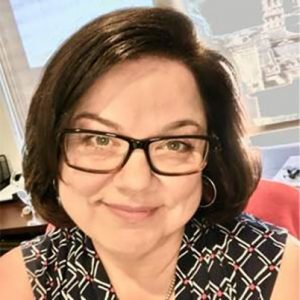 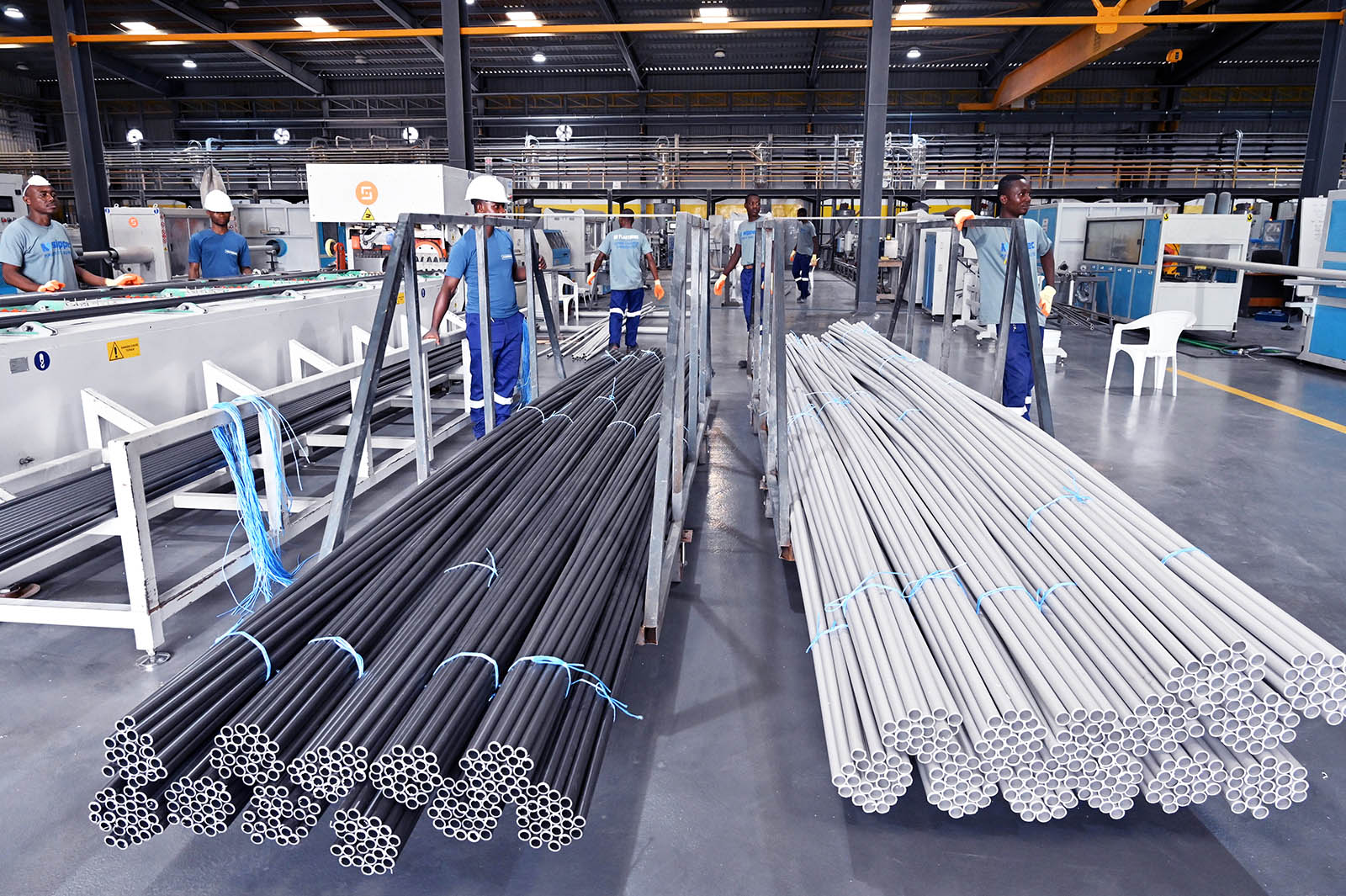 Workers stand in a PVC pipe and construction equipment manufacturing plant in an industrial area of Abidjan. Not all plastics are bad, and consumption within the industry looks set to increase, with plastic pipes, for example, already accounting for most new pipe installations.

As the world wakes up to the environmental challenges posed by massive plastic consumption, the construction industry is reducing its reliance on single-use plastics and increasing its use of recycled plastics.

Plastic items can take up to a millennium to degrade in landfills, but in the near term, the material’s reputation is degenerating at a much faster clip. Heightened awareness of its effects on the environment has prompted businesses and individuals to reassess their relationship with plastic.

As a major consumer of single-use plastic, the construction industry could help to drastically reduce waste by using less and, instead, reusing and recycling more.

The most common plastics used in construction are polyvinyl chloride (PVC), high-density polyethylene and expanded polystyrene. Plastic is used for various applications such as seals, windows and doors, pipes, cables, floor coverings and insulation.

The industry also traditionally uses plastic films for packaging. Where facilities exist and the systems to manage recycling are in place, packaging can be bundled up and incinerated in energy-from-waste plants.

Plastics Are Not All Equal

Not all plastics are bad, and consumption within the industry looks set to increase, with plastic pipes, for example, already accounting for most new pipe installations.

“Contrary to popular belief, it’s important to acknowledge that plastics in construction are often a positive thing,” says Allan Sandilands, principal consultant at the sustainability consultancy Resource Futures. “Many are highly durable, long lasting and permanently installed, so they’re unlikely to become marine litter,” he says.

Additionally, plastics are cost-effective, strong yet light, easily formable and easy to maintain.

“The main challenge in construction is around efforts to segregate, reuse and recycle plastic waste at the end of its life,” states Sandilands. “The benefit isn’t always financially significant — it’s more in terms of corporate social responsibility and commitment to best sustainable practice — so it can be a difficult sell.”

He adds: “From our experience, there has not been a huge drive to tackle single-use plastics in the construction industry in the same way that we’re seeing elsewhere, because it’s insignificant in terms of tonnage compared with other waste streams and doesn’t greatly affect contractors’ bottom lines.”

The need to protect corporate environmental reputation is moving up the risk agenda within the construction industry, believes Donna Thomas, managing director in Marsh’s Energy and Power practice. “There have been high-profile cases where construction projects have caused damage to the environment, or, with projects that have not yet commenced, the public has concerns over the potential for damage; we know these circumstances can negatively affect the reputation of companies involved,” she says.

How Are Companies Taking Action?

Some companies are trying to make a difference, recognizing the reputational benefit of doing so.

In 2019, German developer and builder Diringer & Scheidel Group used recycled plastic in the construction of a 13-story residential tower to save 1,613 tons of concrete and 136 tons in carbon dioxide emissions. The builder used a patented void-former system by Heinze Cobiax Deutschland that uses recycled plastic; essentially, steel-reinforced plastic air bubbles were used to replace up to 35% of reinforced concrete normally required in slabs.

In the U.K., Mace is one of several firms to set targets to reduce its use of plastics, through its “Time to Act” campaign.

In conjunction with clients and the company’s supply chain, Mace takes measures to reduce single-use plastics, including employing reusable shoe covers, a closed-loop system for protective plastic sheeting, and a trial of reusable skip liners for concrete washouts.

Mace has also worked with its mechanical and electrical supply chain to change how it uses plastic in goods — with one supplier of MEP modules and cables reducing single-use plastics in its products — as well as packaging, saving the equivalent of 40 tons of plastic waste a year.

Additionally, Mace has instituted a program of beach and river cleanups everywhere from North America, the U.K. and Ireland to Dubai and Vietnam and has collected an estimated two tons in plastic waste. It is now looking at how to increase its use of recycled materials.

Three Ways to Address Mental Health in the Construction Industry

Called “7:5:3,” the plan tackles 15 plastic categories by banning avoidable single-use plastic items, replacing plastic with alternatives or finding a new use for plastics at the end of their life.

For example, Multiplex switched from plastic mastic tubes to foil mastic tubes at its 200 million pound ($282 million) Principal Tower project in London, saving more than 9,290 single-use plastic tubes and reducing the volume of packaging waste produced by 96%. Small steps like this can make a big difference if performed collectively.

While the international construction sector has a long way to go, firms can be pressed to pay greater attention to plastic waste and materials as nations outline plans to reach net-zero emissions by 2050 under the 2015 Paris Agreement.

Construction firms can examine carbon material databases such as the Inventory of U.S. carbon emissions to gauge carbon levels in different kinds of plastic as a starting point for determining how to reduce consumption in an environmentally friendly manner.

From Consumer Waste to Construction Resource

Waste plastic from consumers has the potential to become an important resource for construction. Some building products — such as pipes and UPVC doors and windows — already include a proportion of recycled material, but new applications in construction are emerging fast.

From an embodied carbon perspective, plastic is far less energy intensive to produce than traditional materials such as concrete and steel, especially when recycled. It also has engineering benefits such as its high strength-to-weight ratio, durability and resistance to corrosion. Combine all those characteristics, and you have an environmentally attractive proposition.

Recycled waste plastic is also being used to reinforce asphalt in road surfaces. MacRebur, a company based in the U.K., makes pellets from plastic waste that melt into the asphalt mix to create a stronger, more crack-resistant road surface.

Bridges are another contender for recycled plastics. The world’s longest recycled plastic bridge, spanning 30 meters, was installed in 2011 across the River Tweed in Peeblesshire, Scotland. There are several in the U.S., too, where the system was pioneered.

The challenge in creating any product from recycled materials is to ensure the quality of the feedstock. That requires changes both in technology and in attitudes — to consider used plastic as a resource rather than waste.

As economies around the world grapple with how to move to a new circular plastics economy, the construction sector is well placed to become an important part of the transition.

Matthew leads the power, metals, and mining team within Marsh’s Construction specialty in London. He has thirteen years of experience in the sector and has been successfully involved in insurance risk advisory work and the placement and subsequent servicing of large construction projects throughout a broad range of territories.

Donna Thomas joined Marsh in 2001 as a client executive/senior client advisor. She is responsible for the design, marketing, implementation, and servicing of property risk management programs for domestic and global power generation and energy clients. Donna is experienced in holistically analyzing the challenges that clients face and assisting them with the formulation and execution of risk management strategies to support their overall business goals.

Bart Édes Distinguished Fellow at Asia Pacific Foundation of Canada
URL: https://www.brinknews.com/the-construction-industry-rises-to-the-plastic-challenge/
Get ahead in a rapidly changing world. Sign up for our daily newsletter. Subscribe
​​