The Current Trade War Is Costing Consumers. Washing Machines Can Help Explain Why. 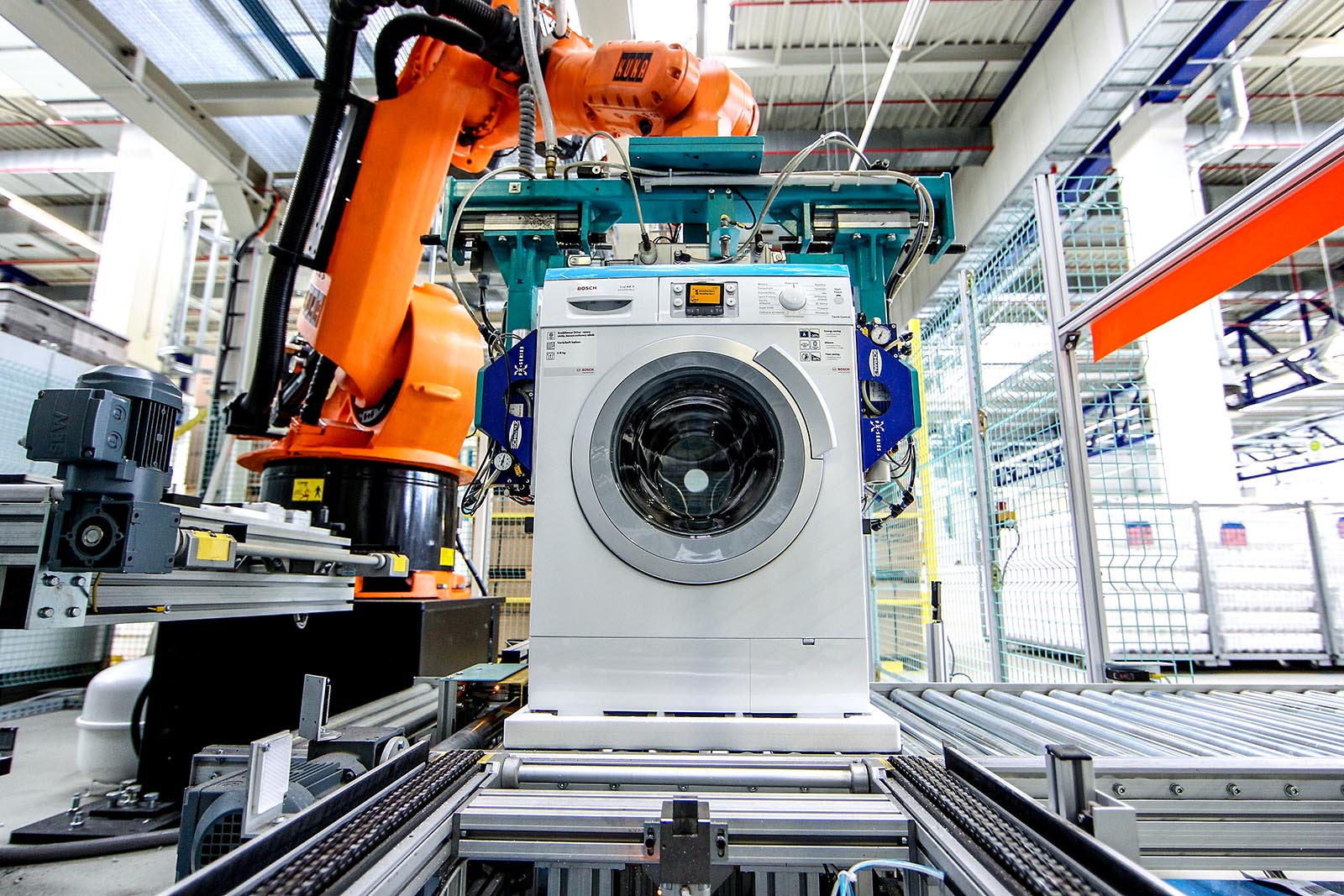 A robot assembles washing machines at a consumer appliances factory in Nauen, Germany. Washing machines offer a good case study of the exact cost of tariffs to consumers.

It can be difficult to assess the actual impacts of tariffs on the economy for a number of reasons. The volume of news about trade in recent months has been near-torrential. Last week alone, President Donald Trump threatened new tariffs on Chinese goods (China promised retaliatory measures immediately after), delayed other tariffs on automobiles and automobile parts, and lifted steel and aluminum tariffs on Canada and Mexico.

It can also be difficult to map the myriad facts and figures of trade policy—say, $300 billion of Chinese goods, or $60 billion in American imports—to the effects of policy. What do these numbers actually mean, in tangible terms?

Now that some time has passed, economists are publishing work that assesses the consequences of tariffs imposed in 2018. Two recent working papers published by the National Bureau of Economic Research, a well-respected, nonpartisan research institute, drew the same conclusion: The costs of tariffs were passed to consumers and importers.

Washing machines, in particular, are an interesting case study for how that happened.

In 2018, there were six waves of tariffs announced by the United States throughout the year, as illustrated in the chart below. In turn, China responded by levying on billions of dollars of U.S. exports, and the EU, Mexico, Russia and Turkey soon followed with measures of their own. The first wave of U.S. tariffs imposed duties ranging from 20 to 50 percent on washing machines, among other goods. This wave had “an almost immediate effect on prices in the U.S. economy,” wrote the authors of a March 2019 working paper (the first of the two aforementioned papers), economists from the Federal Reserve Bank of New York and Columbia and Princeton Universities.

“Despite the fact that the [consumer price index] for major appliances had been falling steadily for years prior to the trade war, it began rising sharply after the imposition of the new tariffs,” they wrote. “We see large increases in prices of goods that were subject to tariffs, with unit values typically rising from 10 to 30 percent in the wake of the tariffs. Given that these numbers are comparable in magnitude to tariffs that were applied, it suggests that much of the tariffs were passed on to U.S. importers and consumers.” What Does This Mean for Consumers?

Washing machines—the first consumer good that tariffs were imposed on in 2018—offer a particularly good case study of the exact cost to consumers. The second of the aforementioned two working papers, published in April, homed in on the washing machine tariff and its effects.

Why focus on the washing machine tariff? “Imports of washing machines have been subject to a wide range of different trade policies in recent years. The contrasting effects of these policies offer lessons for how the specific characteristics of any particular trade policy … will alter their impact,” explained the authors, an economist from the Federal Reserve Board of Governors and two economists from the University of Chicago.

Moreover, “The new tariffs on washing machines in early 2018 were the first of a long string of subsequent trade policy actions enacted by the Trump administration, and therefore the full extent of the effects of these tariffs are evident more readily than those imposed more recently.”

Their paper found that eight months after the imposition of the first wave of tariffs, the median price of washing machines rose by $86—roughly a 12 percent markup. It also discovered something interesting about a complementary good on which no tariffs had been imposed. The price of dryers—which had not been targeted by any trade policy—went up by the same amount: $92 per unit, also a 12 percent markup. Why Did These Costs Fall on Consumers?

The authors of the second paper estimate that the total cost of the washing machine tariff would amount to $1.5 billion annually. In theory, the authors note, this figure could be offset through a number of changes to the trade ecosystem. In the past, for example, tariffs on washing machines had avoided similar cost increases through production relocation. In 2012, when tariffs on washing machines led producers to relocate from Korea and Mexico to China, prices actually dropped. In this case, however, the tariffs stymied foreign competition, allowing U.S. producers to freely raise their prices, according to both working papers.

“Domestic producers raise their prices when their foreign competitors are forced to raise prices due to higher tariffs,” explained the authors of the first paper.

Revenue from the tariff also could have offset the ultimate cost of the price increases, in theory. But the particulars of this case don’t show that happening: In 2018, the tariff revenue—roughly $82 million annually—was dwarfed by the estimated $1.5 billion annual cost to consumers.

2019 has brought more waves of tariffs, but the true impact of these will not yet be known for several months.

Chris Miller Associate Professor at the Fletcher School at Tufts University
URL: https://www.brinknews.com/the-current-trade-war-is-costing-consumers-washing-machines-can-help-explain-why/
Get ahead in a rapidly changing world. Sign up for our daily newsletter. Subscribe
​​