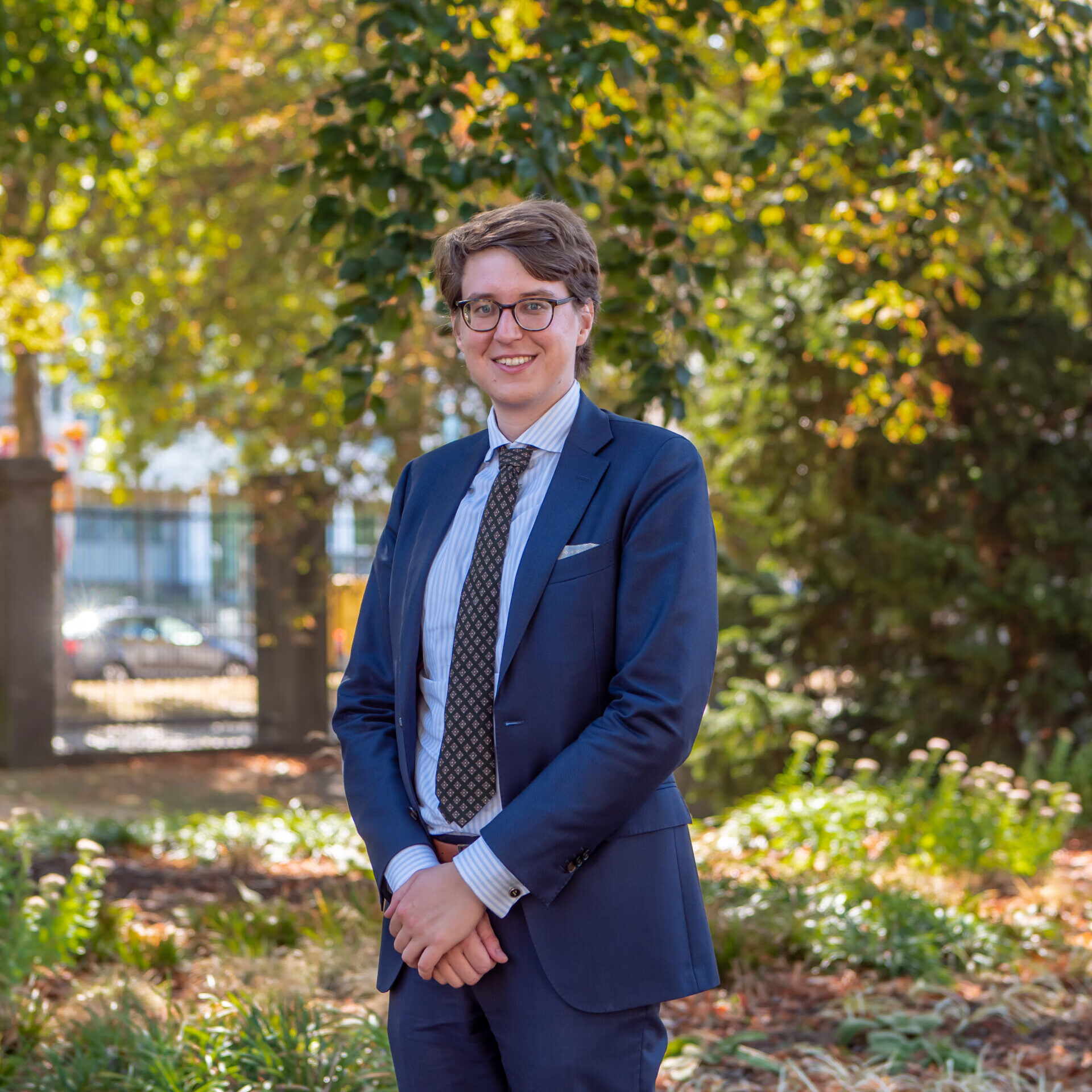 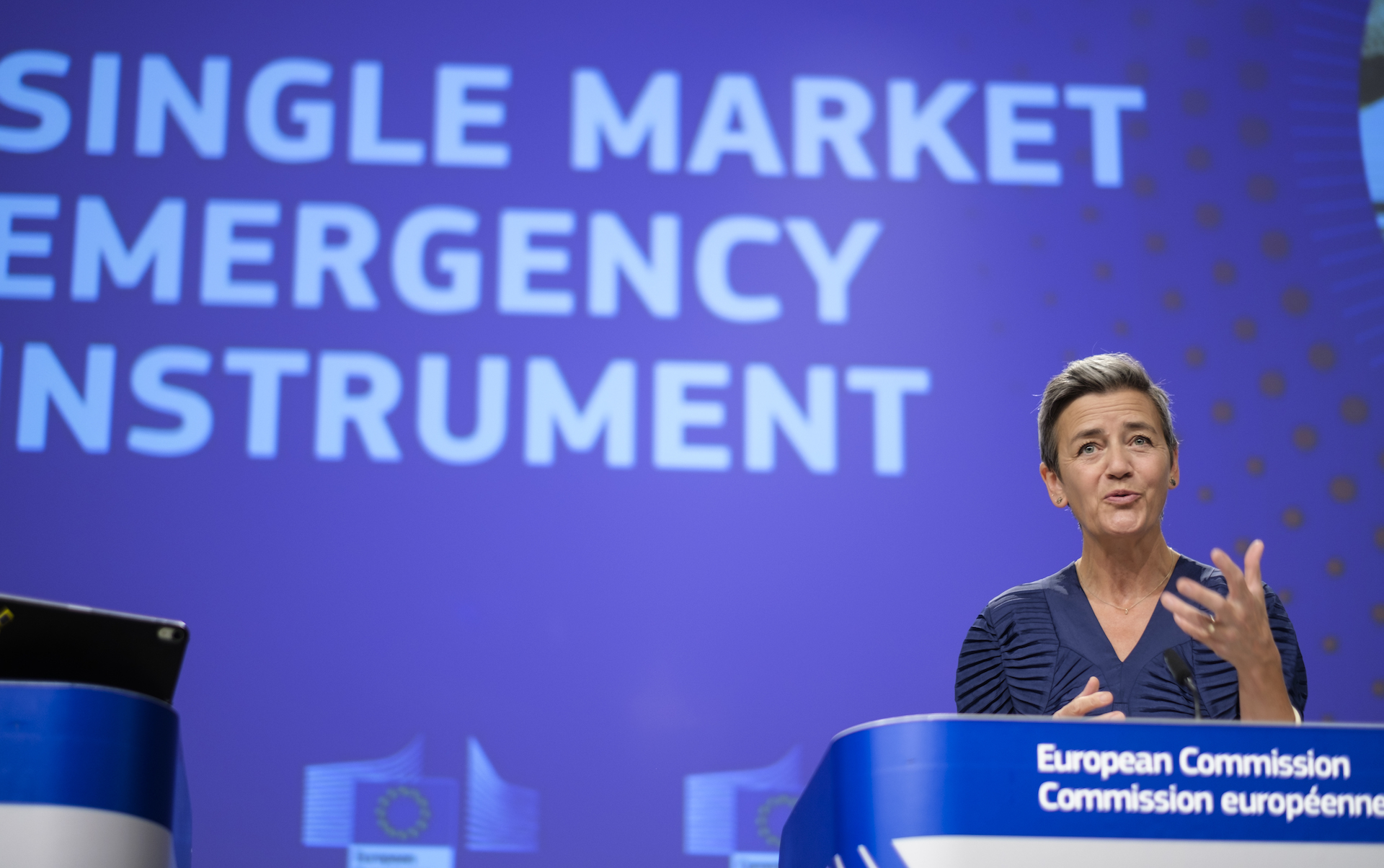 The European Commission recently called for the right to intervene in companies’ supply chains in the event of a major emergency. This follows the COVID pandemic, when many EU countries were hit by shortages in PPE equipment and vaccines.

The so-called Single Market Emergency Instrument (SMEI) has to get the approval of all 27 EU states. If approved, it could include export controls and prioritizing some companies’ production over others. Niclas Poitiers is a research fellow at the Brussels-based think tank Bruegel.

POITIERS: The idea behind the SMEI is maybe comparable to the Defense Production Act of the United States. It will allow the Commission and EU member states to intervene in markets in times of crisis, if they think there’s a risk of supply chains breaking down, or not being able to deliver crucial goods to companies, to industries and to citizens.

At the beginning of the pandemic, there were these pictures of doctors in Italy having to take care of COVID patients in plastic bags and with really improvised personal protective equipment. And then there was the question about how we can get vaccines very quickly, and the EU settled on buying the vaccines for the entire EU instead of EU countries competing against each other for them.

Triggered by the Supply Chain Crisis

The other driver for the creation of the SMEI has been the supply chain crisis we’ve seen triggered by the pandemic, where people are questioning whether companies adjusting their deliveries to be just in time is actually sustainable and manageable. These two things have come together and caused the commission to create this tool that would allow it to require companies to build up stocks and prioritize specific industries over others in times of crisis, to make sure that things that the commission deems strategic and important can still be delivered.

BRINK: And do you think it’s practical — would the commission actually be able to implement this across 27 countries?

If governments intervene in a time where supply chains are already crunched and force companies to reallocate their supply chains in a beggar-thy-neighbor fashion, they could exacerbate the situation.

BRINK: Is the EU proposing to actually take over the supply chain of a company, or just give assistance to a company in managing its own supply chain?

POITIERS: These proposals need to go through the legislative process, but it’s quite far-reaching, going as far as giving priorities to specific companies over others. Aspects of this tool were already in the European CHIPS Act, which says very clearly that the commission has the right to impose export controls, to ban the export of specific goods and to prioritize European customers.

But whether the commission could actually manage all this is very questionable. It’s not clear how it would work in most supply chains, because supply chains are really complex, and managing them requires the specialized expertise of companies. If governments intervene in a time where supply chains are already crunched and force companies to reallocate their supply chains in a beggar-thy-neighbor fashion, they could exacerbate the situation. If the SMEI is going to be applied in this way, it’s a very problematic instrument.

BRINK: Do you think this is more a case of political signaling by the EU to companies, to make sure that they have robust supply chains to service EU customers?

POITIERS: The moment that the European Commission figures out there might be a supply chain crunch in specific industries, I’m sure that the people in that industry itself will have figured this out themselves already. So I don’t think it does much in that regard.

I think the political signaling is aimed more at citizens. We have the supply chain crunch that has led to inflation, that led to people waiting longer for cars, etc. And all of this has created some anxiety. The SMEI is the commission telling European citizens, “We are thinking about this. We will do something about this to make sure that the same thing that happened during the last two years in supply chains does not happen again.” Of course, that is a bit of an illusion. But I think it’s really a political signal in that direction.

BRINK: So as it stands, how much impact will it have on companies that operate in Europe?

POITIERS: I think in the short run, not much. It is something that is meant to be applied in an emergency. And I think the bars to apply this are relatively high. But in the medium term, there is a risk of politicians using this not just to solve real problems, but also to signal that they are doing something.

What Role Should Governments Play in Markets?

It’s really this question of what role does the government play in the markets? And we’ve seen a significant shift in the last few years where the government has taken a bigger and bigger role on steering value chains, on steering industries. This starts with industrial subsidies and prioritizing European interests and things like the CHIPS Act, and the idea of stockpiling specific raw materials, and all this talk about decoupling our value chains from China.

There is an element in the Single Market Emergency Instrument that says the commission might require you to build stockpiles if it sees an emergency coming up. I think we are at a point where the narrative of “we have to do something about supply chains with government interventions” is very strong.

But there are real costs to these things, and I think once people wake up to these costs, the strength of this narrative might wane. Therefore, it is not quite clear to me yet where we’ll land in the end or what will be the new equilibrium between governments and markets.

Niclas Poitiers is a research fellow at the Brussels-based think tank Bruegel. He writes on trade policy, high-tech value chains and data-flows. Niclas holds a Ph.D. in Economics from Universitat de Barcelona.